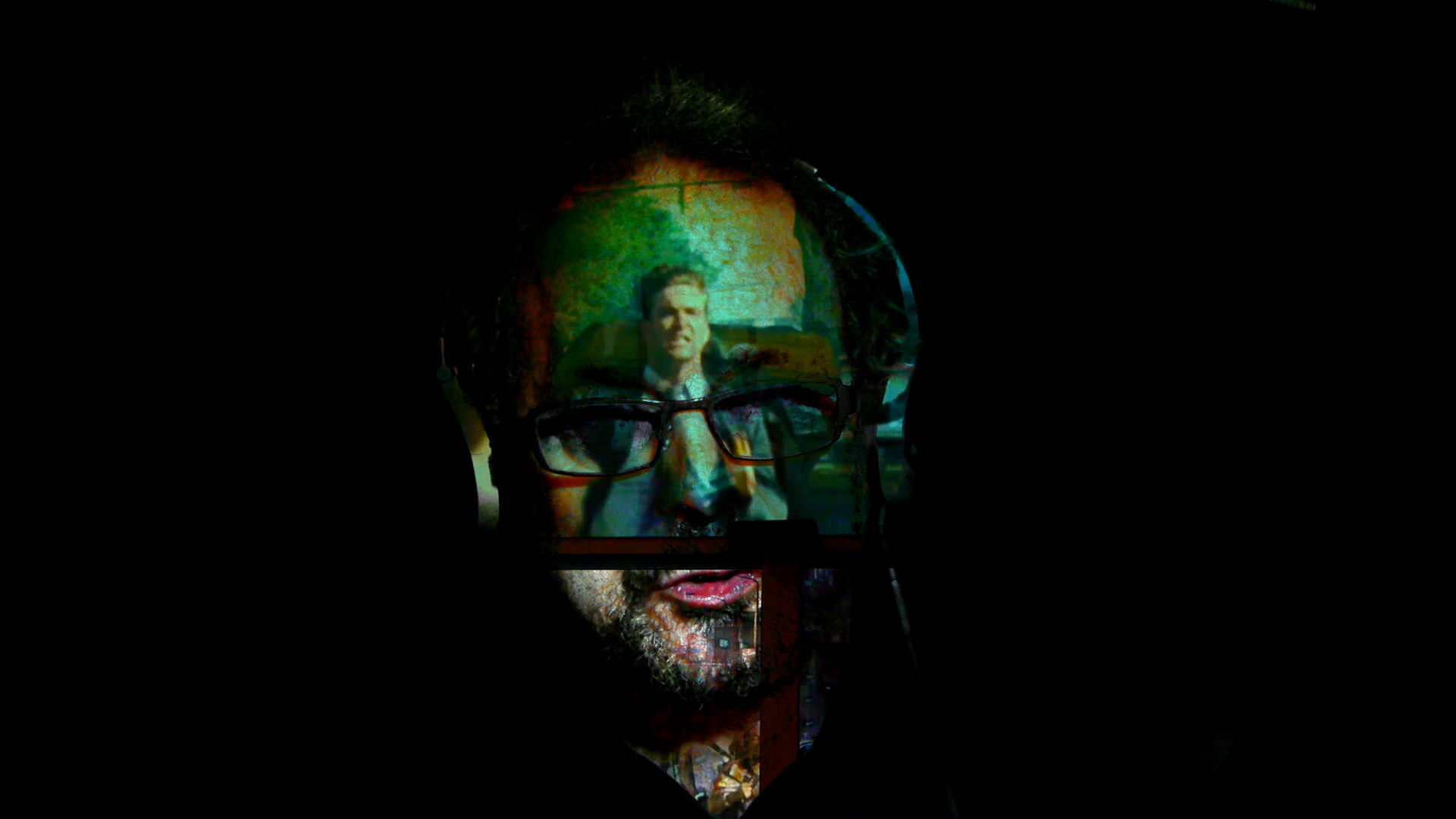 What happens when the media space begins to bleed through your consciousness? What happens when the arbitrary boundary between electronic space and your physical being begins to coalesce? That is an aspect of media research that seems to be brazen new territory for investigation. Of course, such luminaries as Marshall McLuhan, Paul Virilio, Umberto Eco, et al, have written about the effects of media and our feeble ability to immunize ourselves to the unpredictability of its effects. But what do we really know conclusively about this? Maybe its better to keep it all a bit mysterious (I’m sure the high-tech companies would prefer it that way), I say, maybe the undefinable and slippery notion of the effects of media can be material for creative speculation. Well, William Gibson has made a career of this, and even defined the territory (cyberspace) itself where the media lives and breathes.

So as an artist who doesn’t hesitate to venture into these mysterious and sometimes even forbidden places, places we don’t really understand, or for that matter, actually fear. I have dipped my toe (if not my whole body) in the spectacle of effects for the sheer pleasure of wonder and a (perhaps) naive understanding of the inexplicable.

If only life could present itself so that one could really inhabit that space… or just maybe, we already do.