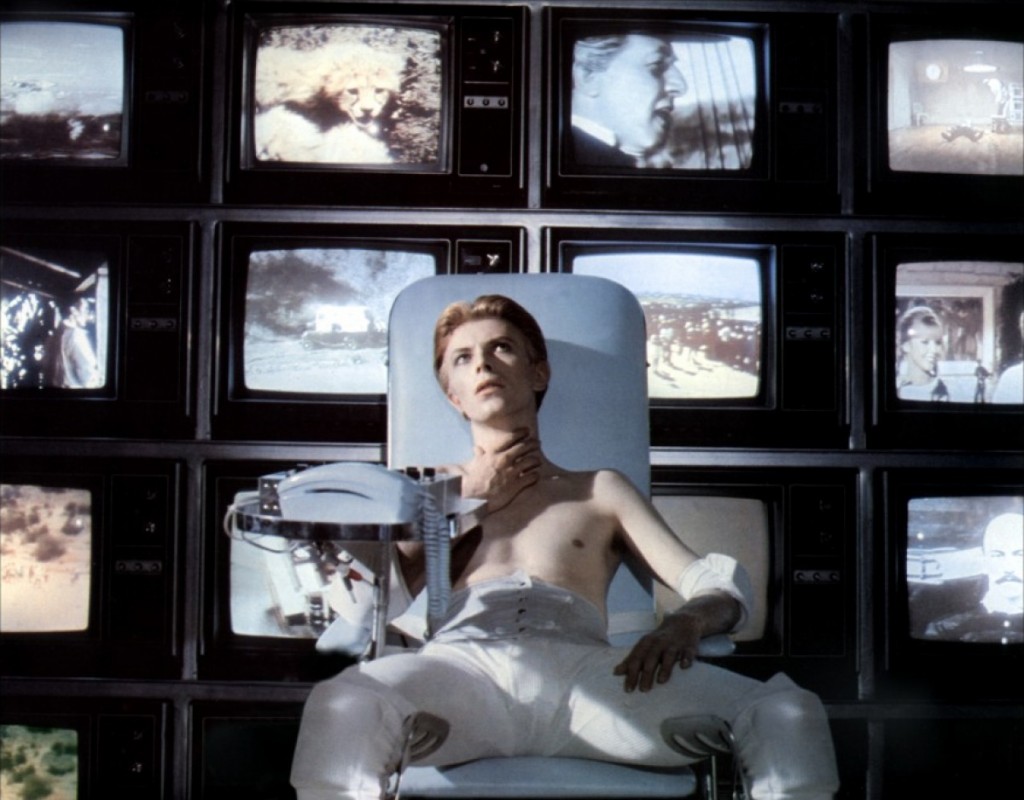 The Man Who Fell to Earth is one of those treasured cult films from the 1970s that taps into a rare and critical view of the role of media. As David Bowie plunged into our earthly, alien world of violence, television, greed and sex, we realize that the world he left behind was undoubtedly the normal one. Seen from the perspective of a visitor: clearly, we are the aliens. Numbed by the saturation of media, images, entertainment, and the ongoing spectacle of the global information culture, we tend to take it all in stride, but when encountering the so-called alien force of the Other, we sense our isolation and realize there is no escape – we are caught in a programmed environment – aliens in our own world.

Yet one thing is clear: it is this recognition of the alien that is endlessly entertaining, a glorious puzzle to be dissected, rearranged and brought into new perspective. There is no need to search for life on another planet when we hardly understand the one that exists here on Earth!