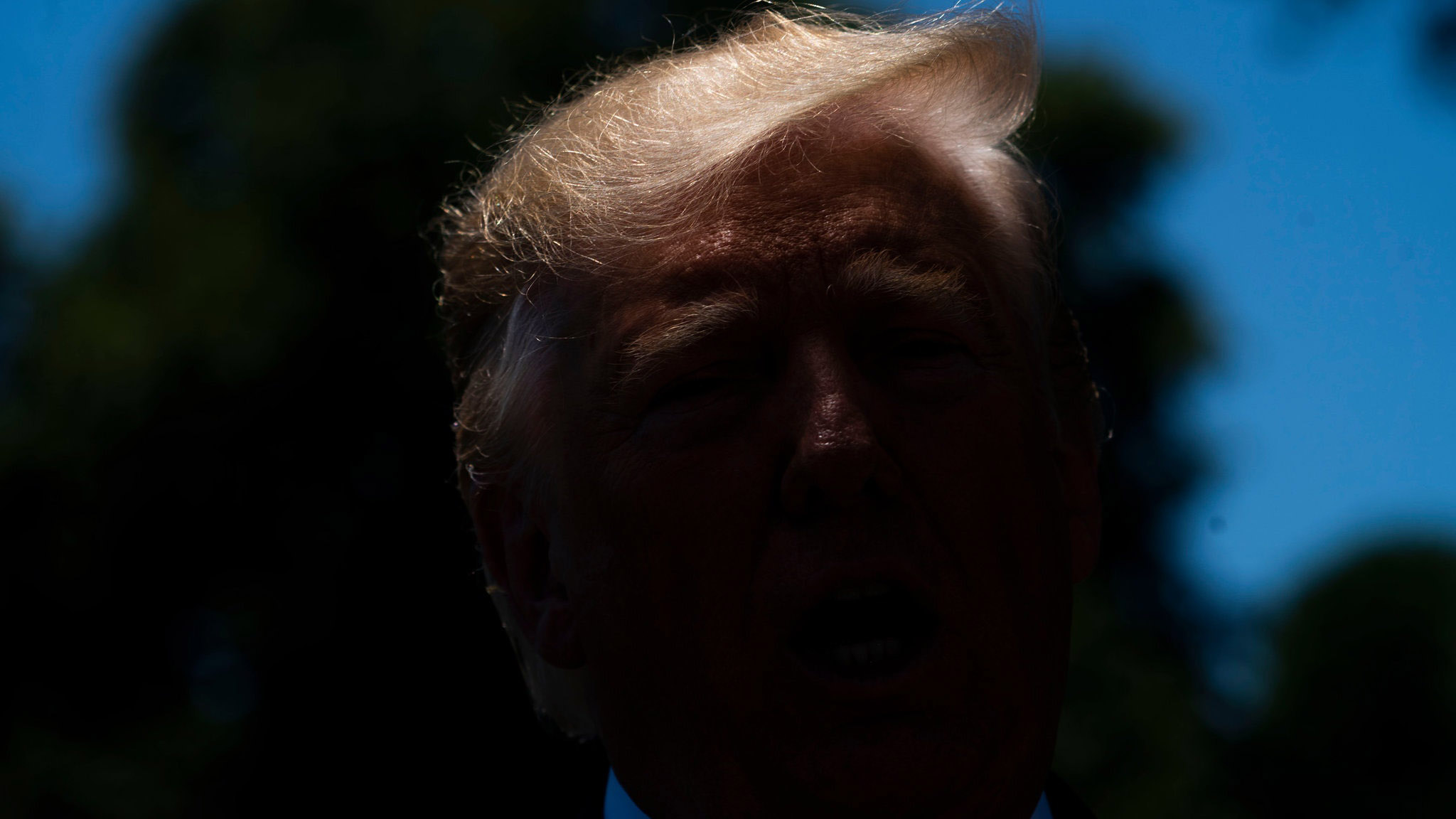 Just when you think you have heard it all, seen it all, you can’t even begin to imagine how this epic horror show could possibly become any darker and more sinister: and yet, it simply does. The XTreme TRUMPological reality show antics we have come to know so well: angry temper tantrums agitated by the press, gangster talk on the White House driveway, a staff of Stepford Wives lying through their teeth, Republicans cowering inside their underground holes beneath what used to be the People’s House, misspelled Twitter missives exploding somewhere off in the distance, all amidst a dazed electorate too brain dead to comprehend just how far they have sunk into this no-longer-metaphorical swamp.

This is the state of things in the TRUMPological dystopic present, in which, rising from the swamp, is a putrid fog that enshrouds whatever sense of normalcy, reality and truth might have preceded the TRUMP epoch. Not since George Orwell’s Nineteen Eight Four and Aldous Huxley’s Brave New World have we witnessed such vivid portraits of the chill of dystopia. Never has the dystopic narrative been written with such realistic terror. That is because, in essence, this is not a novel, IT IS REAL. The only thing that is fake is the false reality TRUMP has inserted into our minds. In other words, we now reside in a post reality, in which all things are untethered from the real. This is the new dystopian nightmare, a story told in the form of a reality show, happening in real time, unfolding before our very eyes in the physical space of the world as we once knew it.

The details of the lies and machinations no longer even matter. It doesn’t matter one bit what TRUMP and his cohorts say or do or wish for or denounce. With TRUMP at the master control, he has sculpted his own universe of possibilities, where the old rules no longer apply. TRUMP is the master sculptor of his own creation, fashioning the world around him, and us, according to his whim. He is performing our collective reality using the media as his pleasure play thing in order to excite the vibrations of the always-on transmission of the 24/7 media torrent. It doesn’t even matter whether or not we pay attention to this noise. That’s because it is pervasive and ubiquitous: it’s all around and everywhere at the same time, no escape, in which the stink of his madness fouls the air we breathe.

And perhaps, just perhaps, there is no getting rid of the monster. The decay that is feasting away at the landscape of America Life, could leave us so ravaged, so wasted, so burnt to the core, that the presence of XTreme TRUMPology will linger as a terrifying nightmare for generations to come. Just when we’ve barely purged ourselves of Nixon, we find ourselves in a much deeper cesspool of political putrefaction. Everyday is an avalanche of deception that corrodes the public consciousness, to the point where, even the most stalwart of political operators (i.e. Nancy Pelosi) are frozen, paralyzed in indecision, because any move they make will only feed the monster, make him even more dangerous and more permanent. When the systems of government are no longer capable of defending itself against a viral cancer, when there are no longer any methods to immunize against the relentless attack, that is when the body politic simply gives up the fight, and goes softly into that good night.

So where’s the hope? Where’s Obama? Where’s Superman or Batman or Spiderman just when you need a superhero to save the day? How in the world are we going to get out of this mess and find salvation, if, and when, the TRUMPological epoch ever comes to a grand denouement? Most dystopic novels don’t have a nice ending, and I suspect, regretfully, that this one may be no different.