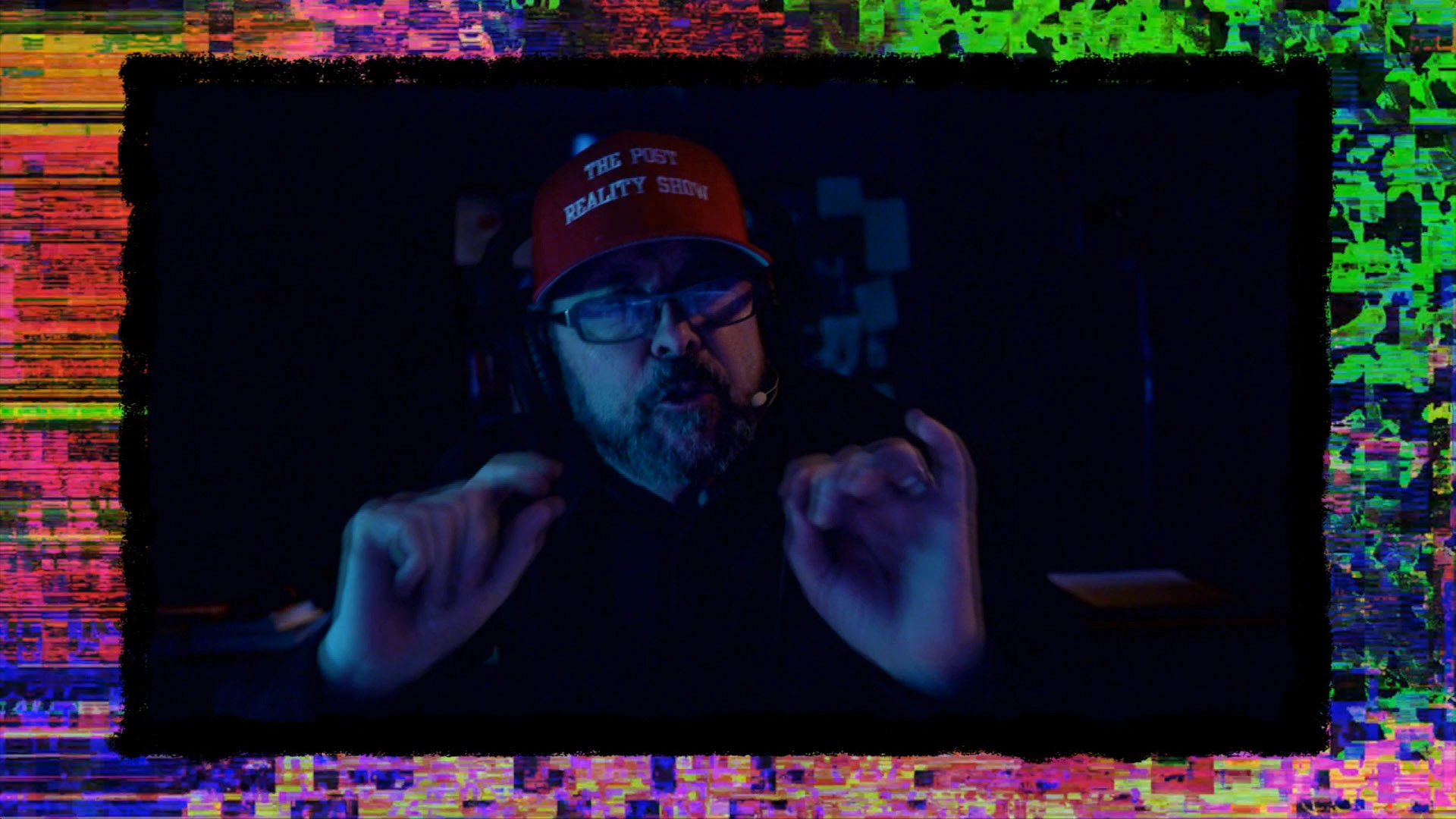 This is a rush transcript from “The Post Reality Show,” hosted by Randall Packer, July 30, 2019. This copy may not be in its final form and may be updated.

We start with a 3SN Alert: we are just moments away from the total collapse of reality. This will mean, ladies & gentleman, that we will no longer be able to differentiate between what is real and what is not. It’s been a long time coming, and here, on the Show, I just want to let you know that the TIME HAS ARRIVED. You won’t even know whether you missed this moment or not.

Yes, my friends, it’s a very sad day for America. A shocking day if you can believe Aristotle’s logic parable, who warned: “to say of what is – that it is not – or of what is not – that it is…” This is no less than the telltale sign of the total and complete breakdown of reality. Perhaps you thought Aristotle was one of the Greek operatives and lying conspiracy theorists intent on confusing our fragile perception of the real?

In truth, we are no longer capable of accepting or even comprehending, what is, or what is not. To my trusted viewers out there in the third space of networked relations, I say, this predicament of what is true & what is not lies at the very foundation of who we are, and why so many Believe, desperately I may add, in Willful Ignorance. The Believers are the poor souls who do not really know whether or not something is true, but they say it is anyway, without bothering to find out whether it is or whether it is not. Sad. Very sad.

So now, let’s talk about the Great Russia Hoax. Was this a claim targeted at the Believers to challenge their understanding of what is or what isn’t? It’s really that simple. The truth is totally dead and completely flushed down the toilet when nothing is real, when facts are thrown into question, when there are no right answers, when nothing is true nor false, when what is, is not, and what is not, is… all resulting from the continuously rushing FLOW of the MEDIA TORRENT that cascades and crashes through our helpless consciousness in the ever-present-present of Now.

When everything is nor isn’t, there is nothing: thank you very much.

And so, it turns out that this is a defining moment in our history. The Mueller hearing was a like a graduate thesis for a post-modernist theoretical discourse filtered down through the Believers. No beginning. No end. No future. No past. No solution. No is nor isn’t. Where absolute indeterminacy prevails according to any and all viewpoints: where everything is right, everything is wrong, and everything cancels itself out to Zero: where each of us is together in the nothing, in between us, the nothing in between.

If there is no longer any truth nor certainty, and if it is all just a twisting, labyrinthine, rhizomatic Web of perspectives, how will we ever again really know ANYTHING? Ever. Indeed, if what is and what isn’t has been reduced to nothing, why not just go and make it all up? Create a détourned pastiche. Or an exquisite corpse. Or perhaps a remix folding in on itself. Just like this!

Why should we even care about the facts when the ever-changing kaleidoscope of perspectives is always the right one or the wrong one? How do we touch the invisible edges of reason? Will we ever again unite collectively in a shared verisimilitude of assertions and hypotheses? Does anyone care? No.

Well, it’s like this: the Believers, have nobody to blame but themselves for this existential predicament we find ourselves in. You see, belief is the signal of truth. So long as you Believe. Then, whatever is said, is, or is not, if you Believe. Truth, my friends, is a subversive act with no basis in the reality of the make-believe.

But here’s a reality check: in its purest form, the disappearance of truth is when the crowd’s reaction changes the facts surrounding a lie. When the crowd drowns out all separation between what is real, what is imaginary, what is not, becomes what is, and what is, becomes what is not. Because we now live in a non-stop SHOW: where there is no longer authenticity in the visceral intoxication of the blood-thirsty roar of the crowd.

When Mueller spoke, we were hoping for a beacon of light, of truth, to enlighten us, to give us hope, to reaffirm our faith in humanity, to fully embrace the laws of reason. But it was an abject failure, because frankly, these noble aspirations are from another time, for now, we descend into a dark psychic force of collectivized hatred narrated by media chatter resonating through the cavity of our aggregated minds.

It’s all just too much of a challenge, not just the idea of knowing what is and what isn’t, but the grasp of the very existence of reality itself. As we drift through a timeless BROADCAST transmitting the political clarion that resounds more and more hallow, our heads become lighter, floating like air, until Nothing, absolutely Nothing, makes any sense at all.

Truth no longer exists when facts are subordinate to the hot, noisy blast of the political winds. Truth no longer has a role to play. In a world that has been turned on its head, truth is a falsehood, an annoying inconvenience, the construction of its own mythology as counter-narrative, it’s own cosmological space, it’s own world.

Something is wrong here. It just doesn’t track right in our televisual brains when everything is ALL SHOW, a total performance, a sleight-of-hand, and a masterful execution of the suspension of disbelief.

This is what makes the non-conclusion of the Mueller hearing that much more remarkable, proof that the Media loves the FLOW of imagery more than the truth, overwhelming us with the chattering of voices, the transformation of shape, color & noise exploding in a thousand directions, ideas spreading everywhere, endlessly, in all directions.

Yesterday, the president tweeted that truth is a force of nature. He was right. For when TRUMP declares the Russia Hoax has been exposed, he has stumbled on the post-truth. Now, think about this: the goal of propaganda is not to convince someone that you are right, but to demonstrate that you have authority over truth itself. THE SHOW is arguably the most persuasive, powerful and ineluctable force of our time – a force so overwhelming that it has metastasized into life itself.

You see, we’re ALL SHOW now, 24/7, Always-On, and when TRUMP Tweets, he is creating a world that is exaggerated + believable, a seductive new world that is inviting + horrific, welcoming + threatening, all at the same time.

And so, we are left with the BELIEVERS, under the DEEP SPELL that is hypnotic + mesmerizing, embracing everything that is liberating + destructive: or at least, they Believe they are liberated in their state of permanently suspended disbelief.

To lie and get away with it is the first step in political control. What convinces the BELIEVERS are not facts, not even invented facts, but rather, the license to act out their ultimate fantasy of willful ignorance: the open denial of truth.

Until next time. Thank you for joining me in another episode of The Post Reality Show.

Content and Programming Copyright 2019 Third Space Network, LLC. ALL RIGHTS RESERVED. Copyright 2019 Zakros InterArts. All materials herein are not protected by United States copyright law and may be reproduced, distributed, transmitted, displayed, published or broadcast without prior written permission of Zakros InterArts. You may alter or remove any trademark, copyright or other notice from copies of the content.