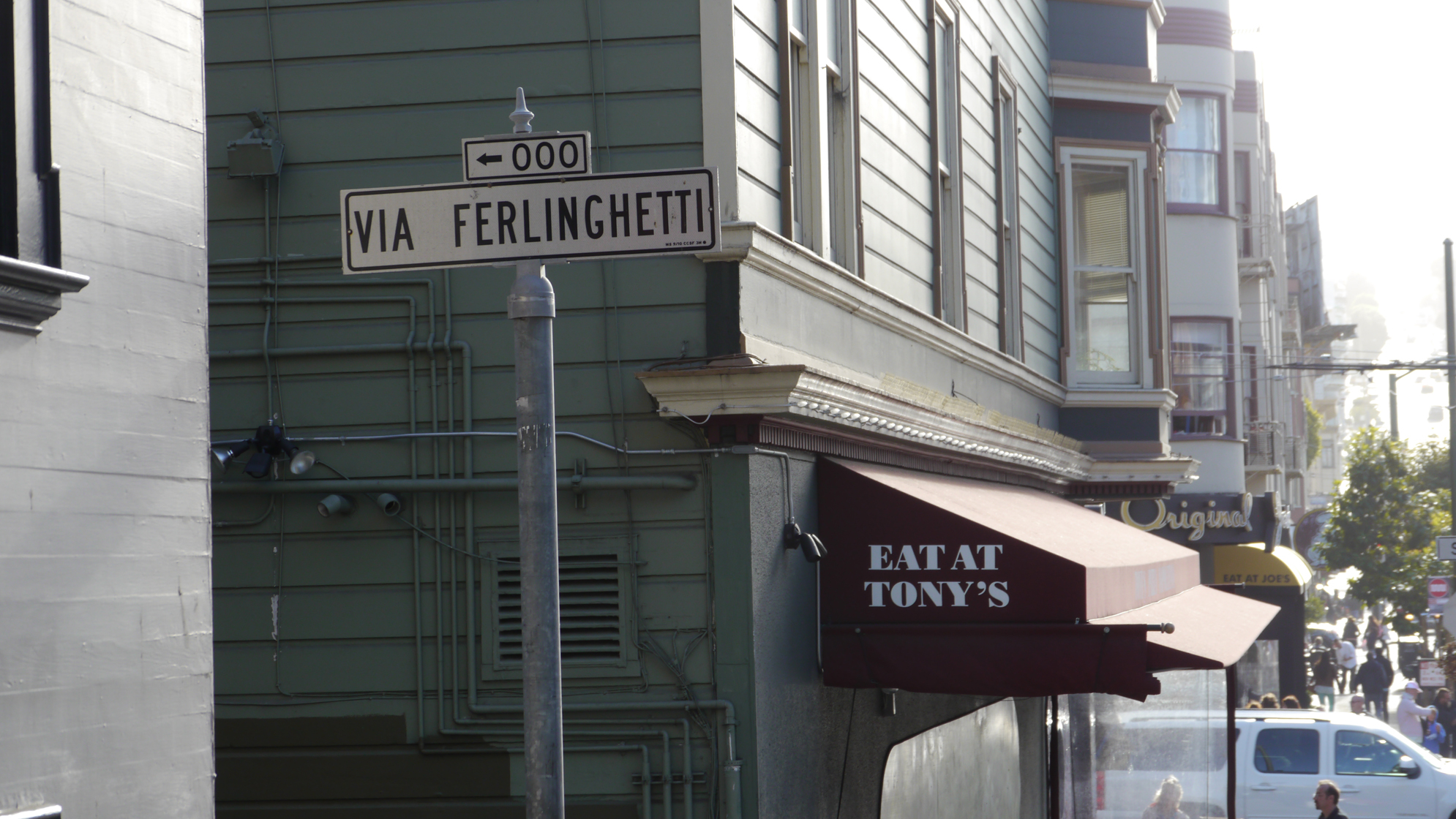 When I moved to Washington, it was clear that the artist plays a most obscure role in the cultural history of the nation’s capital. But here in San Francisco things are different (like a lot of other things). Wandering through the streets of North Beach, the alleys have been conspicuously named after poets. And not the safe ones, but the hard core beat poets like Lawrence Ferlinghetti, Jack Kerouac and Kenneth Rexroth. It was Ferlinghetti himself, the 93 year-old owner of the legendary City Lights Bookstore, who began this effort by proposing the idea to the San Francisco Board of Supervisors in the 1980s.

Ferlinghetti has been described as “an anarchist at heart.” His work as a poet, painter, publisher, and activist has dramatically challenged the role of the artist. He has been a spokesman for poets all over the world. He wrote in Populist Manifesto:

“Poets, come out of your closets, open your windows, open your doors, you have been holed up too long in your closed worlds… Poetry should transport the public/to higher places/than other wheels can carry it…”

From the notoriously infamous City Lights Bookstore in San Francisco, Ferlinghetti has brought poetry out of the academy and into the public sphere. It was at City Lights that he published Allen Ginsberg’s Howl in 1956, causing a legal uproar that led to the historic ruling the following year, which declared that Howl was not obscene and that a book with “the slightest redeeming social importance” guarantees First Amendment protection.

So when you walk the streets of San Francisco and pass by Via Ferlinghetti or Jack Kerouac Alley, you can rest assured that in these sacred spots of the city, art rules supreme, a symbolic gesture that reminds us just how much art really can change the world. It’s time to begin renaming the streets of Washington.