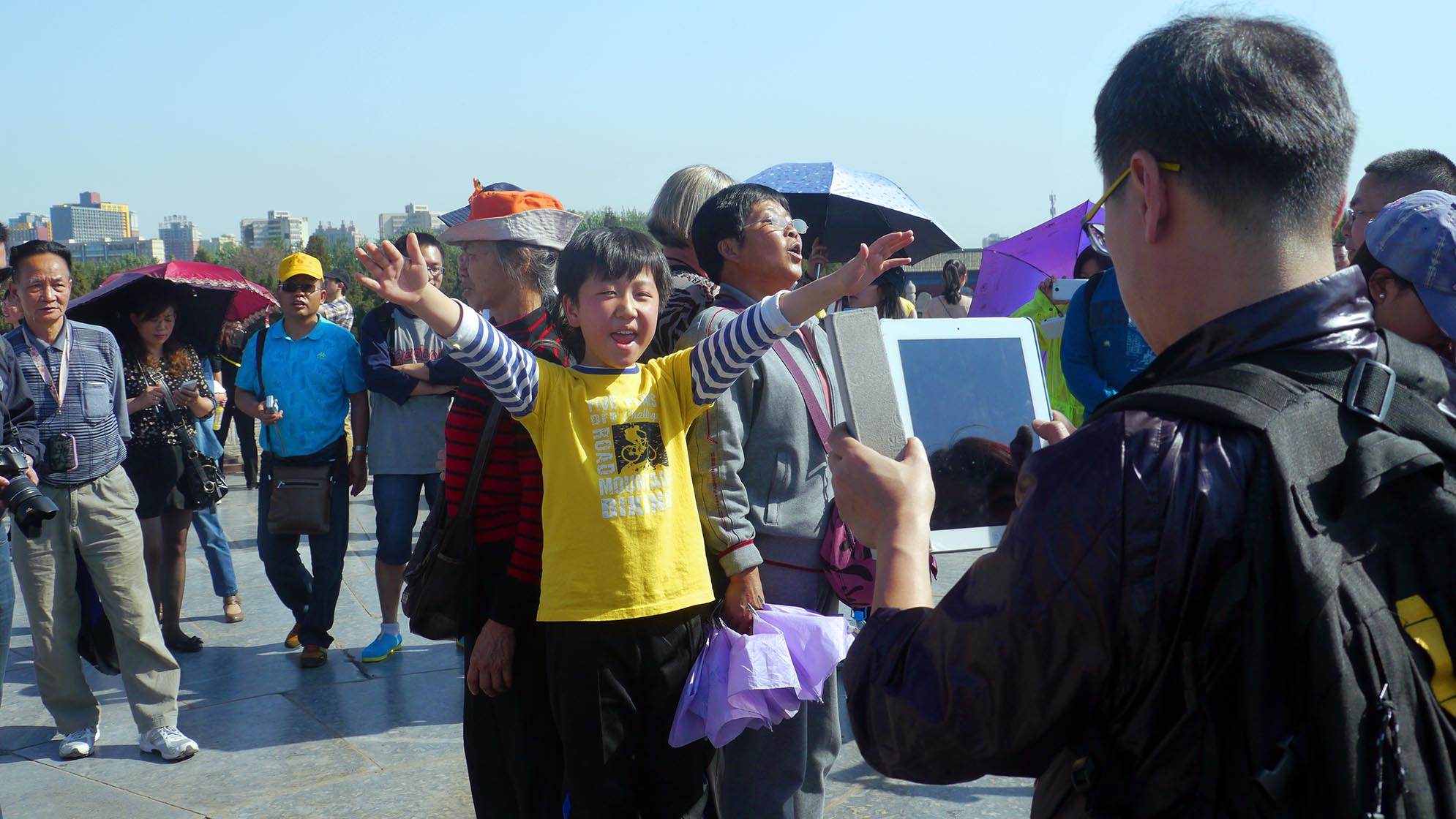 Beijing: If there were any doubt we live in a global village defined by the ubiquitous presence of digital media, it’s all right here in China. It’s everywhere. The country is like a commercial for Apple Computer: iPhones, iPads, Apple Stores wherever you go.

At the tourist sites, such as the Temple of Heaven, where the emperors had constructed a lavish devotional palace for activating the Gods to bless the crops, today, the activation is through media. Whether it’s America or China (or most of the rest of the world), people are obsessed with media documentation. Every moment, every smile, every temple, every experience must be captured, stored and archived. In the alternate universe of digital media, there is an explosion of bits and bytes that far outstrips the growth of human population. In fact, here in China, each and every family is limited to only one child (the idea of brothers and sisters and aunts and uncles and cousins is becoming a rarity), so it stands to reason that the proliferation of media is a way of reproducing the digital other. So if a child can’t have a brother or a sister, how about an avatar sibling?

In the global village where technology pervades our everyday lives, the language of new media has become universal, a way of representing ourselves in the world, a way of seeing the world, the new lens. Nam June Paik’s TV Buddha (from 1974) seems particularly prescient here in the East, in which the Buddha is contemplating his own image via closed circuit television. 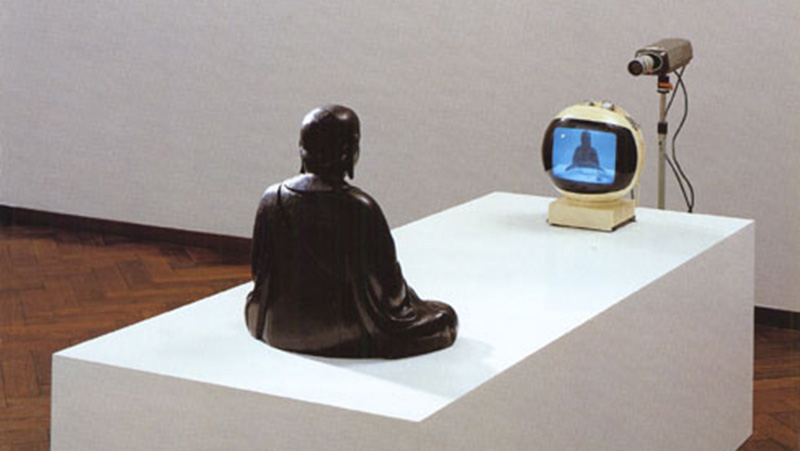 If the medium is the message, than perhaps the experience of live media is the religious illumination of the 21st century.