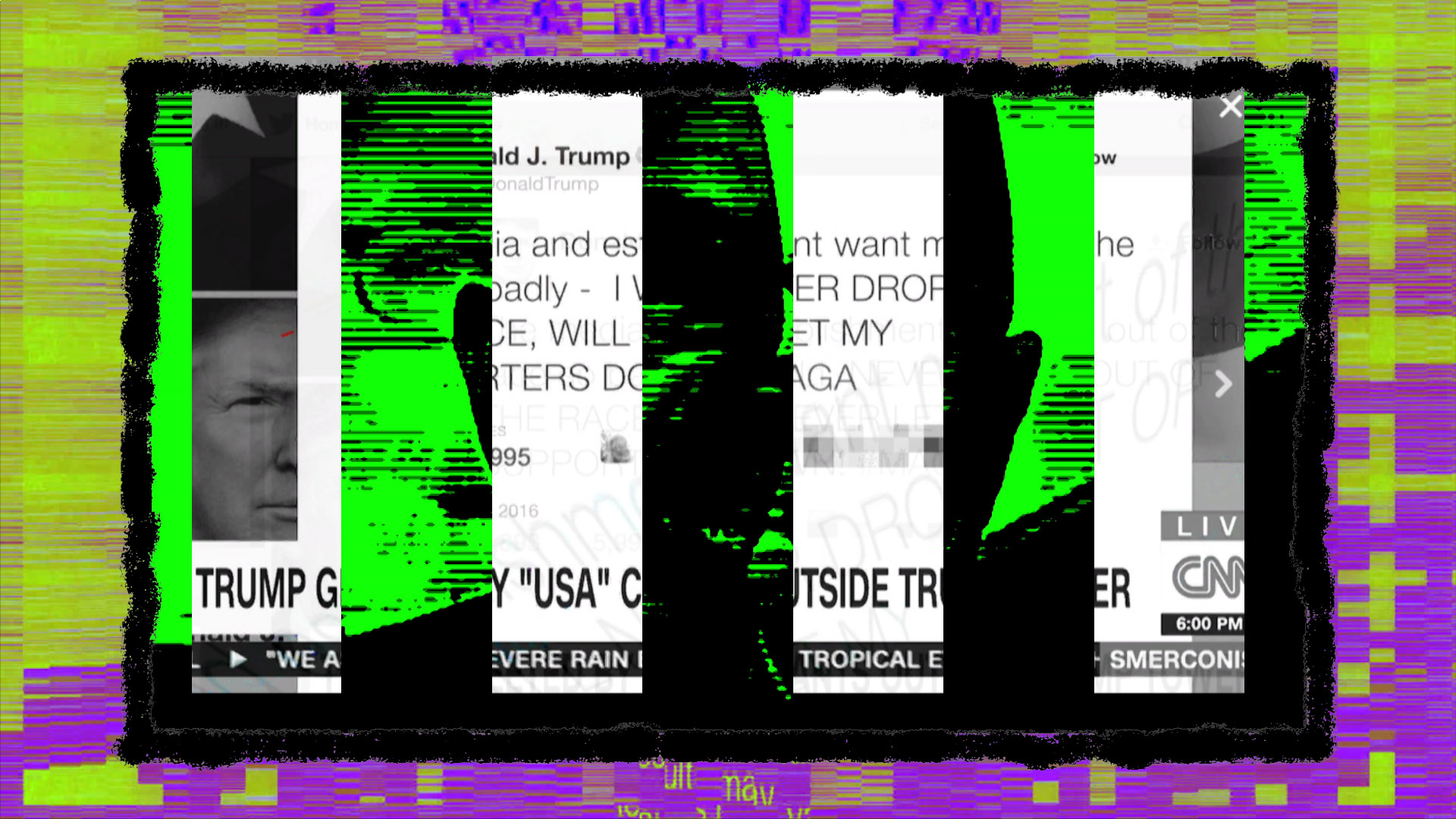 You can think of the Wall as concrete, steel, perhaps barbed wire, cyclone fencing, or even a bale of hay: but in the XTreme TRUMPological post reality of the non-stop 24/7 continuous medial flow, the Wall that ultimately divides and disconnects us is the Wall of Mediation.

While the Southern Border has metaphorically become a barrier and the front lines of the War on immigration, the War on the Other, and the War against an open society, meanwhile, what remains of political dialogue almost exclusively takes place behind barricades of media: that is, social media, broadcast media, blogger media, and a dizzying, uncategorizable myriad of media chat rooms, bulletin boards, and online forums.

In those rare instances when the Political Players are together in The Room, those situational rooms of a bygone era where expressive dialogue across the Party divide would take place in the romance of the face-to-face process, this long lost dialogic foundation of democracy has broken down to the point of total deterioration.

Once they escape the socially and politically awkward physical presence of one another, the Players are back in front of microphones, smart phones, keyboards, and pundits, tossing media grenades of sound bites and hardened talking points at one other from the safety of their strategic position behind the Wall of Mediation.

From the Grand Theatre of Operations ensconced in the battle hardened turret of the Oval Office, the Master Gunner himself aims a Tweet directly across the bow of his phone – from behind the Great Wall of Mediation – the velocity of his missives detonate the medial universe in a fiery explosion of likes, redirects, and pundit feedback. This Big Bang, which resonates throughout the 24/7 news cycle, showers the world’s discourse with fragments of pixelated electronic shrapnel that rips and tears its way through our collective consciousness.

That is the destructive dynamic of the (post) “real” Wall of Mediation, which in essence, is far most divisive than any physical barrier we could possibly imagine, a virtual structure stretching far and wide and everywhere all at once. The Wall of Mediation is omnipresent, pervasive, total: a Wall that unites and divides The World Brain synchronously and simultaneously.

Where once we dreamed of a utopian collective consciousness amplified by an electronic nervous system strung by wires, cables, and routers – today in the hands of subversive hackers, demagogues, dueling TV pundits, and crackpot trolls – the Utopic Network of the Global Village has sadly morphed into a massive Wall of Mediational Containment, trapping whatever intentions of openness, optimism, and hope the Internet’s dreamers may have imagined.

Here is the crucial issue: the Wall of Mediation is largely invisible to the unaided human eye. Unless we train and focus the lens of our critical senses on this massive electronic barrier, we will never expose the tactics of the malcontent despots who order its construction.