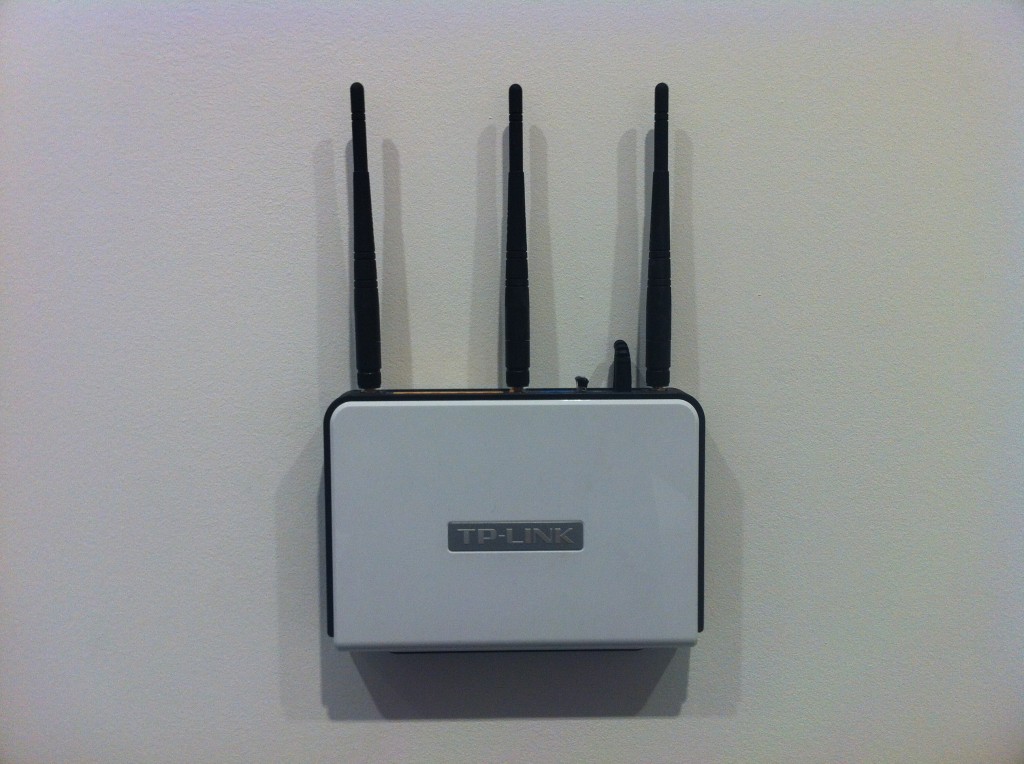 The elusive genre of net.art has had many lives and many deaths. During a period of history that now approaches twenty years, we have seen the declaration of utopias, manifestos, and aspirations of the avant-garde. We have seen museum and gallery gatekeepers sidestepped by determined artists collapsing and subverting the art world system: distributing their work fearlessly through the network. net.art was always associated with a certain defiance of the status quo, it was the 90s resurrection of 60s social change and rebellion. This great revival was proselytized by ZKM Director Peter Weibel in his millennial Net_Condition exhibition, when he declared in 1999:

The socially revolutionary utopias of the historic avant-garde, movements of enlightenment, such as freedom of contract, equal opportunities and intercultural emancipation are now to be implemented by technology.

After visiting the recent Ubermorgan show, “userunfriendly,” at the Carroll / Fletcher gallery in London, these hopes and dreams seem to be receding further into the distant memory of a faraway era. Why? It’s not because lizvlx and Hans Bernard, the catalysts behind Ubermorgan, are no longer the outspoken, rebellious, infant-terribles who created such important works as (V)ote-Auction, which critically confronted the 2000 Gore-Bush election for its rampant commodification of the voting process. But it seems that the commodification of net.art has finally caught up with lizvlx and Hans Bernard and their entrepreneurial curator Aram Bartholl, who have decided that creating an Original one-off objet d’net.art is the wave of the future. Unless there is some form of hidden irony, or critique of a networked world gone awry, I respectfully, and profoundly, disagree.

This White Cube commercial-space-cum-solution is the antithesis of the utopian strategies of the olden days of net.art. Now don’t get me wrong, that doesn’t necessarily make it a bad idea. Times change, people change, economics change, and artistic concerns change. The world of art is no longer stuck in the 1960s or the 1990s: it has determinedly moved in a more profit-driven direction as alternative art spaces begin to look more and more like the fantasy of a bygone era. In these days of global depression, diminishing art budgets, and the investment sensibility of collectors and auction houses, the ephemeral nature of net.art is perhaps no longer sustainable for artists who want to devote their lives to creating work for the Internet. What is disconcerting here, is the idea of selling a router encoded with a work of net.art for 10,000 Euros as an innovative solution. Quite the contrary, unless again, this is an intentionally dystopian twist on the way the network has been usurped by the powers that be (one of the themes of the show), it appears to be a decidedly commercial solution. For what has happened to the idea of the network? It is collapsed within the space of the White Cube. The artwork is no longer accessible over the Web, it is no longer linkable from the outside world, it is no longer an open system: everything the utopianists touted some twenty years ago when the Web was born has been stripped and transformed into an Original object. 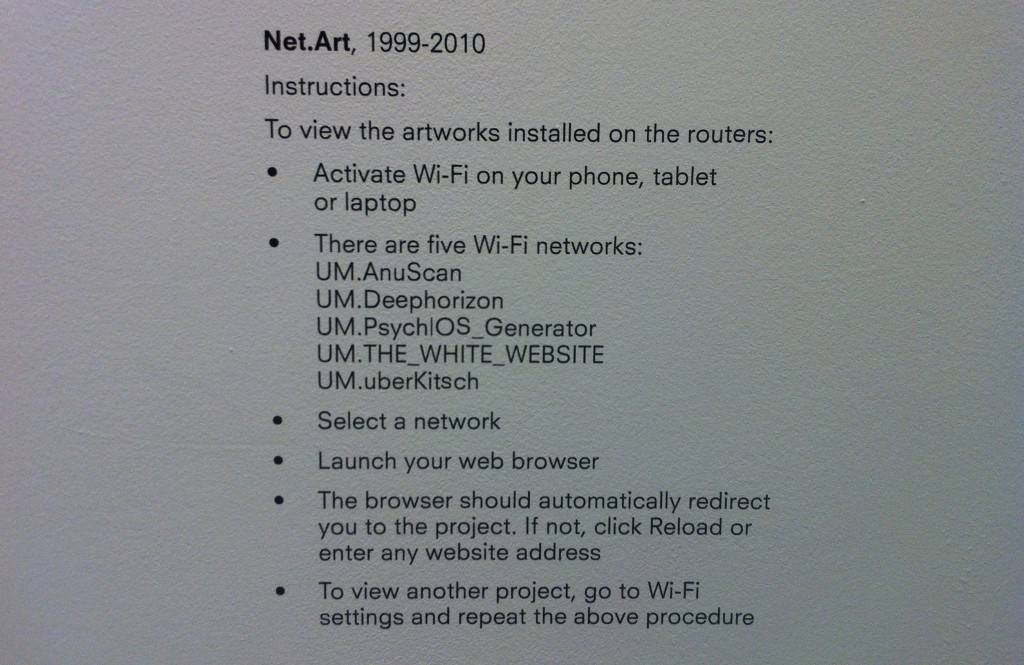 This is how it works: five separate works of net.art are housed in five separate Wi-fi routers that can only be accessed within range of the gallery via the viewer’s mobile device or laptop. This is not net.art you can take home with you, this is not net.art you can show your students, this is not net.art than can be included in the Artbase of a community archive such as Rhizome or Furtherfield: no this is net.art that is locked down and sealed, this is net.art to be sold for 10,000 Euros, and then what? The Wi-fi router is perhaps hung on the wall of a collector’s home, or perhaps exhibited in a museum. Imagine, the idea of hanging net.art? It sounds like a death sentence to me. The idea sends shivers down my spine as I am forced to reconsider the entire history of the network and its aspirations for openness, accessibility, and connectedness.

I’m afraid we are seeing net.art closed tight, sealed, and branded, in order to satisfy the needs of the White Cube fixated on the notion of the Original. Yes, net.art has suffered another lethal blow: this time to commodification, it has been ingested by the art market, and even net.art’s most politically outspoken star players couldn’t seem to prevent this from happening.

Quite frankly, it’s an uber-crisis and it is my hope that the utopian dream of the net hasn’t entirely vanished, blinded by the bright, shiny light of the White Cube.