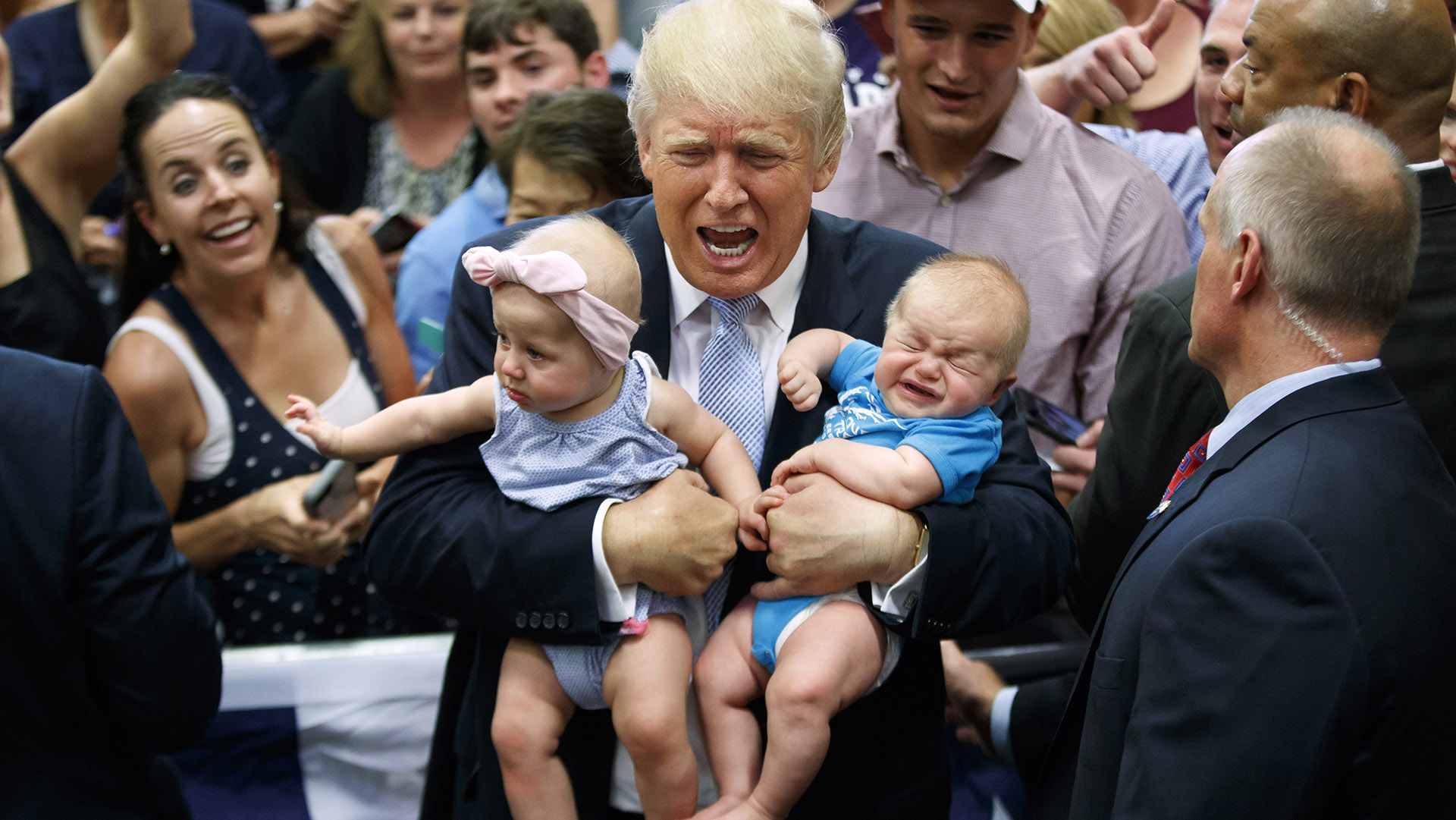 Donald TRUMP is heading straight into the vortex as his SHOW reaches its inevitable denouement. As a performer who feeds off the trough of popular culture, charging his primal instincts with the crude energy of his supporters, TRUMP finds himself burning in a fiery pit of his own creation, attacking everything in sight as he is about to be swallowed alive by an excessive dose of reality.

The TRUMP performance, which began as a survival act to mercilessly beat up his political opponents, was just that, an act refined from his years as the star of the Celebrity Apprentice. He had it down perfectly, a genius of the techniques of intimidation, a mastery for reducing those around him to a puddle of fear, and then a supreme will to destroy those would-be corporate wannebees by delivering the knockout blow: “You’re Fired.” They surrounded TRUMP in his iconic board room to accomplish nothing more than to sit at the Master’s feet in the pursuit of unlimited wealth and power.

Then TRUMP the tyrannical CEO modified the script ever so slightly to modulate his ego-driven antics from the Corporate Tower to American Politics (not really much of a stretch actually). And it worked splendidly, almost too effortlessly as TRUMP the Candidate stormed the primaries to obliterate a field of seasoned politicians and snatch the Big Prize from the Republican Party.

Unfortunately for TRUMP and his racist constituency, the Grand Narrative to Remake America into something HUGE and GREAT – a real winner – has gone terribly awry. What no one fully understood about TRUMP’s performance tactics is what happens when you breach the suspension of disbelief, transgress the safety net of television, and push the reality act full steam ahead into the hot lights of the mainstream political arena where the media lens amplifies every rant, every mock, every insult.

You see, Donald TRUMP is a performer, but he is not an artist. Artists have control over their actions, the script, and the narrative thread. The TRUMP performance on the other hand is like an aircraft throttled at peak velocity on hot jet fuel, in which there is no considered strategy for the descent and the landing.

We are not even talking about improvisation, which is a studied art unto itself. With TRUMP, we are referring to raw, primitive engagement with the audience, a reciprocal feedback loop of frothing anger and hate that frenetically spirals in any and all directions.

So TRUMP, without any thought or insight whatsoever, has culture jammed his way through all the norms of a political campaign (and even culture jamming is much too generous for TRUMP). He now finds himself under a shower of critical attacks from the hungry press and furious politicians, which in turn demands more counter punches, resulting in even more attacks and more counter punches, until the flailing TRUMP machine finds itself on a Kamikaze collision course with destiny.

For Donald TRUMP. as he begins this monumentally epic flameout into a self-made political abyss, performance has become much too real, it’s no longer an act, it’s now an instinctive need to survive. TRUMP’s performance is no longer a game or reality TV where the actors get to pack up their bags and return to real life. TRUMP is the victim of the blurring of reality: he can no longer differentiate between what is real and what is not. The TRUMP script, if you can even call it that, bleeds and oozes into the harsh, hyper-reality of a political suicide mission, where there is nowhere to go but down, down, down.

And the only thing we can hope is that the crashing finale of this tragically post real narrative does not drag us all down apocalyptically with him.