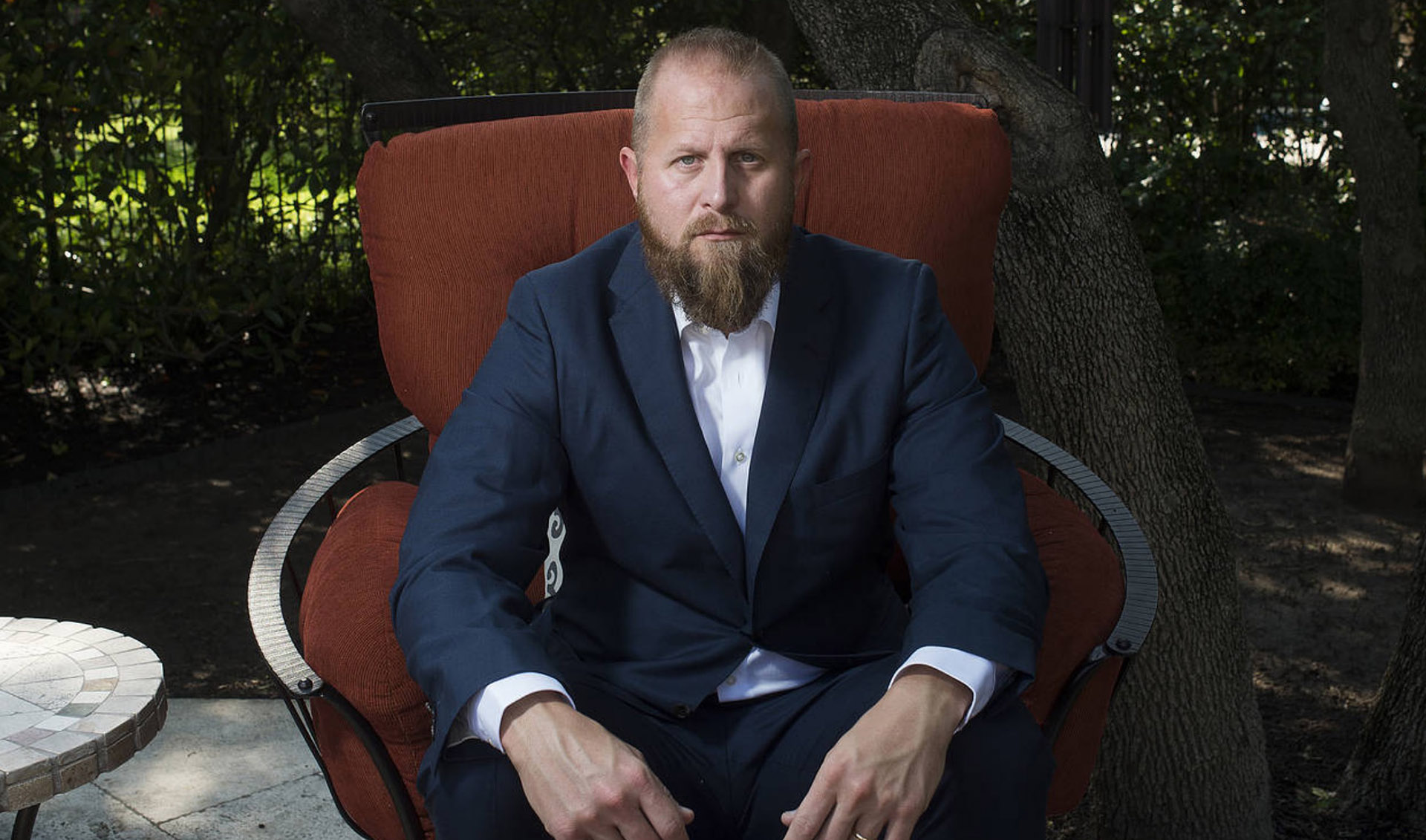 Today, housed across from a La-Z-Boy Furniture Gallery along Interstate 410 in San Antonio, Texas, the digital nerve center of Trump’s operation encompasses more than 100 people, from European data scientists to gun-toting elderly call-center volunteers. They labor in offices lined with Trump iconography and Trump-focused inspirational quotes from Sheriff Joe Arpaio and evangelical leader Jerry Falwell Jr. Until now, Trump has kept this operation hidden from public view. – Inside the TRUMP Bunker with 12 Days to go, Joshua Green, Bloomberg News

Well below the radar of the everyday American citizen who still believes in democracy, there is a secretive bunker operation, thousands of miles from TRUMP TOWER in Manhattan, the San Antonio, Texas digital design shop headed up by the online mastermind Brad Pascale. This is the underground media bunker, where the TRUMP digital strategy has been concocted to build a radicalized movement beyond the election. It’s called Project Alamo (no doubt you haven’t heard of it) and it’s tactical aim is to explicitly and non-apologetically orchestrate widespread voter suppression: the only way TRUMP could even dream of winning the election.

This is serious business, it’s hard to find the words that might suggest any humor or irony in this campaign coup d’état. By engaging the fire power of social media and vast databases of voter information, Pascale is building a massive Facebook data engine to infiltrate the newsfeeds of African Americans, women, Latinos, and anyone else who might be a Clinton voter. The intent is not to convince them to vote for TRUMP, but to not vote at all. All this loose talk about rigged polls and vigilante poll watchers is designed to set the stage for voter intimidation, a scare tactic when combined with a torrent of targeted social media, promises to undermine democracy by squelching the electoral process.

Despite the absurd spin of the TRUMP machine, they really do know they are losing, probably very badly. They are fully aware of the poll numbers: Kellyanne Conway, campaign chairwoman, is a veteran pollster. They clearly read the writing on the wall, but in the quiet sanctity of their underground media bunker, they are busy surrounding themselves with a virtual Wall to house an army of Deplorables, who are more than ready to storm the Alamo, that is, the next four years of a Clinton Administration.

Deep within the digital nerve center of Project Alamo Bunker Control, they are waging a digital war that has already ignited the anger of a forgotten working class, a mob-induced molotov cocktail that TRUMP is hurling against the establishment. By launching Twitter attacks with empty slogans and barely coded hate mongering, as well as bypassing the mainstream media with daily Facebook Live broadcasts (the future TRUMP TV network), they are organizing the masses, goading angry Deplorables into induced XTreme TRUMPological spasms of ugly, apocalyptic passion.

The whole gang of them: Brad Pascale, Steve Bannon (CEO), Kellyanne Conway, Rudy Guiliani, The FAMILY, The Surrogates, et al, have essentially reversed the utopic promise of social media as democratic, participatory collective expression, transforming the medium into darkly manipulative, ideological propaganda and disinformation that not only has the potential of bringing down the GOP, but America along with it.

Yet it is here, from the quiet solitude of my own underground studio bunker operation in Washington, DC, that as a working artist amidst the chaos and calamity of the 2016 Presidential Election, I am busy writing & creating & defending the remaining vestiges of a raw hope of humanity rising.

One response to “TRUMP Bunker Control”