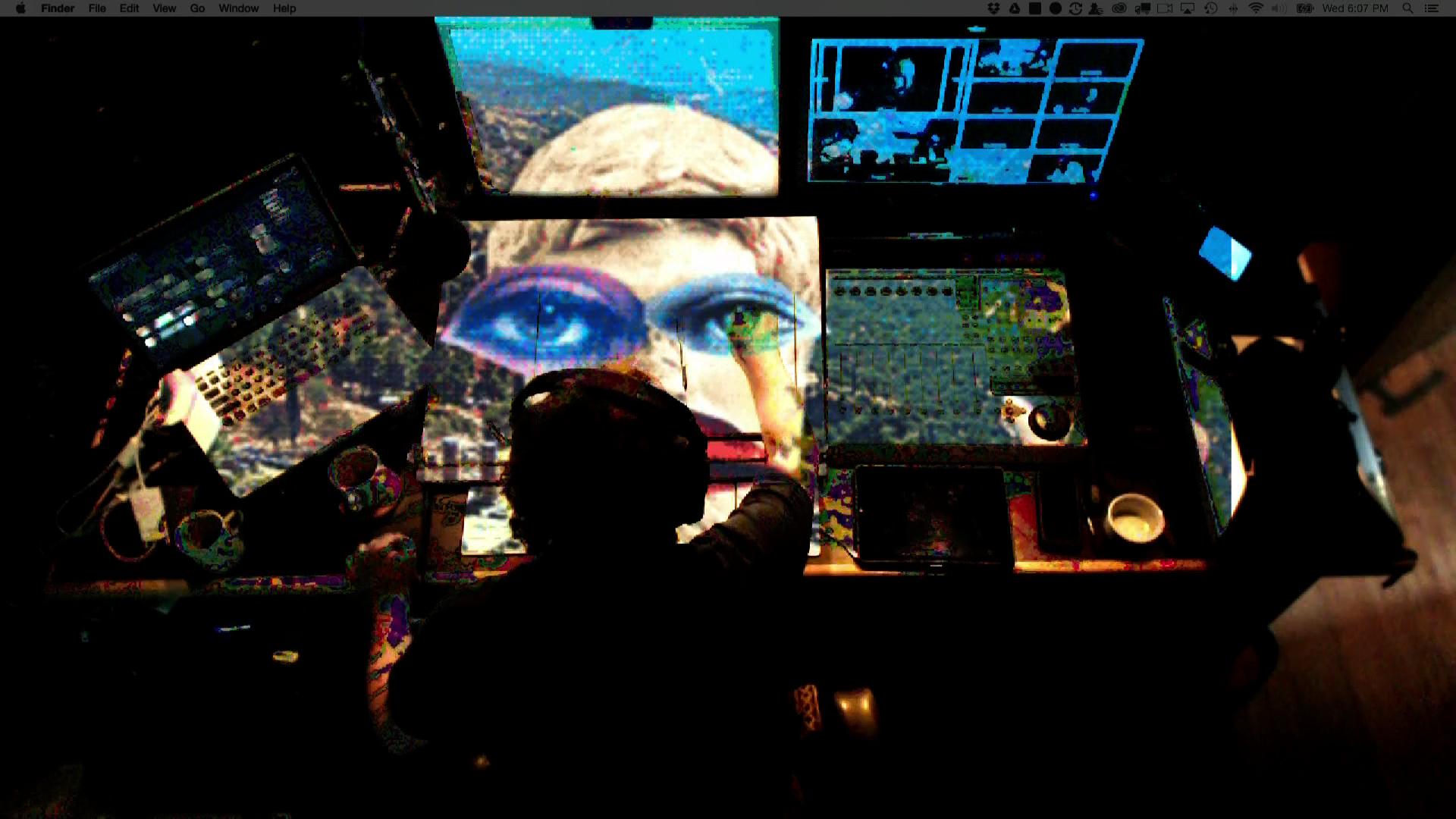 Yesterday I began broadcasting postREALITY.tv from my desk(top), collapsing/collaging my physical desk & virtual desktop, establishing a direct communications link between the physical/virtual space with that of the network. I can coordinate my gestures to capture any received sound, image, and word, in order to redirect the appropriation as a transmission to a live audience. Pointing my mouse across my desk[top] is by extension broadcasted media as though my hand and mouse were functioning simultaneously as a live video cam.

After a day of broadcasting, I continue to contemplate the mystery and immediacy of the live transmission. For not only does the broadcast shorten the temporal distance between performance and audience, it connects it, fuses it inseparably. Just as cybernetic devices have enabled entrance into the virtual, the live broadcast transmits and extends the immediacy of my gesture or utterance to anyone connected to networked space.

Of course, there is nothing particularly revolutionary about this idea, in general, we perform live networked connections all the time via the telephone, text messaging, Skype, gaming, or even the notoriously nasty Chat Roulette. Yet, when you are performing an action through a live connection, something strange and wonderful begins to emerge.

You become the host of your own personal situational act of performative live transmission. In the age of reality tv, when any & all & even the most absurd narratives are broadcast hourly as pseudo reality-stories unfolding in front of unwitting audiences, such as I am Cait in which Caitlyn Jenner stays up all night thinking about transgender issues, it is simply not necessary to fall prey to the seduction of voyeurism and the weird or unhinged.

Rather, with post reality television, you make your own episodes and situations, you are the host of your very own reality (show), you operate your own channel, you are your own media mogul: all without a producer, a contract, or even a sweet deal. With post reality tv, you do it yourself (or with others), transmitting your desk(top) or whatever you fancy.

Make television your own personal broadcast medium and forget about Cait.

An excerpt from the first postREALITY.tv broadcast live from the underground study bunker as an interaction with the networked event 6pm Your Local Time, produced by the Link Center for the Arts: redirecting works by Jon Cates, Michaël Borras aka Systaime, and Electra Radikal from a program by Haydiroket.