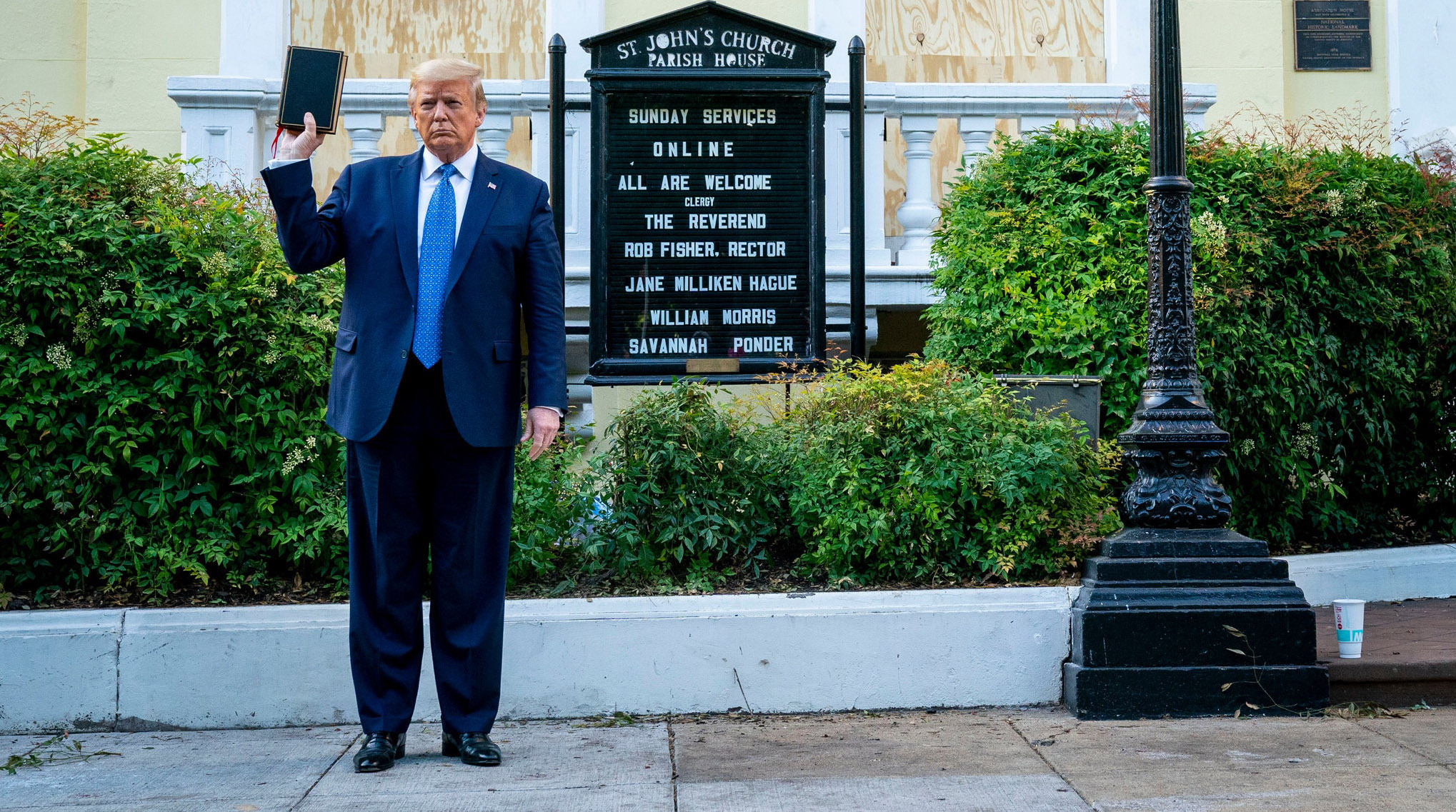 The protest zone in front of the White House, declared a militarized battle space just a few days ago to make way for TRUMP’s absurd crusade in front of St. John’s Episcopal Church, bible firmly in hand, an empty soul using the text as a stage prop, has now been seized by Mayor Bowser, taken back by the people, and transformed into ground zero of the Black Lives Matter movement. For all intents and purposes, TRUMP’s resident address in the nation’s capital is now 1600 Black Lives Matter Plaza, Washington DC. 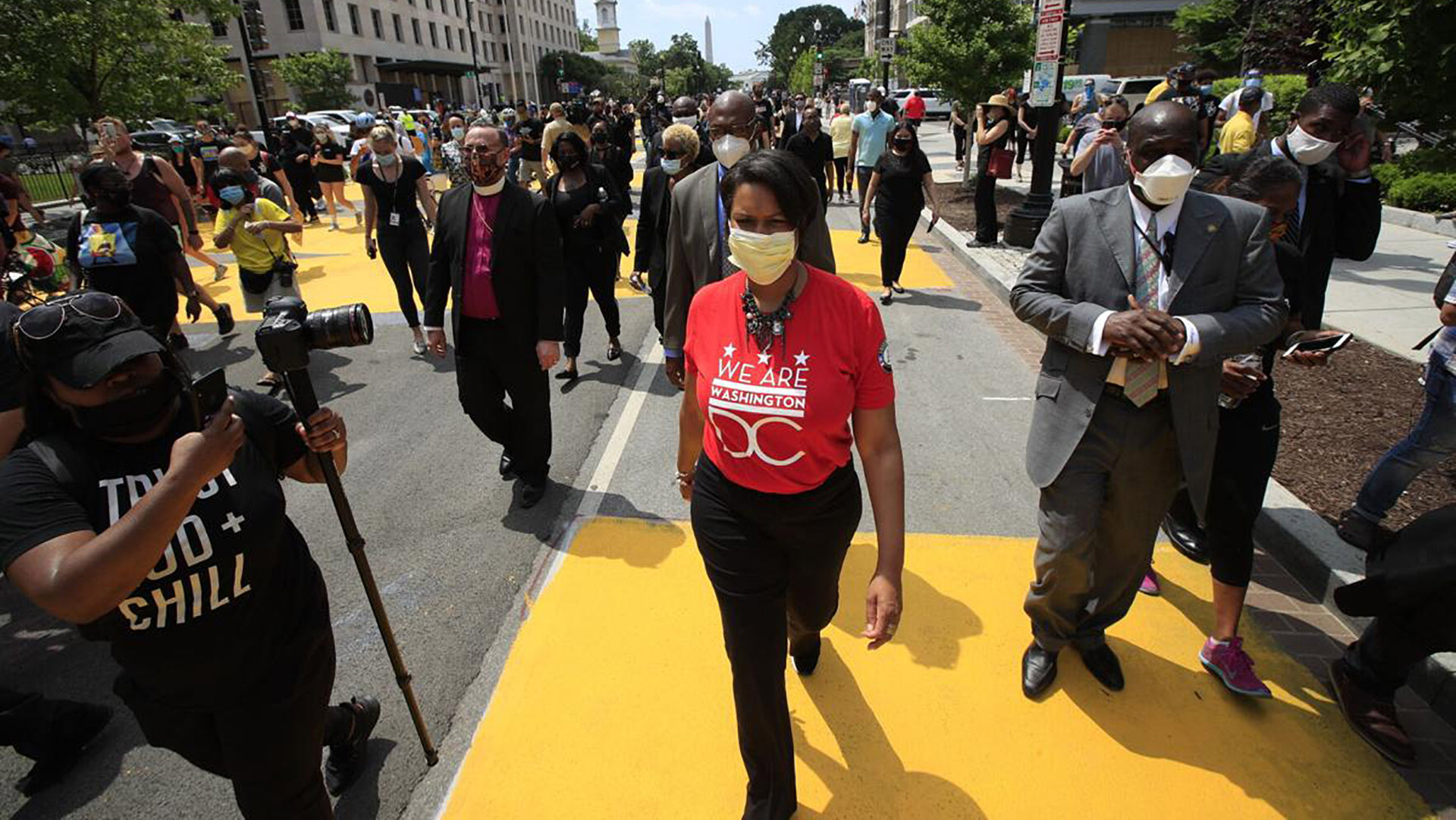 At this historic convergence of a global pandemic, economic depression, and racial injustice, people have simply had enough. Enough is enough. With the country swirling in a chaotic tornado of death, disease and destruction, we see humanity fighting back, rising up in an epic battle against the political forces that over the past three years have brought us to the threshold of a totalitarian state. It has taken a deadly pandemic, crushing economic fallout, and a torturous murder of a black man by a racist cop to wake up America. 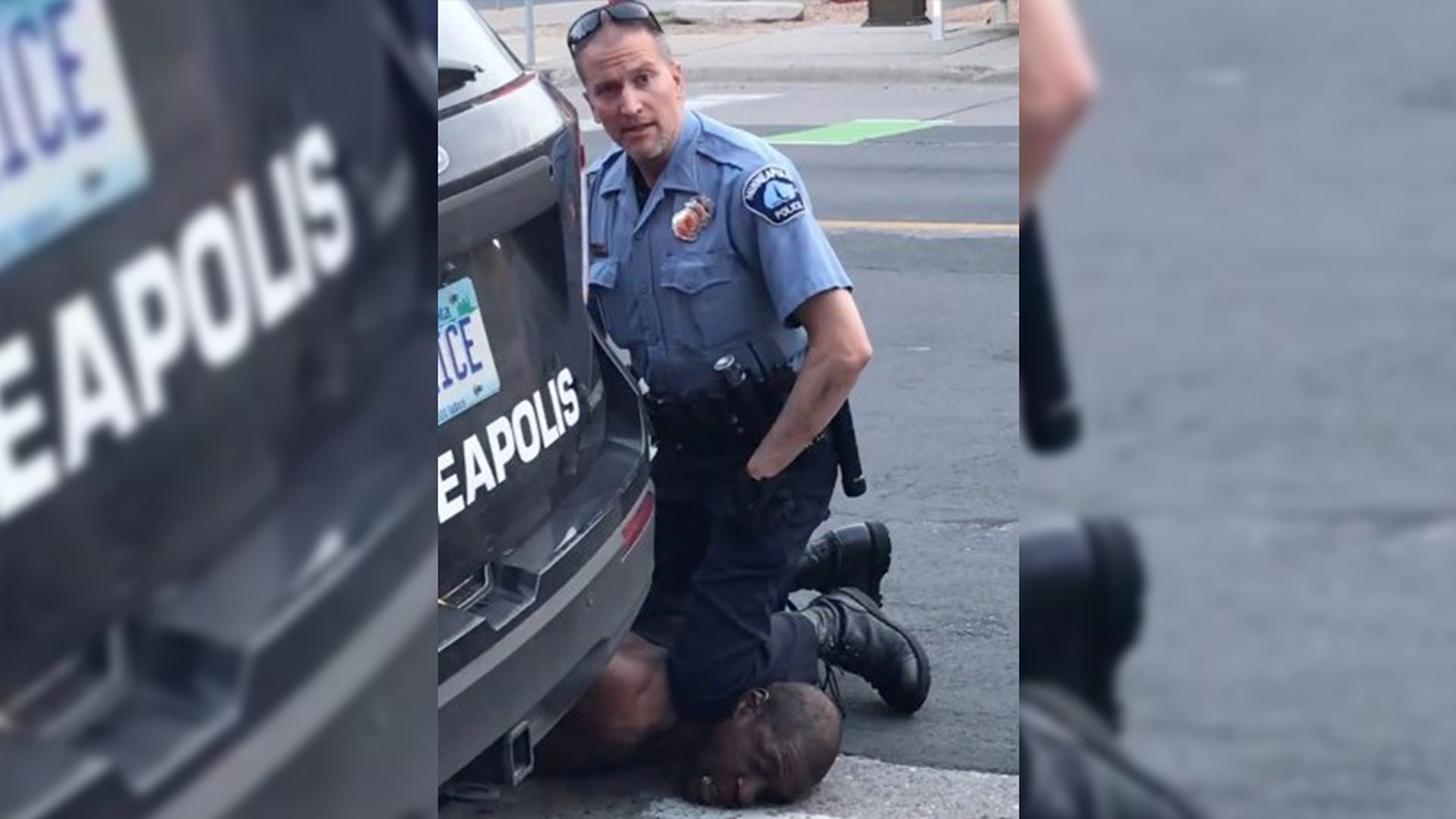 The image of Derek Chauvin’s knee pressed into the neck of George Floyd, forcing the air out of him in a terrifying display of disdain for human life, has burned itself into our collective consciousness. The sheer horror of this cold inhumanity, now a stark symbol of police aggression against African Americans, has catalyzed the release of pent up emotions, deep frustration, and a seething rage that boils and overflows into the streets around the White House and across the country.

While TRUMP hides out in his bunker, surrounded by a militarized barricade that rivals the security zone of the most battle ridden urban spaces in the Middle East, a surging mass of protestors has relentlessly staged its fight, sometimes violent, but always determined in a heroic effort to keep this country from sliding into the fascist society it resembles more and more each and every day. The mass demonstrations are a sight to behold, a cathartic release, a moment of solidarity. 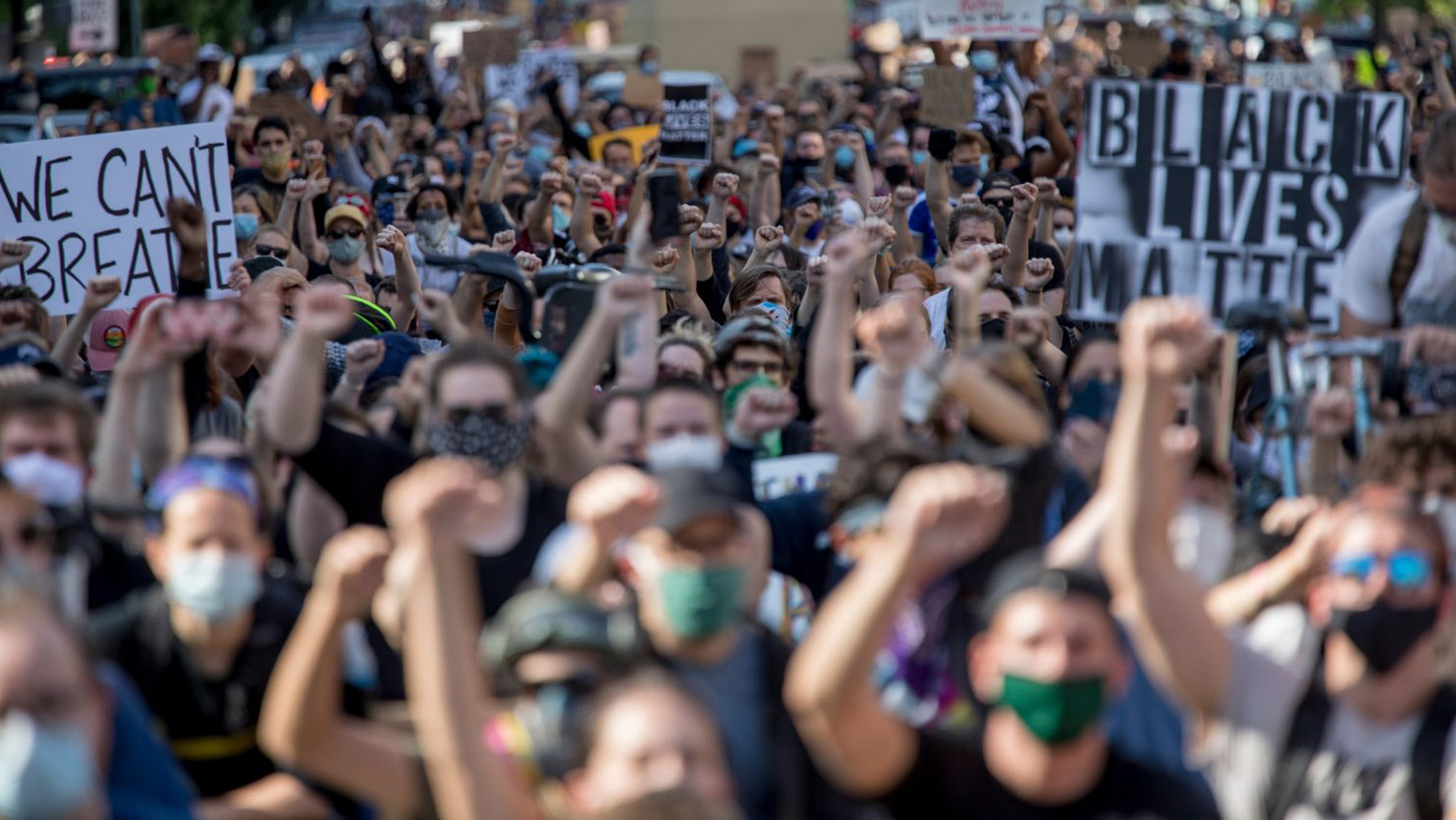 Just as the racial injustice and anti-war turmoil of the 1960s inspired an awakening of political and social consciousness in the boomer generation, there is no doubt the millennials are now having their moment in the sun. For those who are young enough to engage in mass protests in the midst of a contagious pandemic, who feel the need to take that risk to fight for change and to have their voices heard: there is a clear and powerful message being delivered to the powers that be, in the words of Twisted Sister: 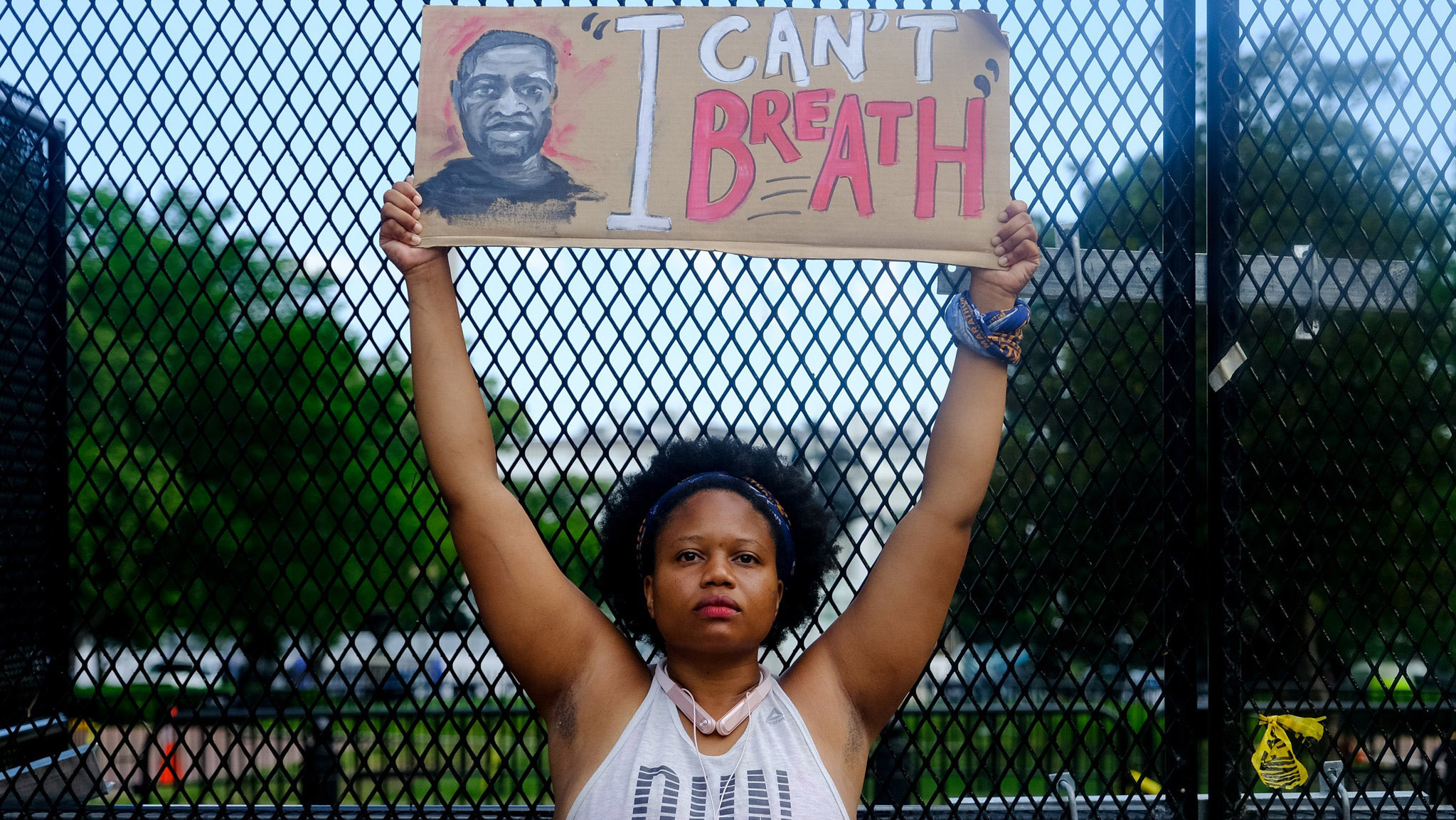