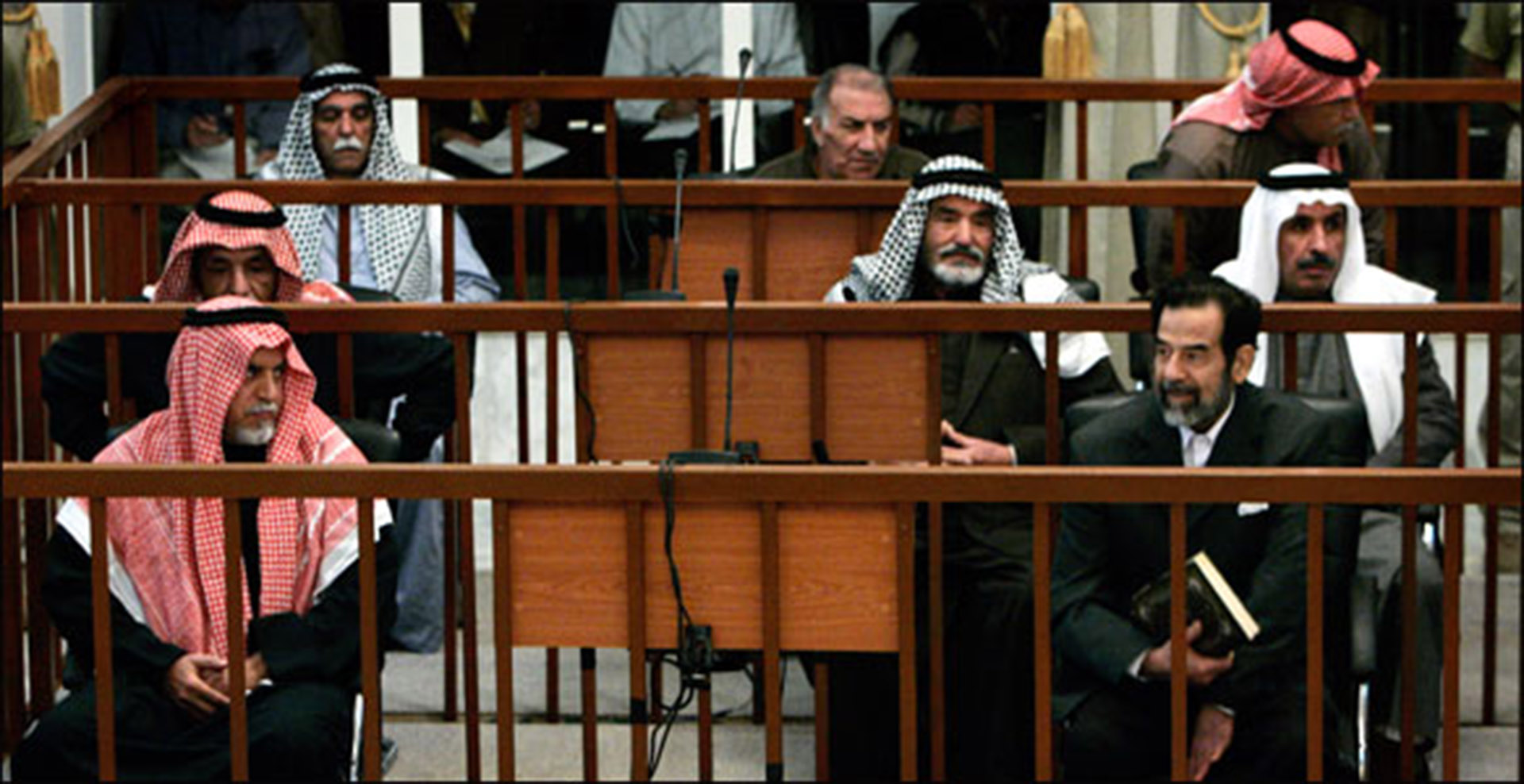 We observe with smug amusement the trial of Saddham Hussein, who resists the efforts of prosecutors to accuse the former President of treason against his own.

Here in America, we see parallel efforts of a prosecutor attempting to apply justice to a gang of corrupt leaders who dance around the legal system with similar lack of accountability for their own actions.

They will all eventually face the music. As Situationist Raoul Vaneigem said:

You who judge us, will one day be judged by us. We are waiting at the turning.