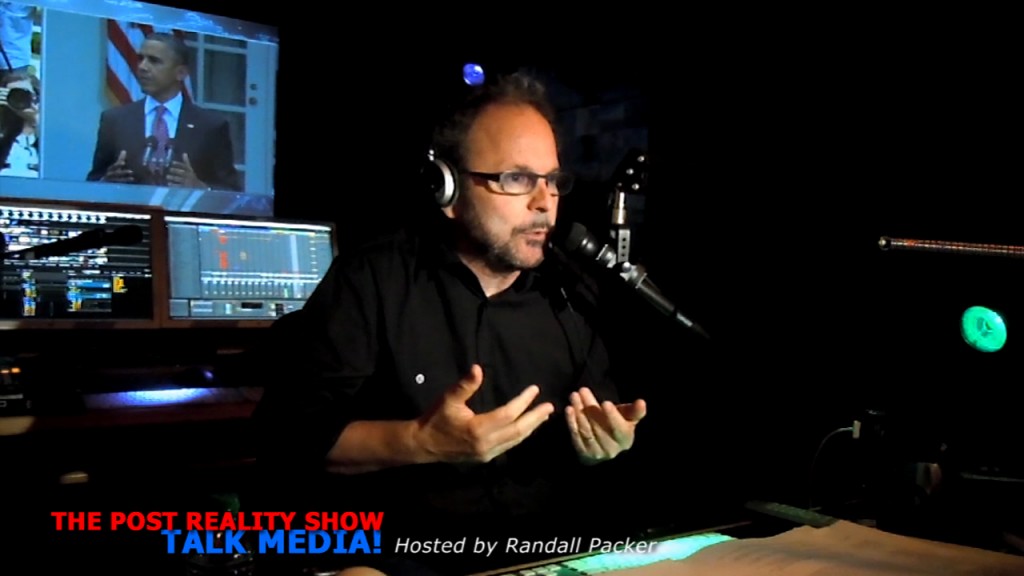 It’s almost impossible to believe that The Post Reality Show: TALK MEDIA! starts tomorrow night, broadcasting via Livestream from the underground studio bunker, with my first guests: Eve Andree Laramee, Charles Lane, and the mysterious Orf. Anxiety reigns supreme! Will I be ready? Will the technology gods cooperate? Will there be an audience ready for late-night talk that dissects the elusive and rather esoteric nature of the post reality? These thoughts and more haunt my nights as I madly get ready for the show.

The truth is, I’ve spent far too much time down here in my underground studio bunker and now its time to open it up to the world. Time to stop the endless preparation of a hopelessly complex project and get in with it! There is so much to talk about!