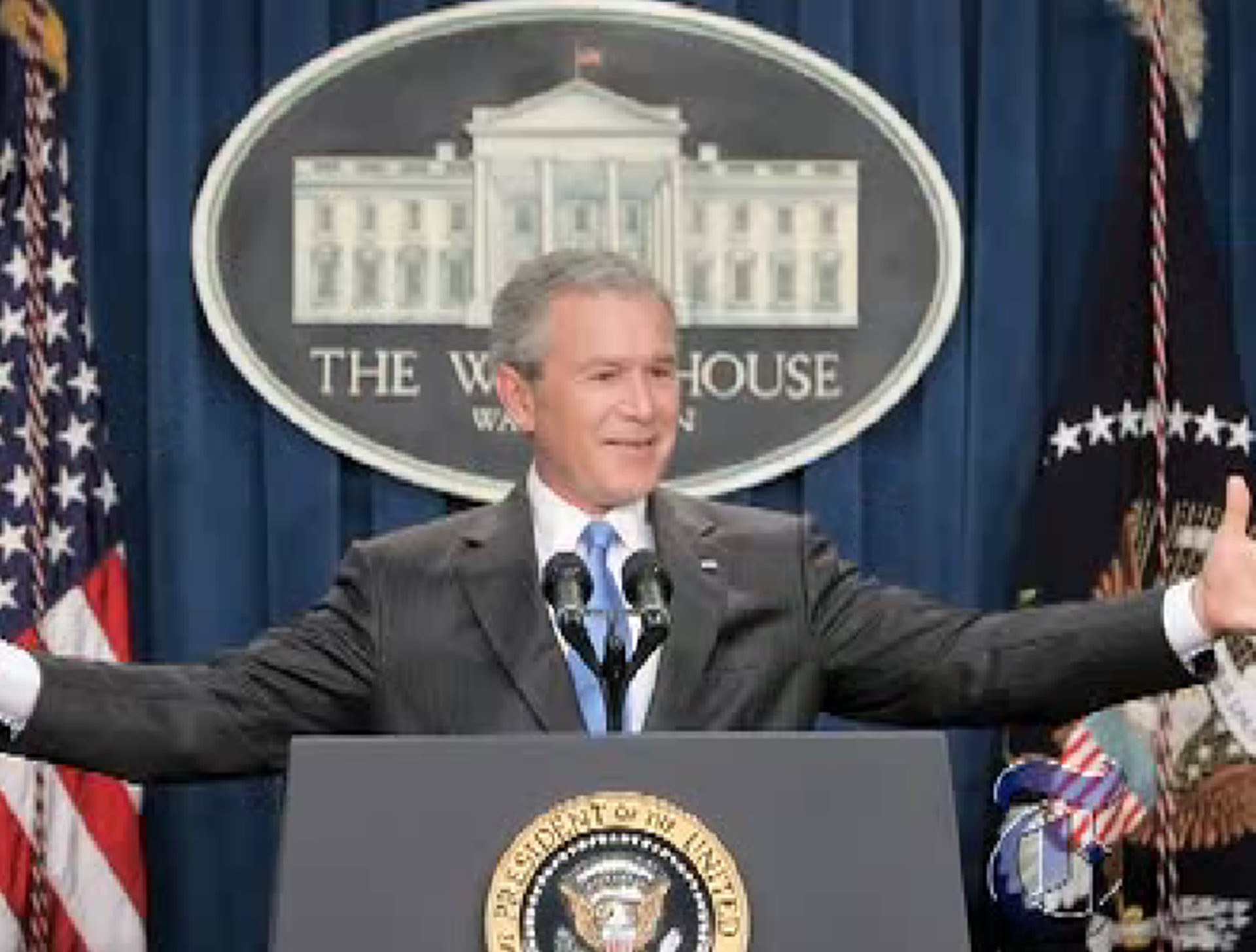 “And if we ever give up the desire to help people who live in freedom, we will have lost our soul as a nation, as far as I’m concerned.” – George W. Bush

Over 3,000 Iraqis are dying each month, and with no end in sight, the military sparring over whether or not a Civil War has begun, Congress endlessly debating the Iraq War, and the national psyche in tatters, George W. Bush welcomed the press to his World yesterday in the White House briefing room.

This is a World locked in narrow ideology, allegiance to mindless decision making, a daily black or white analysis of deteriorating conditions, a numb bubble of political narcosis.

What this World needs is a shock to the system: a military coop? Impeachment? Revolution? WW 4? Armageddon?

America on the Brink… the showdown is coming to ATHICA in Athens, GA in September, a political exegesis under the aegis of the US Department of Art & Technology.