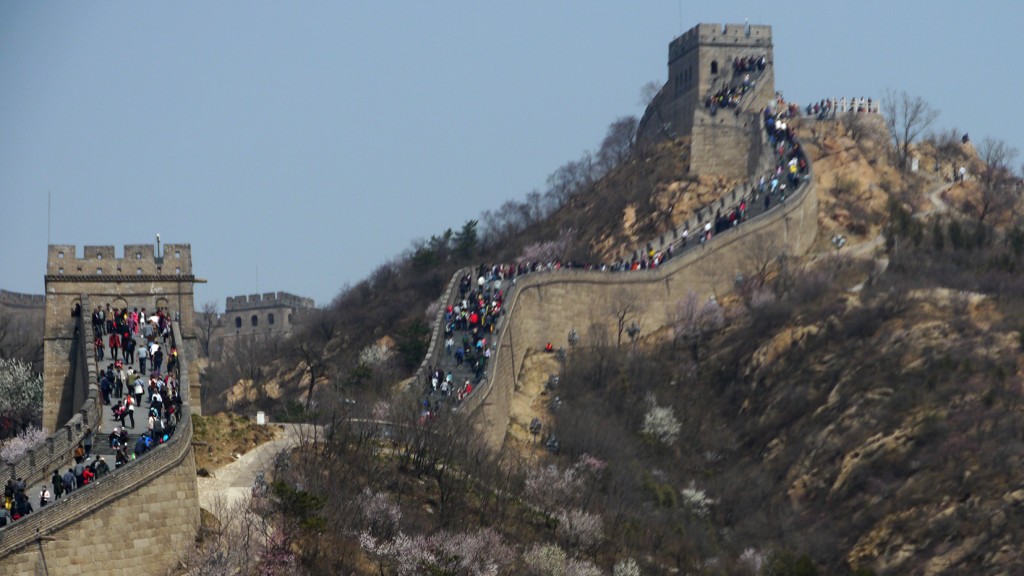 Beijing: Unlike the Berlin Wall, which was torn down as a symbol of unity in 1989 after the collapse of the Soviet Union, the Great Wall of China stands for something very different. It does not symbolize separation, or security, or protection, as it was used during the Ming Dynasty hundreds of years ago to keep out the nomadic warriors from the north. Rather, it is a creation of architecture and construction on a truly massive scale, running some 3,000 miles across the country from East to West. It is said that if you arrive at the Wall, you will be a realized as a person. So the Chinese come here in droves to embrace this collective experience of unity, ironically, a unity that comes not from division, not from the alienation we normally associate with the Berlin wall, but the unity of sheer force of will to build such a thing.

In my view, anyone who can traverse the extraordinarily steep inclines of the Wall has participated in some kind of national physical fitness spectacle, much like a marathon run. The sea of bodies flowing up and down this brick artery is quite a site, like a human river that twists and turns into infinity.