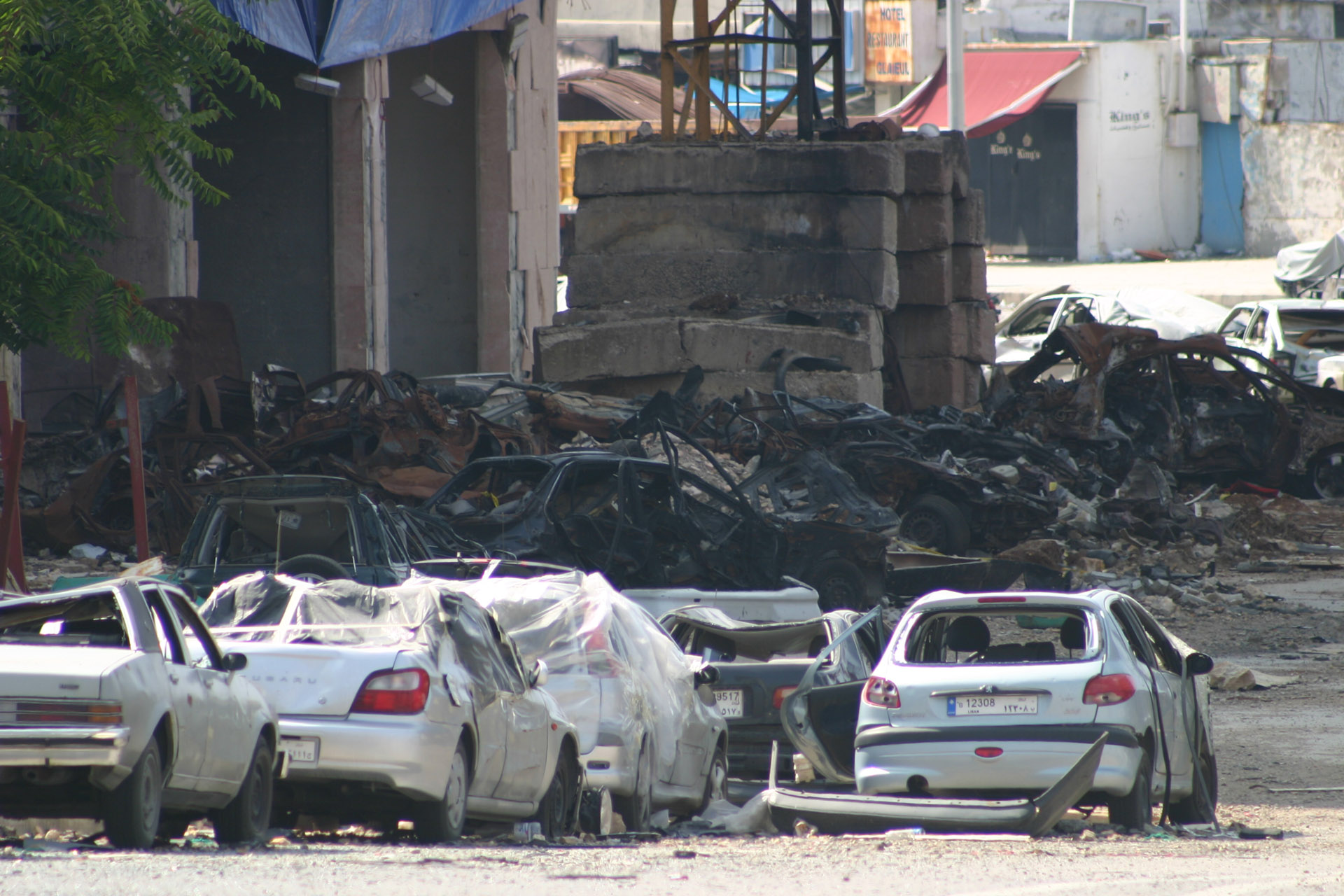 Together with a group of design and communication students from Notre Dame University, we embark on a Situational Tour of the Lebanese landscape on Resistance & Liberation Day. While this day of national unity has little to do with the holiday that celebrates the expulsion of the Israelis in 2000, now, it is all about the death of Hariri and anti-Syrian sentiments.

Former Prime Minister Hariri was killed on Valentine’s Day 2005 while driving from Parliament through the fashionable hotel district near Martyr Square in Beirut. Now Hariri has become the nation’s present day martyr, representing the need to bring together the endless religious and political factions that divide Lebanon.

This Tour from the North of Lebanon in Tripoli, where there is great economic hardship, to the site of the assassination, is a portrait of Lebanon responding to this cataclysmic moment, a violent trigger that can only be resolved through the democratic process of elections.

Follow the SITUATIONAL TOURS to Lebanon for a portrait of Resistance and Liberation in a country that just a few months ago celebrated the “Cedar Revolution.” Wednesday is a holiday of National Unity and Sunday the elections begin… it promises to be revealing.