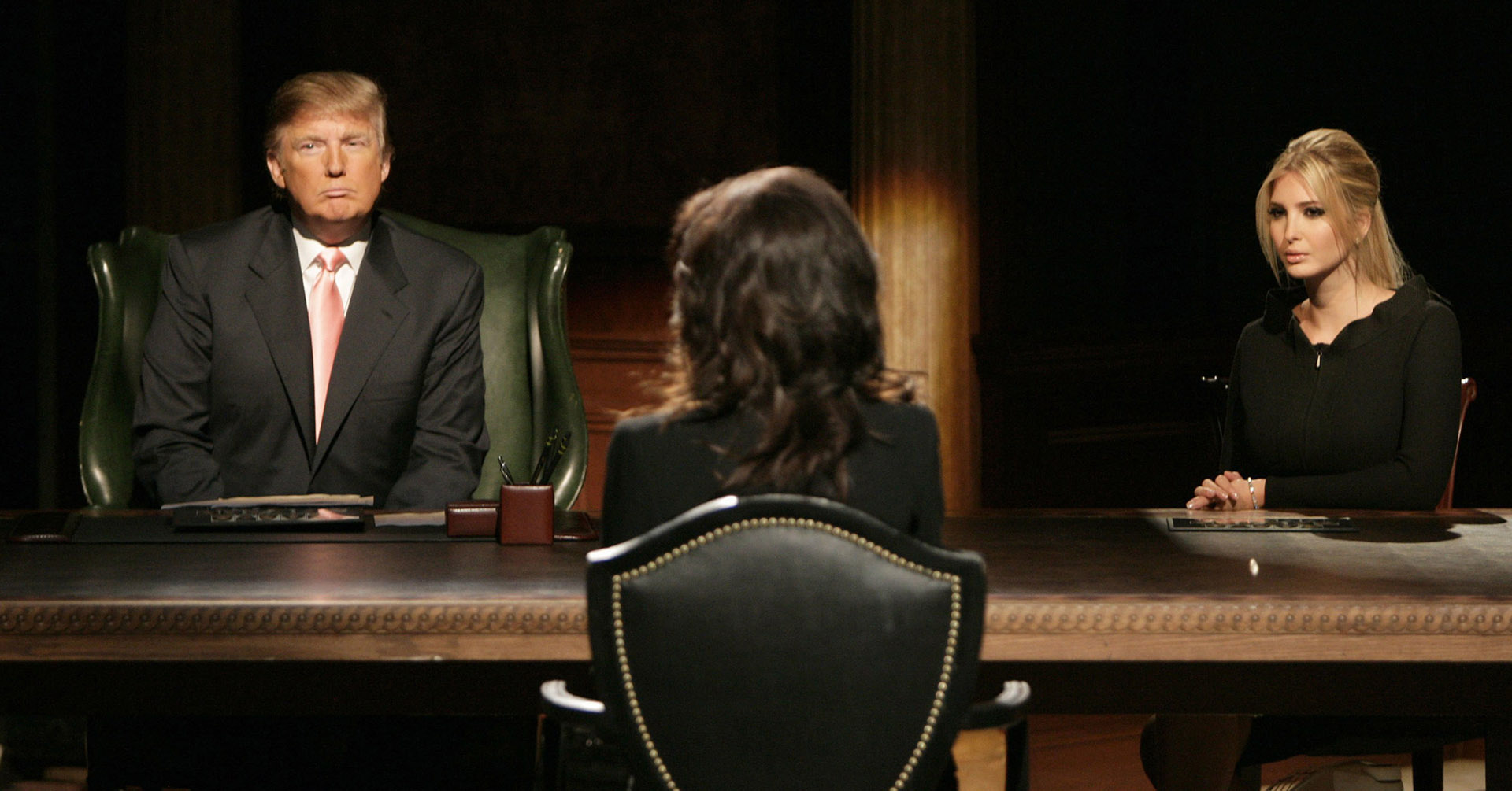 No, you probably can’t tell the difference. You probably don’t know whether or not this photograph is a scene from “The Apprentice,” or a scene from TRUMP’s latest post election, post reality television series, “The Transition.” TRUMP has moved far, far beyond the suspension of disbelief. He is operating in a far-away distant realm where you no longer differentiate between the real and the imaginary. That’s because reality as we know it no longer exists in the age of TRUMP. Reality has been deconstructed and reformed. Donald TRUMP’s recent made-for-television series based on the premise of a political campaign, “Make America Great Again,” has now been replaced by a brand new hit series, “The Transition,” in which he plays the President-Elect of a futuristic America where working class voters rise up as one angry voice to topple the governing elite and to systematically drain the swamp in Washington. “The Transition” is an implausible new series that once resided primarily in the imagination of Donald J. TRUMP, but has successfully been brought to the television screen through cunning performances by the same TRUMP troupe of family and friends that gave you “The Apprentice.” 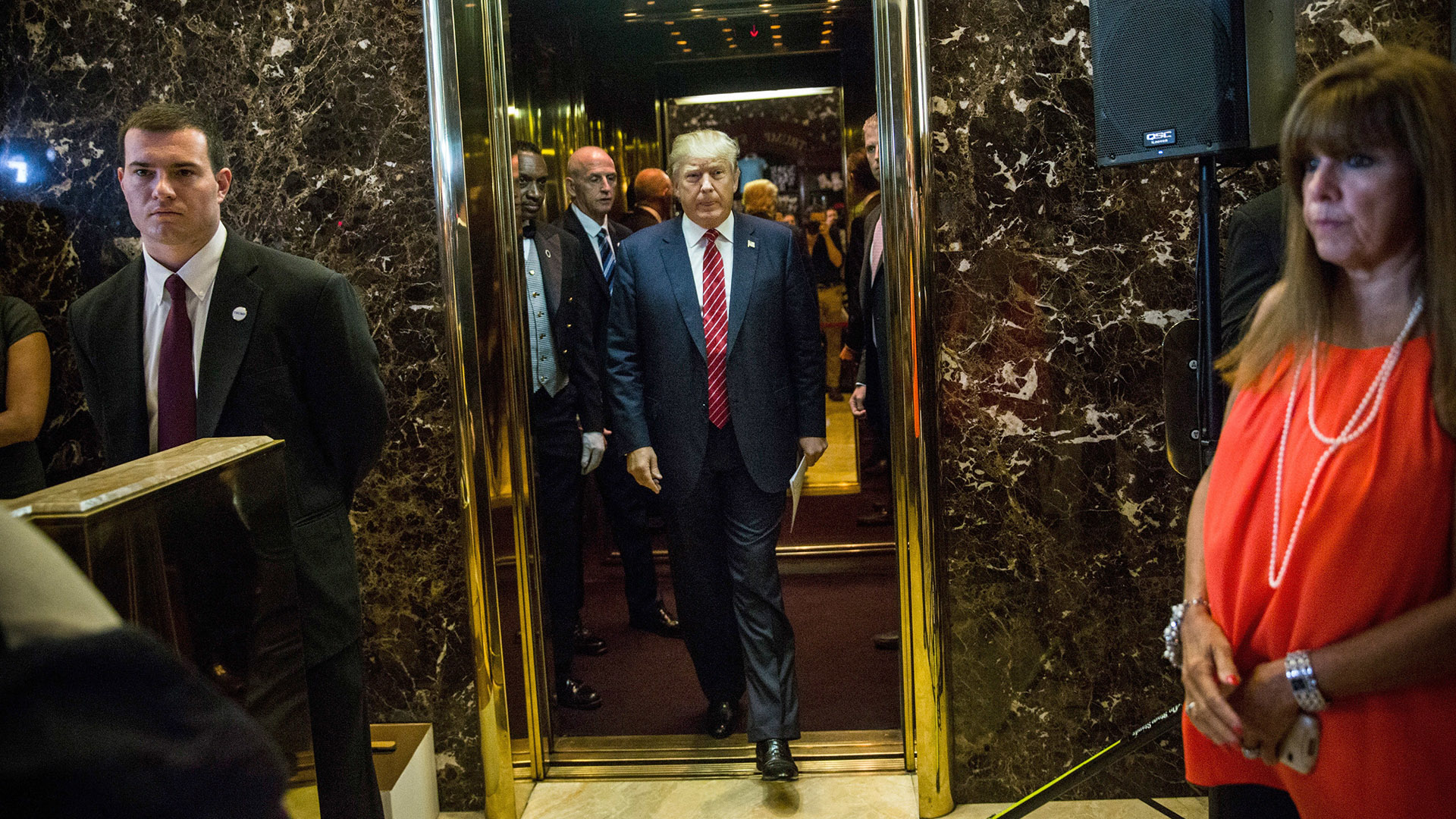 The monolithic TRUMP Tower location of “The Transition” hasn’t changed at all from “Make America Great Again,” which was also the same as “The Apprentice.” You see, this is the perfect mis-en-scene for the high-stakes drama of power plays, firings, greed, and unbridled arrogance that form the plotline of all three shows. No, nothing at all had to be moved: same board room for slash and burn job interviews, same gilded elevators for wannabes crossing the power threshold, same 18th century, regal apartment where Lord TRUMP gazes out at his Manhattan skyline and blue collar subjects beyond. The only difference in this picture is the phalanx of security and secret service surrounding the newly fortified TRUMP Tower. 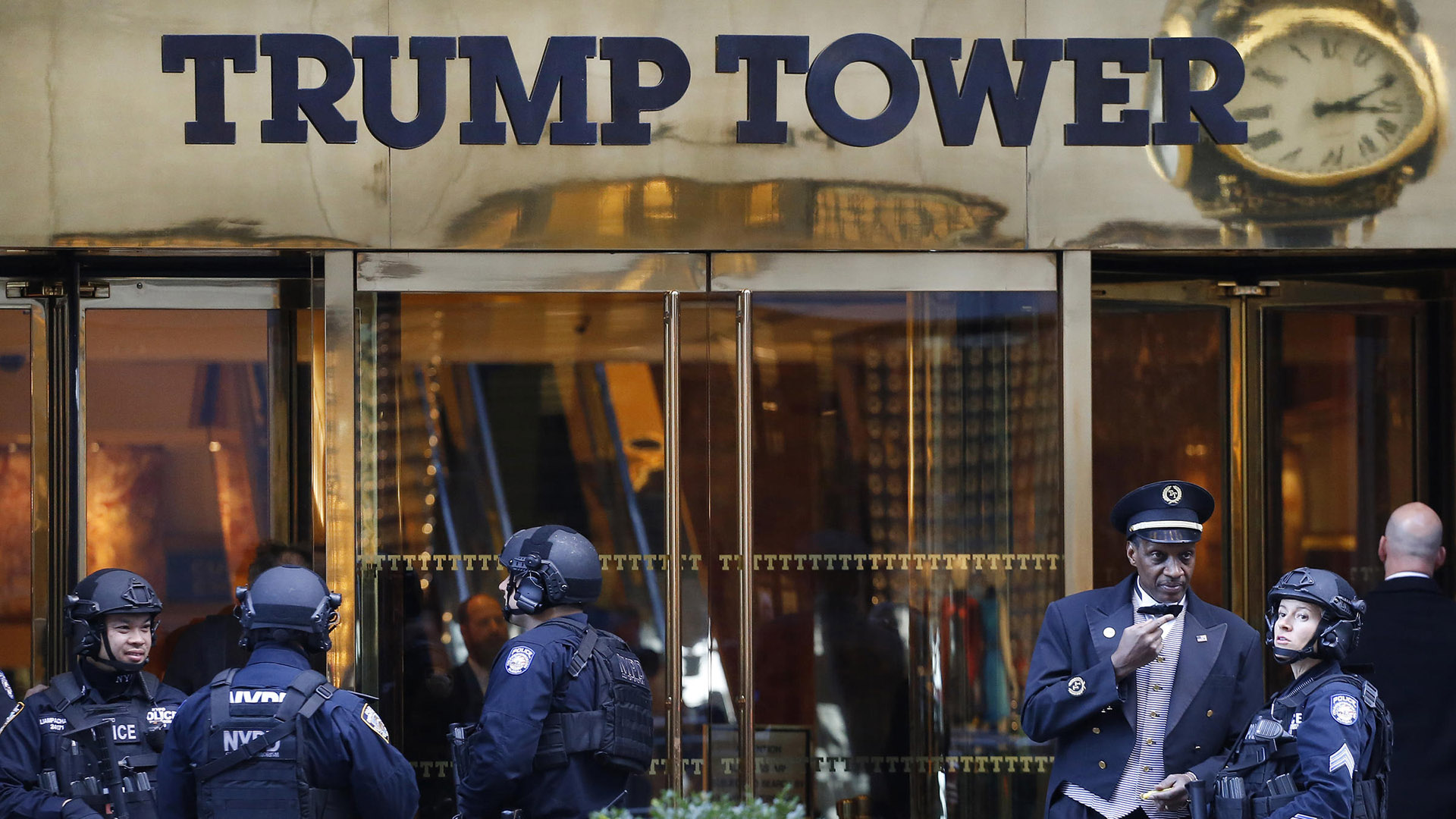 But TRUMP, for all intents and purposes, is a highly practical television producer, recycling his stage set and cast of characters from one reality series to the next, a seamless flow of episodic adventures depicting excess of power and gaming the system. The FAMILY, Ivanka, Don Jr., and Eric, remain loyal at his side, ready to take out anyone at a moments notice, although now they are annoyingly at the center of a maelstrom of nepotism accusations. But who cares? Certainly not The Donald. For the President-Elect, it’s all great television! He has masterfully invented a new series with great ratings, 24/7 media coverage, adoring working class fans, lap dog politicians begging for starring roles, all soaking up his fabulously wealthy, perfectly gorgeous model family now in charge of running America. What a concept!!

It hardly matters that in the initial episodes of “The Transition,” TRUMP is back peddling on his campaign pledge to “drain the swamp,” as he loads up his new cabinet with an assortment of slimy lizard creatures. No matter this sordid species threatens the very existence of life in America as we know it, remember, it’s all about the ratings! Because when everything is production and made-for-television entertainment drama, substance and truth is merely an unnecessary detail. What really matters is that the millions of suckers who voted for TRUMP are swooning in the aura of their wildest, darkest, nativist dreams coming true; when even the pundits are slam-seduced into the totality of the Entertainment Spectacle. TRUMP’s performance as the President-Elect is impeccable as he gleefully shifts from the greasy celebrities of “The Apprentice,” like Piers Morgan or Geraldo Rivera, to the starring members of “The Transition,” that wacky dark comedy duo Jeff Sessions and Rudy Guiliani, who are about to grab hold of the reigns of power.

So far “The Transition” has proven to be a box office smash, capturing the undivided attention of the media spotlight, a riveting display of America transforming into a military/law & order state, yes, exactly what “the people” wanted. And as TRUMP holds court high above in his Tower Fortress, hiring the most qualified racists and power hungry in America, firing an endless stream of double-crossing pols, improvising family gatherings with heads of state: this uninhibited made-for-television government takeover is a sight to behold. Awesome in its total embrace of everything post: truth, reality, sanity, et al. We can only wait with great expectation until the next series begins on January 20th, as at last, the set and its cast will move to the White House, the swamp newly populated with its odd species of lizard-officials, when filming will begin with the next series of episodes: “The TRUMP Administration.” And what a Show it will be. 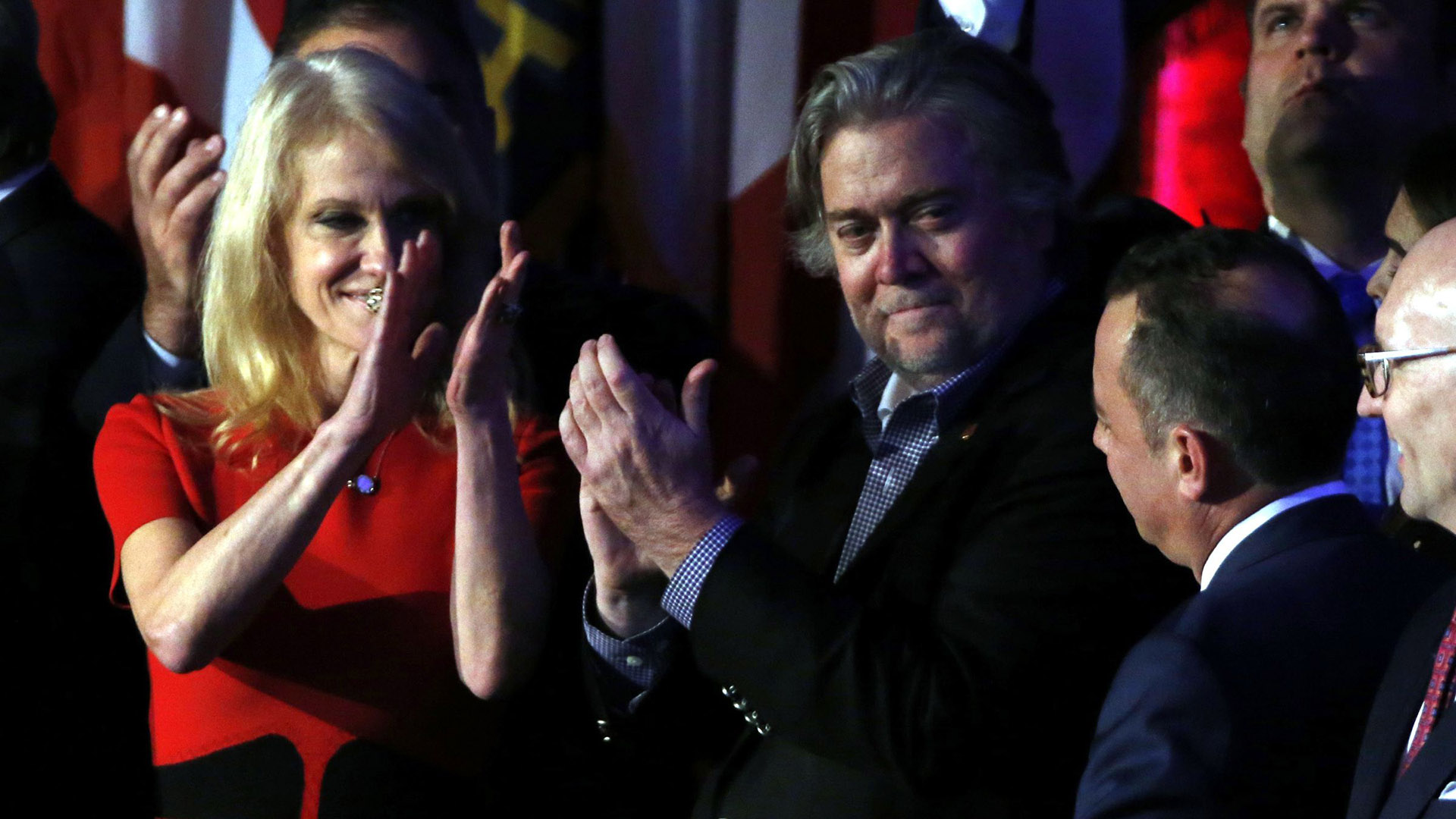