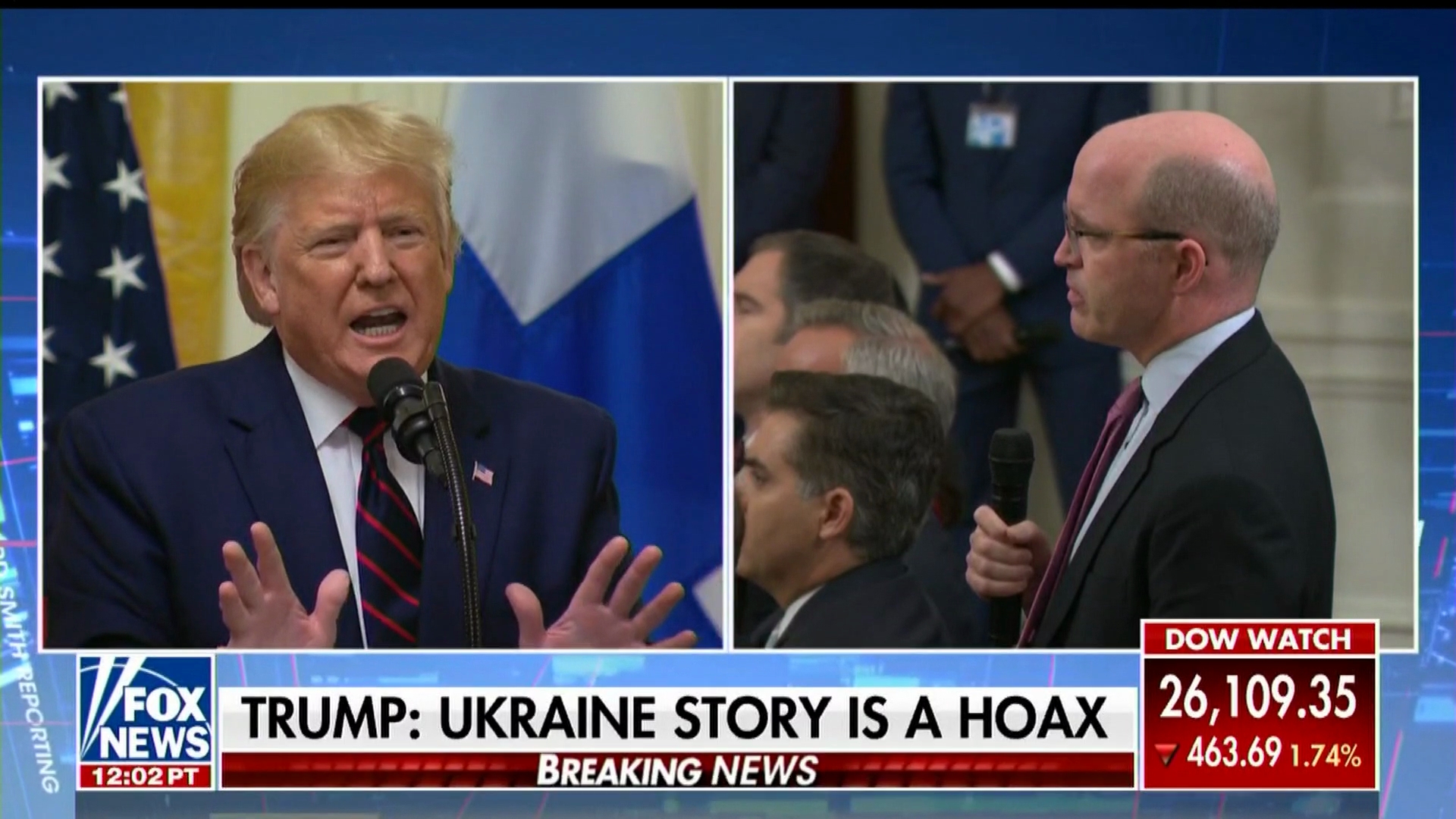 Today, it’s the toxic feedback swirl of Twitter and cable — and a president and a press corps that spend all hours feeding on one another’s digital droppings in a dystopian circle of life — that has rendered our political culture so vulnerable to reflexive, narrow-minded conspiracies, tribalism and groupthink. Why Lefties Should Watch Fox News, NY Times, Farhad Manjoo

How does the Impeachment madness come to an end? Where does it end? How does it end? Does it end? The TRUMP machine is imploding on itself with TRUMPological XCess beyond anything we could have imagined, and we have already seen it all. The SHOW of SHOWS has reached warped speed and is spinning out of control.

Never before have we witnessed such epic heights of Televisual Spectacle. It’s wall-to-wall: nearly every second of news time exclusively covering every Tweet, every Pundit response, every conspiratorial threat, every detail of this sordid saga. Forget about all the other shows on television, this is the greatest, serialized, binge-watching, made-for-tv drama of all time.

And the greatest Televisual drama, the most spectacular, most controversial, most amped up, is the 24/7 continuously relentless media-on-tap of Fox News. As Farhad Manjoo has advised, WATCH FOX, because it is not just news coverage, it is THE NEWS. From Giuliani ravings to ludicrous conspiratorial theories to outlandish TRUMP excuses, FOX is at the center of the swirling cauldron of Impeachment madness.

Fox’s anchors, reporters, its far-flung network of guests and its many shaggy narratives — what Deadspin’s David Roth has called the “Fox News Cinematic Universe” — are now deeply embedded in the operations of the United States government.

What I refer to as the Televisual Spectacle, is here referred to as the Cinematic Universe, but it’s all the same. TRUMP’s TV mastery, anything goes, no limits, no boundaries showmanship, has created a news factory that can’t manufacture, spin, and broadcast his utterances fast enough. The combined sources of rampant information, from social media to cable news to Web opinion publications has become an Image Generator that has achieved warped speed in its blinding juxtaposition of events as they unfold.

If you attempt to follow the unfolding drama, eventually you enter into a zone state of narcosis. If you are valient enough to attempt to make sense of the torrent of facts and details, you’ll find yourself going down a rabbit hole of espionage theory. There is simply no end to the Impeachment story in all its twists and turns and narrative plots and endless character development. This is the Televisual Impeachment Spectacle that we now find impossible to follow in all of its circuitous, labyrinthine, complexity.

Exactly where TRUMP wants us to be.