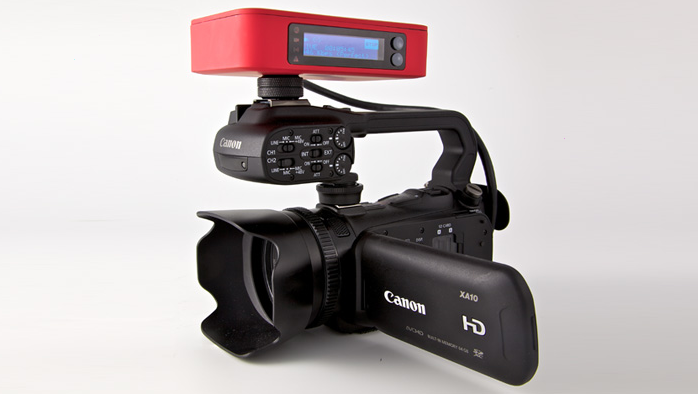 This is not a commercial, this is not a commercial!! This is unabashed enthusiasm for a new product that is a real game changer for live media on the net. It’s called Livestream Broadcaster and it just won an award at the National Association of Broadcasters (NAB). I don’t usually gush like this over a little red box, but this one could very well alter the way everyday people will live broadcast, much in the way YouTube has altered the way we distribute recorded video. And if this little red box causes us all to go live on the net, then amateur reporters, media artists, and everyone else will reach an audience instantaneously from a portable camera. No more waiting to upload. That’s the revolution.

Why is this little red box so different you are probably asking? Three reasons: (1) it costs $500, which is less than 10% of the cost of a portable, wireless broadcaster; (2) it will transmit the output of a garden variety prosumer camera with hdmi in high definition; (3) it’s all integrated within Livestream’s software and hosting, which remarkably, you can control from your iPhone while you are shooting with your digital camcorder. Your audience views the live broadcast on your very own Livestream event page, which you can use to post texts, images, and recorded media.

So let it be said that Roy Ascott’s concept of the telematic embrace just rose to a new level: I expect these little red broadcasters (or whatever the next device looks like) to become de rigueur for every activist and performance artist who yearns to go live on the Net. And yes we can!!