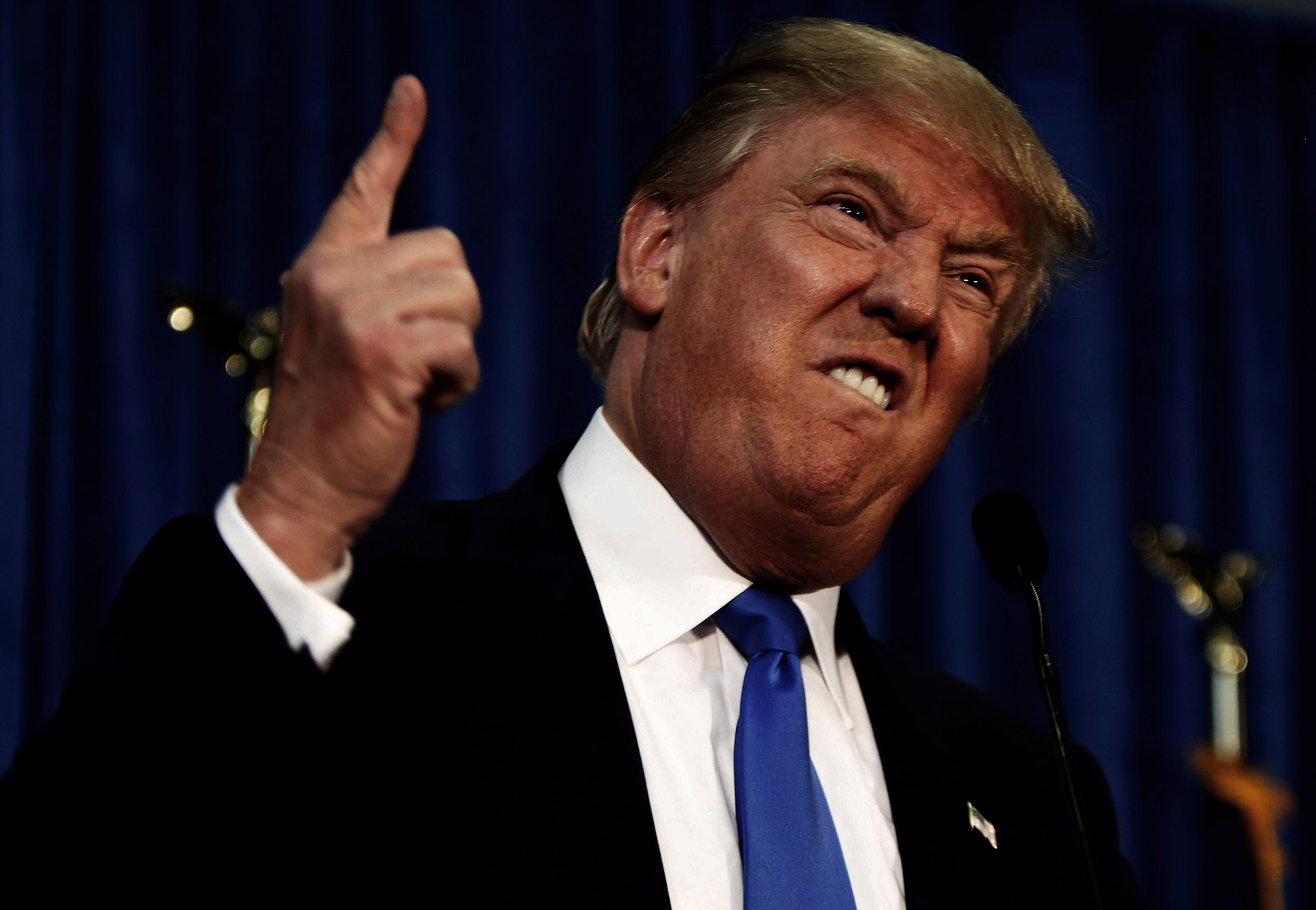 As I plunge deeper and deeper into the torrent of TRUMP political speeches, preparing for The Post Reality Show, it is startling evident that a primal force of nature, something like a Hurricane Donald, is devastating the political campaign. This furious energy is pervasive: the dangerous potency of TRUMPIAN celebrity culture and reality television is storming the national consciousness.

The Republican machine can’t stop it, the media can’t dissect it, and the country can’t resist it. The TRUMP phenomenon is like burning wreckage on the side of the rode, riveting and horrifying all at the same time: the ultimate roadshow detonating within the American psyche.

At the podium, TRUMP is a nonstop nightclub routine cranked at full volume and unrelenting. It is the purest form of raw, primal, seductive entertainment. But it is so much more. It is cat bait for hypnotized voters ready to sign off on a President TRUMP. And for the media, it is the legendary stuff of trash novels, a force that is launching thousands of op-eds (this being one of them!). It is a carnival show that has spawned countless hours of irresistible binge watching for political junkies, serial television for the rest.

The TRUMP fury now screams primal on every cable news channel ALL DAY LONG. Once upon a time, the TRUMP show had a mere time slot on NBC known as The Celebrity Apprentice (Arnold is now the star). But now it drones continuously across the channels: TRUMP has achieved media omnipresence. As this reality storm plows right through the primaries of America, we are witnessing climate change of a different kind: boiling our bloodstreams and swirling inside our brains, twisting and savaging our perceptual faculties until before we know it, the TRUMP frenzy will invade and inhabit the White House.

If we thought Bush was the messenger of the END, this could be the real deal.