Roberto Bedoya is a panelist on the upcoming Raw Hope of Humanity Rising public dialogue, Wednesday, March 4, 6-7:30pm at the American University Museum in Washington DC, & online via the Third Space Network. Additional panelists are: LigoranoReese and Renée Stout, moderated by Randall Packer.

“Belonging is about building the human capital of people as placemakers. Not only individuals, but also the collective “we.” And not simply the collegial “we” of “me and my friends,” but the “we” of those we don’t know — which includes neighbors, passersby on the street, and fellow residents of our city. It is this democratic ideal of “We the people” — we who belong to a just and equal society.” – Roberto Bedoya

Roberto Bedoya has been fighting the good fight for many years as an advocate for arts activism. Not simply the idea of supporting activist artists, but more broadly, art as agency for preserving and strengthening democratic values. It’s a tough battle to say the least. Art is so often relegated to the bottom of the government food chain, leaving those who devote their lives to cultural enrichment and making the world a more humane place constantly fighting for their lives. In order for Bedoya to support the role of the arts to bring about “creative placemaking,” that is: enrichment, equity and justice to our sense of belonging in communities, he must rally against gentrification, cultural displacement, racial bias, and inadequate support for artists. An epic challenge to say the least. 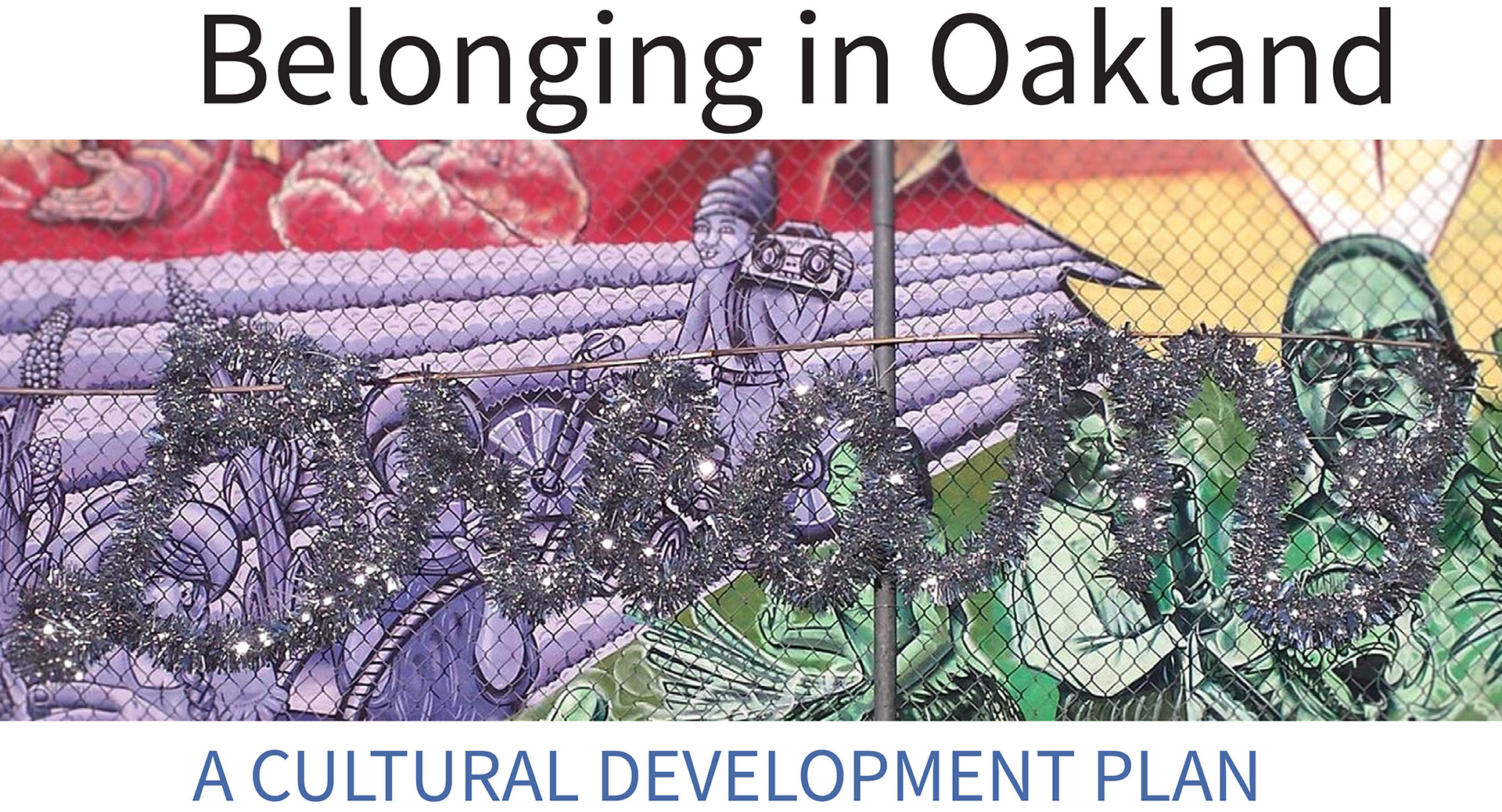 In 2018, Bedoya, the recently appointed Cultural Affairs Managers in Oakland, CA, oversaw the city’s first cultural plan in 30 years. The idea of “belonging,” as well as its antithesis, “dis-belonging,” is a motif that has driven his work over the years, as both a cultural practitioner as well as a brilliant theorist, writing extensively about what exactly catalyzes the sense of belonging in the cultural sphere. There is no doubt that the notion of belonging is rooted squarely in the meaning of democracy: what it means to live in a social environment of fairness, justice, and concern for the common good. Bedoya situates the arts at the center of places of belonging, or as he calls them, “sites of imaginations,” rather than the typical benchmark of success in the form of a Whole Foods Market.

“Expressive Life is composed of elements — relationship, memory, aspiration, belief” — which enliven community and creativity. It is where aesthetic voices, community visions, and the social imaginary of how we live together inform the value and belief in our public good and a robust democracy.” – Belonging in Oakland

Bedoya talks about an artistically & aesthetically diverse civic environment as “the democratic charge we must address.” There is no doubt that the arts must flourish for creative placemaking to succeed, because the artistic perspective is so crucial to vital communities and a healthy democracy. In a country that is lacking cultural policy on a national scale (unlike so many countries around the world, we do not have a cultural ministry in the US), culturally diverse cities such as Oakland must rise to the occasion and take up the slack. Bedoya describes the culture of the city as “the embodiment of forms of knowledge and wisdom people have gained through their different lived experiences.” Another way he expresses this idea is that culture is the frame within which the arts provide “the power of shared sensibility and memory… kindling the emotions that make us aware of our shared humanity.”

Bedoya talks about the great stress on the challenge of combatting cultural dis-belonging and gentrification, or what he refers to as the “white spatial imaginary.” He explains, “the white spatial imaginary means if you are a person of color standing on a corner, beware. You are perceived as a threat because your color challenges the white spatial imaginary of that street.” This stress has only been heightened in recent years with the encouragement of xenophobia as a divisive political wedge, undermining decades of racial progress. This is precisely the challenge facing the ambitious cultural development plan Bedoya has spearheaded. Spatial justice and diverse communities as sites for artistic imagination and community engagement are no doubt at stake. However, Roberto Bedoya is fighting the good fight, with determination and raw hope of humanity rising.

Roberto Bedoya is a panelist on the upcoming Raw Hope of Humanity Rising public dialogue, Wednesday, March 4, 6-7:30pm at the American University Museum in Washington DC, & online via the Third Space Network. Additional panelists are: LigoranoReese and Renée Stout, moderated by Randall Packer.

One response to “The Politics of Belonging”