Last night at the Hirshhorn, Doug Aitken defiantly refused to take questions from the DC artworld glitterati, but he has, nonetheless, produced a stunning public multimedia spectacle that has transformed the people’s National Mall here in Washington, DC. 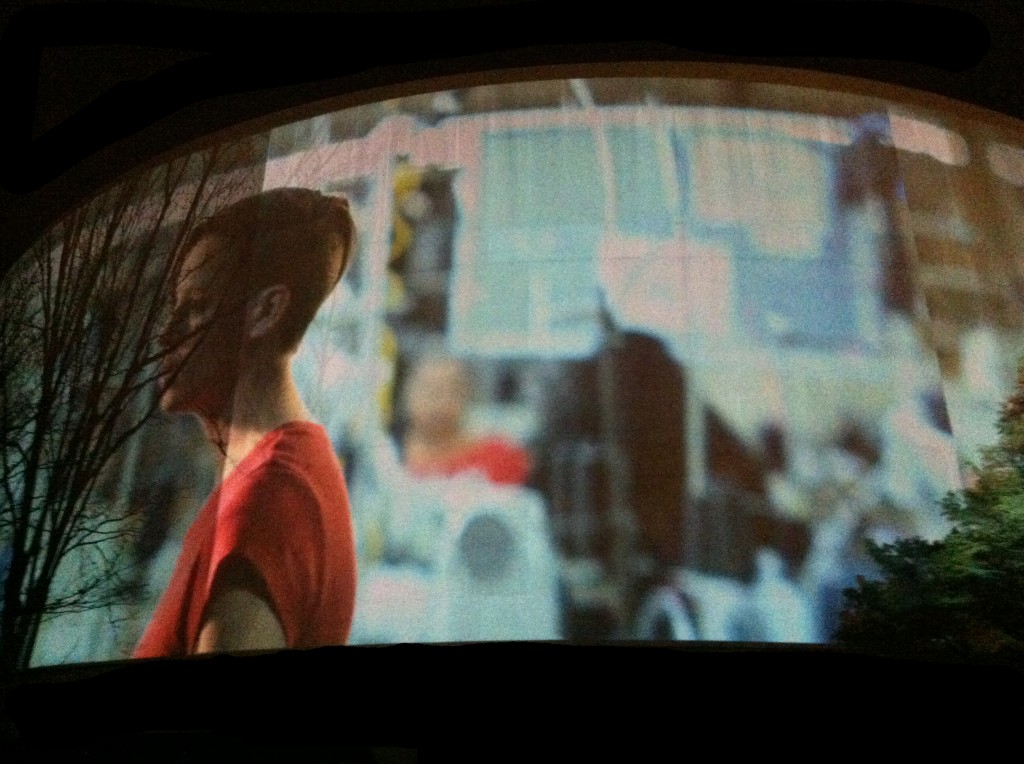 Based on the iconic song “I Only Have Eyes For You,” Song 1 is supported by a battery of projectors and speakers that surround the circular Hirshhorn like anti-aircraft weapons launching sound and light into the night air, infiltrating and upending the stoic majesty of the drab government buildings and shining Capital dome. An assortment of singers, from street musicians to hip hop artists to actress Tilda Swinton, croon this endlessly malleable lullaby that permeates our collective consciousness like no other American song. Images of factories, water, and light seem to lift the circular Hirshhorn Museum from its foundation, a hulking donut of sheer architectural weight.

Yes, Song 1 is a multimedia artwork for the people. It’s corny Americana and mural-like inner-city imagery evoke the public art we might associate with LA or Detroit or Baltimore, but certainly not the National Mall. This is the first imprint of Hirshhorn director Richard Koshalek to use the museum as a platform to alter the surrounding landscape, artistically and socially, a preview of the now infamous Bubble he intends to launch next year.

The Hirshhorn Museum is becoming the realization of The US Department of Art & Technology, the government agency I proposed and modeled when I arrived in the nation’s capital more than a decade ago. What I could only accomplish in the virtual domain, the Hirshhorn has activated in the physical space, launching a powerful message across the bow that art is just as significant and relevant to our culture as the politicians and heroes memorialized on the National Mall.