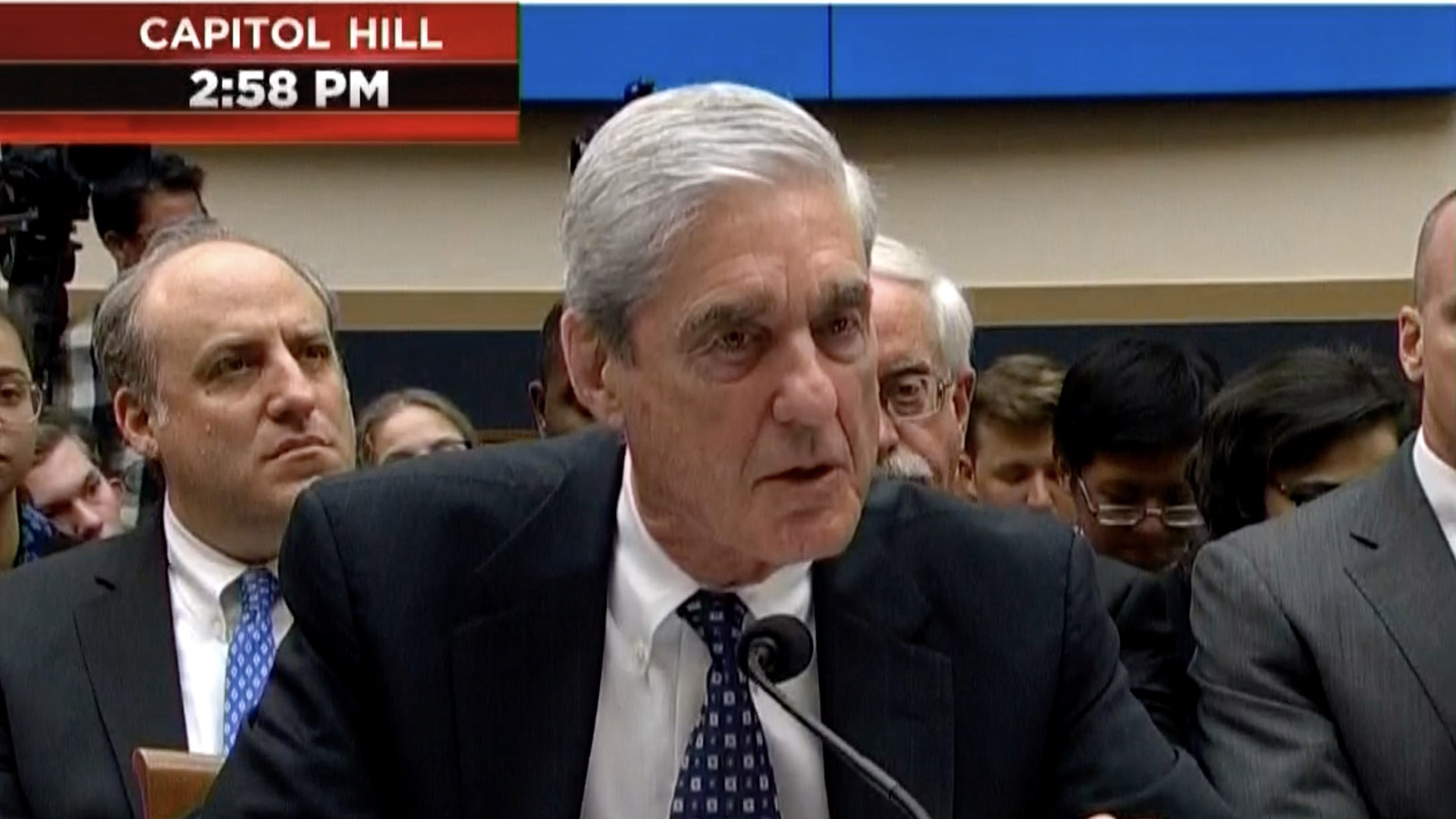 Just when you thought the televisual numbing of the body politic was a fait accompli, when the Continuous FLOW of XTreme TRUMPology has brought on permanent, political rigor mortis, there was a tiny sign of life today in the Halls of Congress. Robert Mueller, the consummate Good Cop, the model bureaucrat, penetrated (however subtly) the NewSpeak mantras of no collusion, no obstruction, no impeachment, total exoneration, and all the rest of TRUMP’s empty denials, by painting a damning portrait of the New Abnormal.

The New Abnormal: the Circus, the Lies, the Constant Cognitive Dissonance, the Total Confusion, the Collapse of the Real, is the 24/7 state of things in TRUMPological America. There sat Mueller today in front of the Judicial & Intelligence Committees, who at first refused and stumbled over the majority of questions, or was unable to recall or explain or comprehend what was in the report he had overseen.

But then something happened. It’s as though Mueller came alive, perhaps caffeinated, he began to open up, as though he were finally recognizing the gravity of the situation. When suddenly a cloud broke, that dark dystopian cloud that hangs over the political situation each and every day. When the questioning turned to the Russian intervention, the pervasiveness of their attack, the collusion of TRUMP’s greed and underhanded political gain, what surfaced was the New Abnormal in clear terms, its immorality, its embrace of whatever it takes to win.

Mueller admitted that TRUMP’s embrace of hacked emails, fake social media, Wikileaks and all the rest was Wrong, damaging to democracy, and a serious ongoing threat. The New Abnormal: a scorched earth, take no prisoners approach to political campaigning was Wrong. It was dead Wrong. It’s about the destruction of democracy. The New Abnormal.

Now whether or not Mueller’s testimony will change the public’s consciousness amidst the continuous chaos, it’s still difficult to be optimistic in the New Abnormal. But just when you thought we are stuck in the land of Oz and that we’ll never get back to Kansas, along comes Mueller, one of the few souls left in Washington who still plays by the rules. The Old Normal.