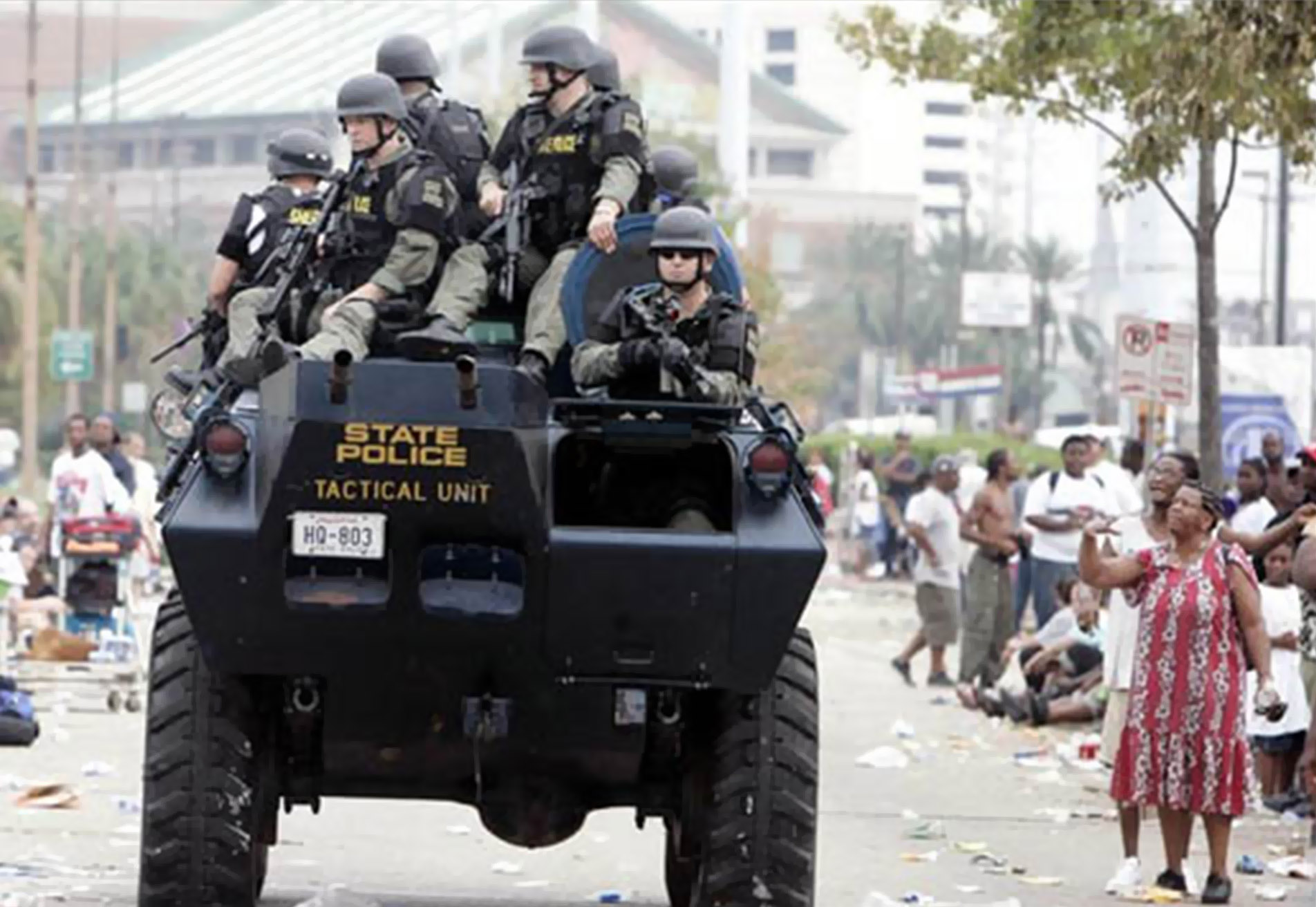 They are saying Armageddon has arrived in New Orleans. The lives of hundreds of thousands of people have been transformed, altered… destruction that knows no end. The American city that invented jazz, the crossroads of multiculturalism, is underwater and sinking fast. The Superdome football stadium is now a living Hell, occupied by thousands of mostly poor blacks, who must find an existence amidst the squall of violence, rivers of excrement, and rampant disease. This truly is Armageddon in America.