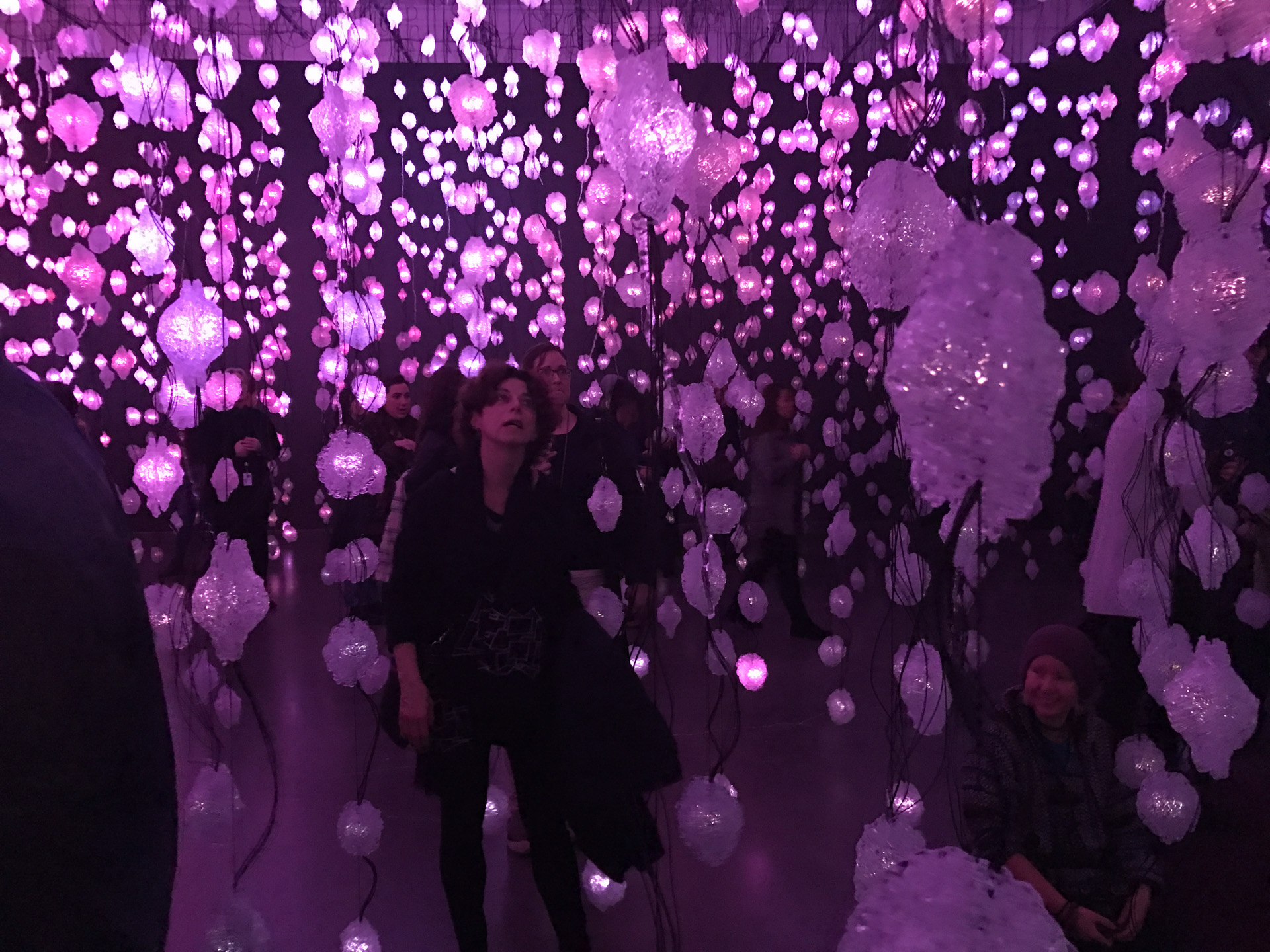 The demarcation between viewer and object, spectator and media, audience and the experience of art, is subject to many different interpretations and approaches. However, I believe, and I hope, that the design of museum/gallery walled space might have more opportunity to give way to the amorphous, “all-over,” enveloping display of wonder and being surrounded and wrapped, such as in the work of Pipolotti Rist. The experience of art, like life itself, dazzles when set loose by the simulation of a 3-dimensional world in its totality, rather than as neatly arranged objects constrained and separate from the viewer. At least that is how Rist seems to see it, in her recent exhibition Pixel Forest at the New Museum of Contemporary Art in New York. 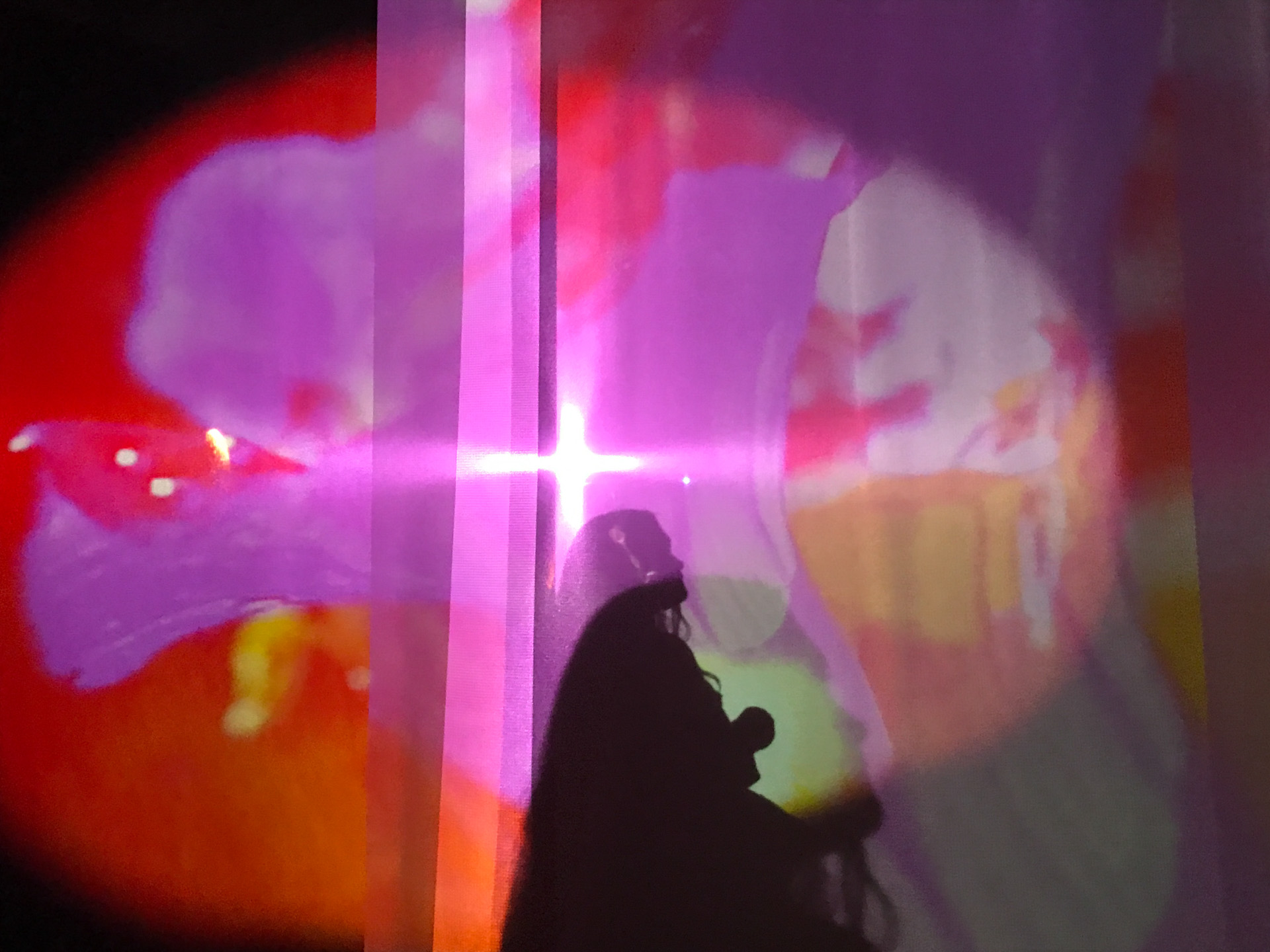 Haven’t we grown tired of clean white walls and the rigid, cartesian boundaries that are imposed on our sensibilities when the work is displayed so straight and symmetrical and aligned in its strictness? Rist breaks the line at every turn, hanging fabrics with projections that invite the viewer to move around and explore, or perhaps just stand still for a moment in the reverie of their thoughts. It is like stepping inside the artwork, letting it surround you, opening up to all the senses including touch and smell. You sense the power of mystery as the viewer navigates the space. Rather than walking in a straight line parallel to the wall and its objects, here the spectator wanders, turns, pauses with every new sightline an unfolding vantage point, a different angle, as a constantly shifting relationship. We don’t so much look at the object, we inhabit its space.

Furthermore, we don’t experience the work as a singular individual focused on our own separate perception of the exhibition. Rather, we are in it with others, often facing others, sharing the moment with others. Not only are we inseparable from the work and the space we inhabit, we are inseparable from social engagement, part of a space that joins viewers in collective experience. This is much more like performance and less like exhibition, in which we are not individual viewers, we are an audience, simultaneously existing in a “third space” of shared, social relations. And of course Rist encourages this activation of the social by allowing us to reflect, rest, or perhaps sleep, simultaneously with others. 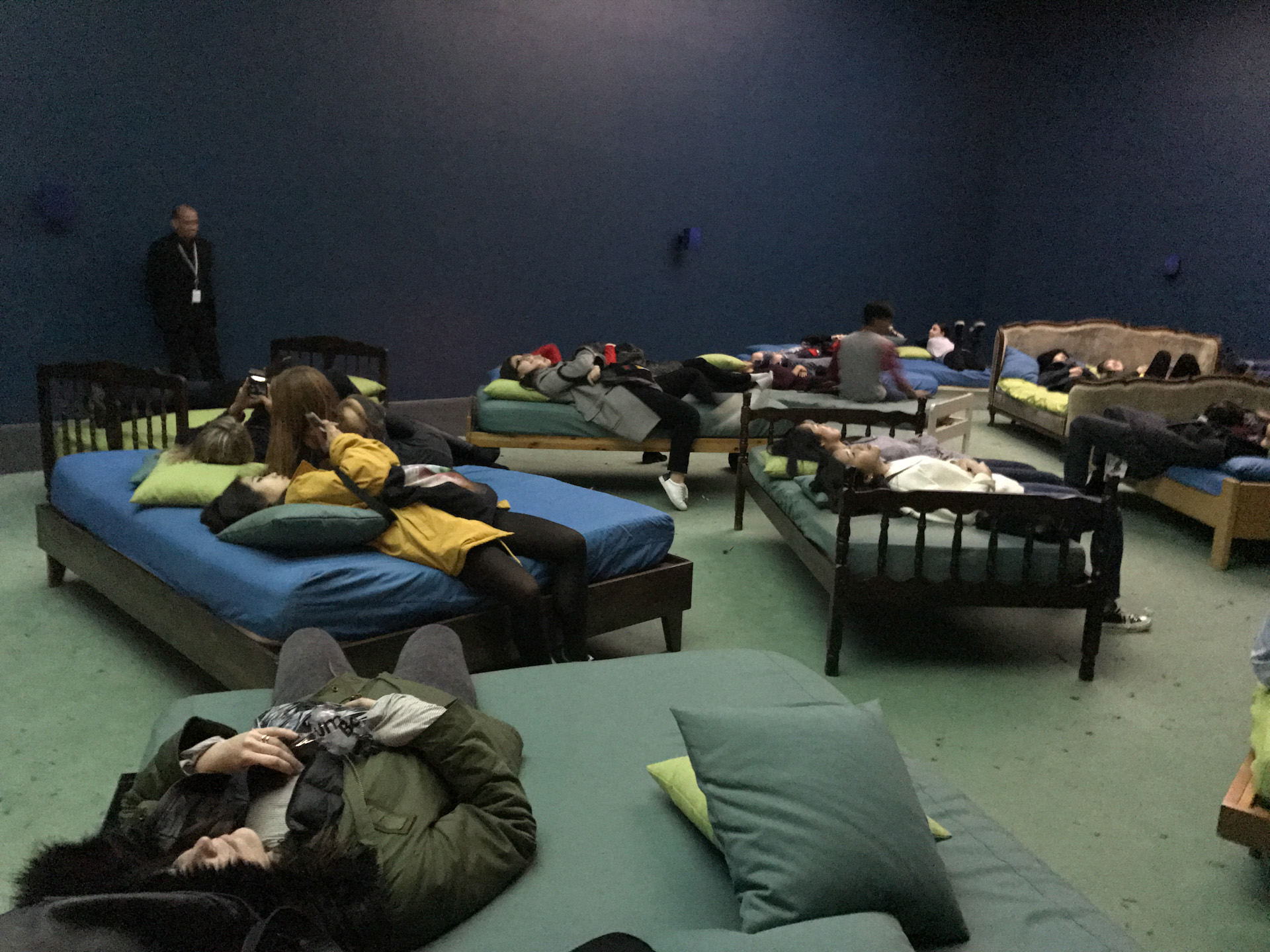 This is an art that we experience together, a Happening, in the moment, with collective, sensory involvement. It is perhaps a little less cerebral than a traditional viewing, certainly less purely visual, as it engages all the senses, like exploring underground caves, or swimming through water, or skydiving, or walking in the rain, or just about any kind of spatial immersion you can imagine. This is a world unto itself, except it is an artificial one, entirely created by the artist, not a natural phenomenon, but rather a make-believe entity that calls us seductively, calmly. This is an unnatural world that convinces us of its being, that provokes to believe in the power of art to transgress the world of objects into a timeless space of virtuality that has little or no connection with the real. 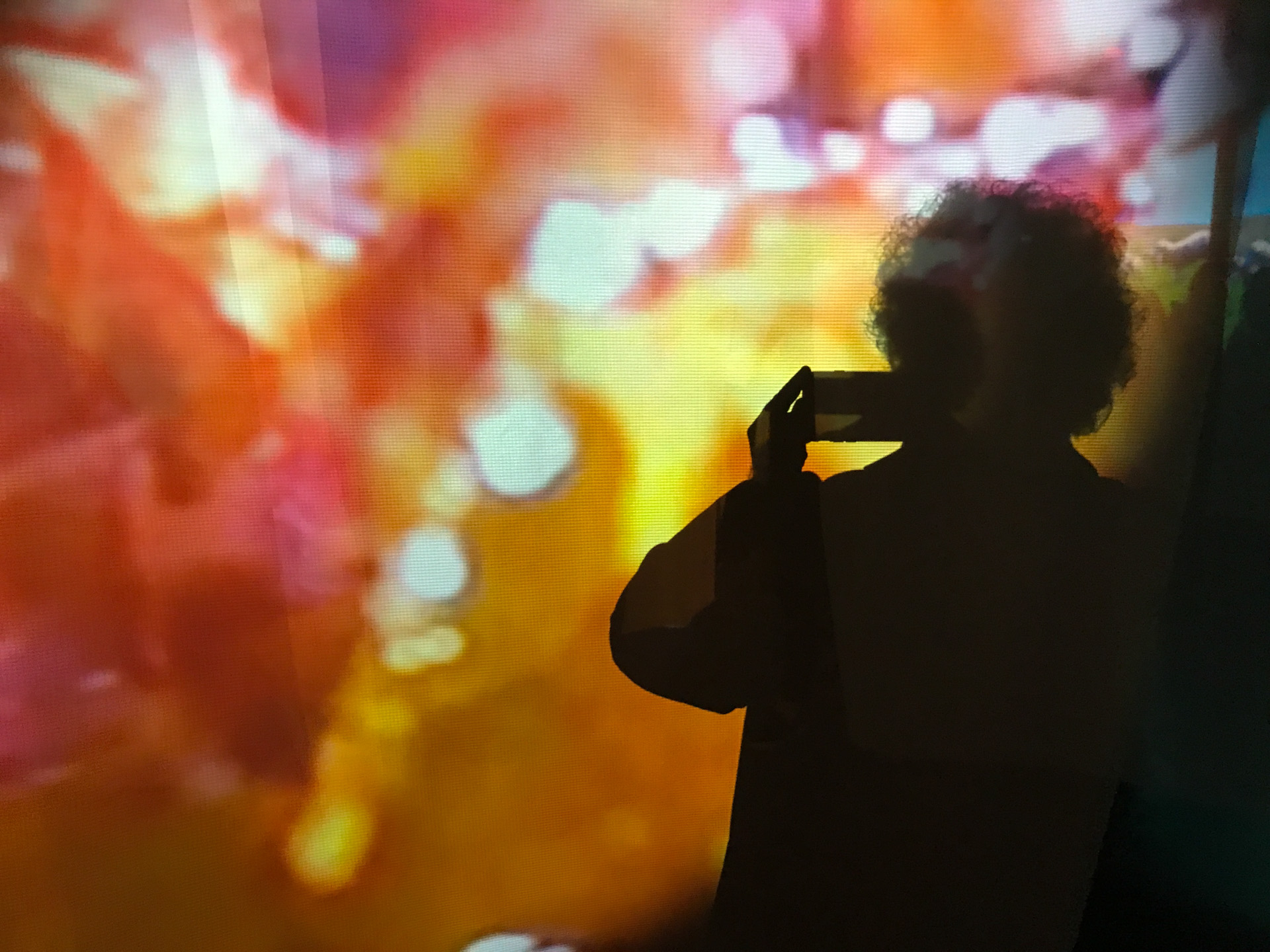 This is the art of the post real, where anything and everything is possible, when filtered through the suspension of disbelief.