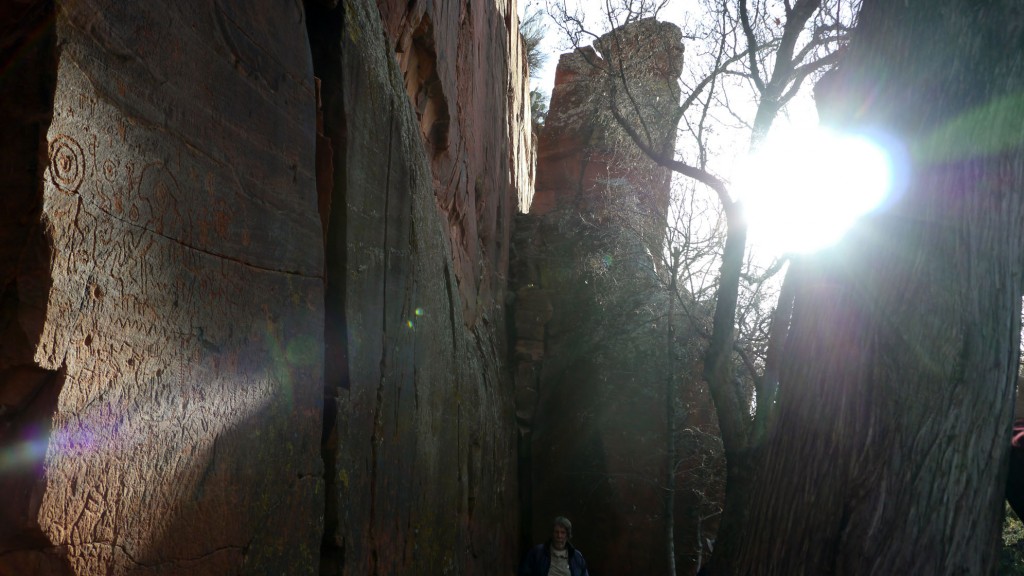 In a once in a million chance, we stumbled upon the ancient V bar V petroglyph site of the ancient Sinagua Indian tribe in central Arizona. It just so happened, it was the winter solstice. And on this day, at the hour we arrived, a spectacular ray of light streamed through the rocks to illuminate the carvings and drawings on the rock. It was not completely an accident, the Sinaguans had actually planned it this way: an annual ritual play of light that demonstrated both their extraordinary artistry and their deep knowledge of the Earth and its relationship to the Sun.

This is true art and science, perfectly coordinated, perfectly timed, perfectly executed to light up their artwork, causing the figures to literally pop out of the rock. Was the opening man made or an act of nature? That is a mystery the American Indians will never reveal.