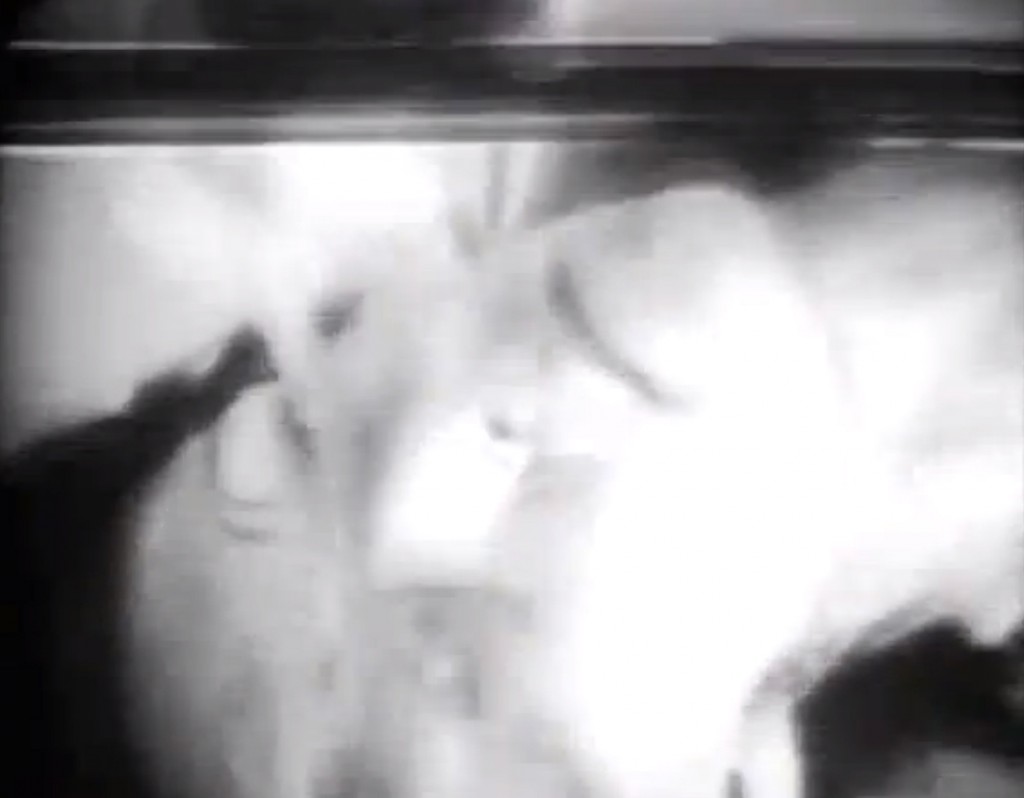 “In a startling collusion of form and content, Jonas constructs a theater of female identity by deconstructing representations of the female body and the technology of video. Using an interrupted electronic signal — or “vertical roll” — as a dynamic formal device, she dislocates space, re-framing and fracturing the image.”

With all the advanced 21st century techniques of media processing and special effects, there is nothing so genuine, pure, beautiful, and powerfully evocative as the simplicity of the vertical roll, as used by Joan Jonas. For those who grew up in the golden age of early black & white TV (1950s and 60s), you probably remember that vertical hold knob, the one that would cause you hours of frustration trying to stabilize a flipping image. It would speed up and slow down until you found the right spot, and the picture would hold, perhaps, for a few seconds or possibly minutes, until the dreaded bar would edge up from the bottom of the screen and you would begin the process all over again.

Joan Jonas created Vertical Roll in the early 1970s, when those old black & whites were still the favorite of the avant-garde, who were exploring the “new” medium for its potential of performance, signal manipulation, and newly emerging conceptual forms. Jonas, like many early women video artists (Shirley Clarke, Steina Vasulka, Dara Birnbaum, Marina Abramovic, and Laurie Anderson) turned to video as a medium for creating new work that challenged the feminist issues of the day. As MoMA curator Barbara London wrote in her essay, From Video to Intermedia: A Personal History:

In Vertical Roll, the relentless banging and flipping of the vertical hold perfectly exploits the medium of video as a space for staging a kind of electronic exorcism of the posed female body. It’s a powerful message, one that perhaps evokes special meaning for the boomers who grew up with the spastic flip of the television image – those of us who essentially viewed contemporary culture through the vertical roll.