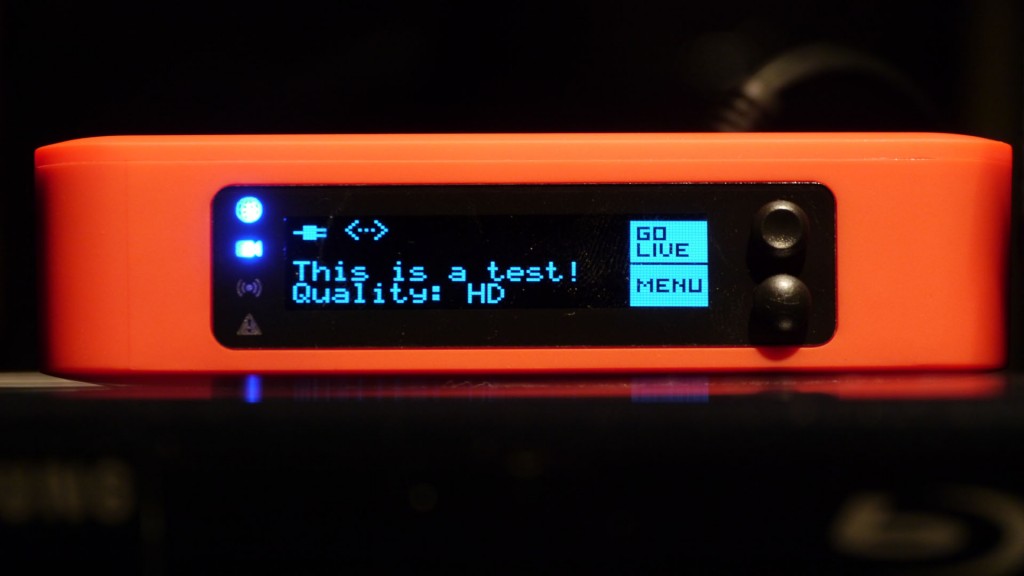 There it is, sitting proudly on top of my rack shielded from the light of day in the closet of the studio bunker: ready for action. The little red box from Livestream. The illuminated text on the interface tells the whole story. You see, this is a test of my emergency broadcasting system, the artist at work, breaking through the sacred air waves that once upon a time belonged to the media. Now this little red box is the final piece of the puzzle before the bunker goes live to the world. Yes, my friends, GO LIVE!, in all the glory of HD. Take that Fox News!

Within a few weeks, The Post Reality Show: TALK MEDIA! takes it’s place among the Washington media. Yet, elite this isn’t! We are artists working within the confines of our intimate bureaucracies, ready to take on any established notion of authority, hierarchy, institution and dominant power. And this unassuming little red box is the key to Nam June Paik’s now infamous declaration from the 1970s, that someday, everyone would have their own channel. Well, not only their own channel, but their own medium for broadcasting. This is the great threat to cable news: live broadcasting is here and it is falling into the hands of artists and anyone else with an intent to disrupt the authority of the narrative that once belonged to the media.

And just like it says on the little red box, I repeat as a call-to-action, and a license to broadcast: GO LIVE!, speak out or forever hold your peace.