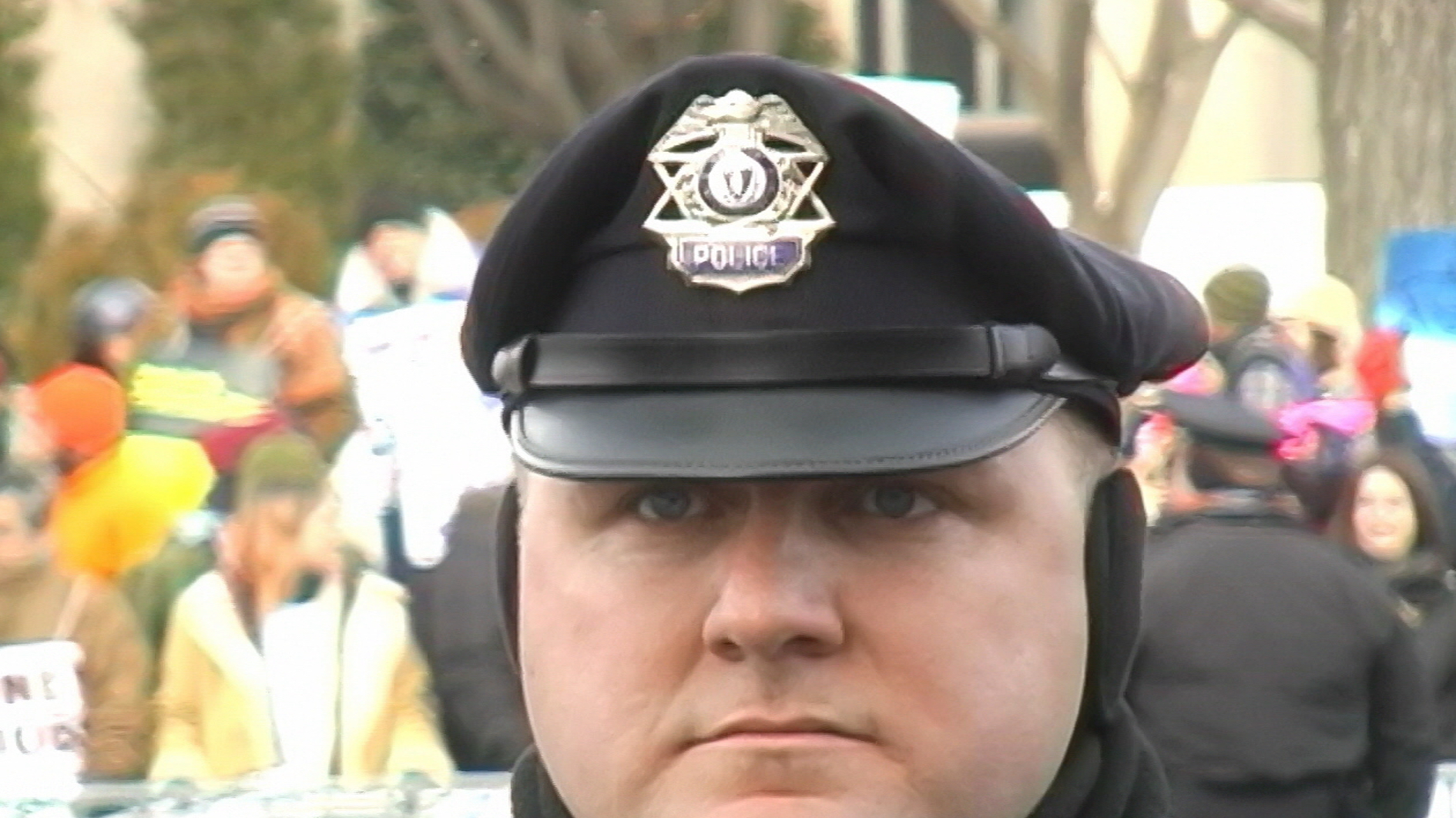 [A remix of Arthur Rimbaud’s A Season in Hell]

I contrived to purge my mind of all human hope in this Hellish place. The nation’s Capital has been transformed into a mighty walled fortress, armed to the teeth, locked-down, swept-clean – all joy has been strangled – on any suspicion, they would pounce with the stealth of a wild beast.

I scream out to the Powers in defiance: “it is not a nuclear or biological terrorist attack we fear, but a total disruption of what was once a free society!” I call out to the Police that I might resist their totalitarian exercises, they who have sealed off our streets, our monuments, our museums, our lives. As the revolutionary inscriptions of the founding fathers fade from memory, walled off by barricades and armed militia, I call out to them: “Misfortune is our God!”

I lay myself down in the deserted streets… I roam the wind-swept alleys… I prowl the cold, steely security fences… I dry myself in an air of crime, of what was once the center of the free world. I play sly tricks on madness, I imagine great military spectacles as a studio backdrop posing as a parade in Celebration of the Inauguration of Fear.

Ah… this winter in Hell has brought me the idiot’s frightful laughter!

You, who would triumph over Tyranny! You who control our Destiny! You who have summoned the Gods!

You who have visited the Darkness:

“Celebrate Death with all your appetites, your selfishness and all the capital sins!”