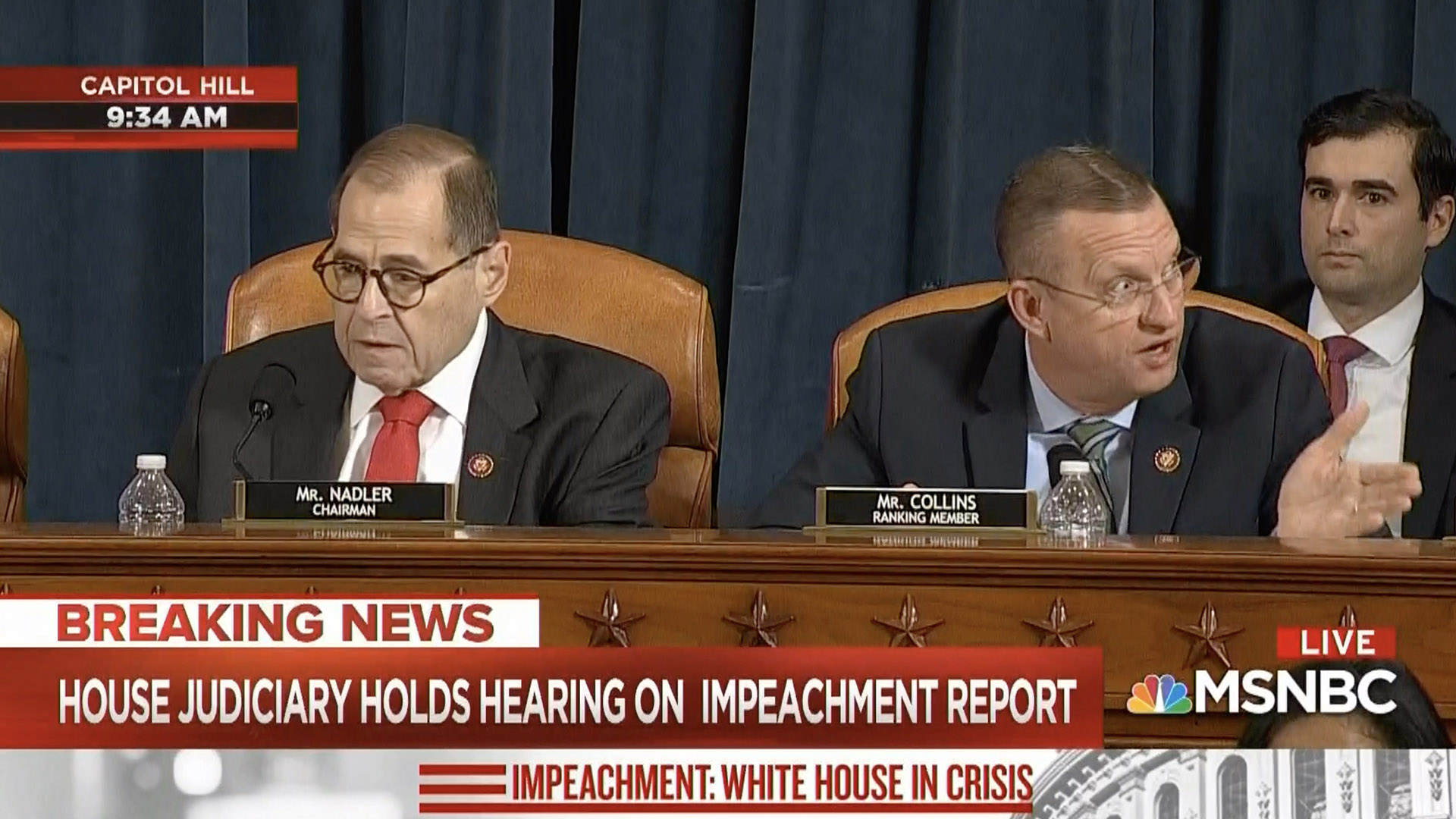 In the post reality, you are free to choose your own reality, no matter how absurd, illogical, or dangerous it may be. In the post reality, the mind is set free to invent extraordinary worlds of fabrication, even if that world runs entirely contrary to wisdom, truth, and logic. You may say this is beginning to sound a little like artistic invention, but not at all, because the artist is quite clear about art being art, and reality being reality. In the post reality, the actors pretend to be operating in the zone of the real: they believe firmly and unequivocally in their suspended reality.

As the Articles of Impeachment descend like a curtain closing Act I of the Impeachment Hearings, we look back on argument after argument after argument hardening into two distinct and separate realities. As Democrats have built a mountain of evidence that clearly maps the TRUMPological machinations of “foreign policy,” an extraordinary plot to twist, bend and reshape Foreign Service into a renegade mafioso hit operation, the Republicans have brought to the table every invented, wild-eyed conspiracy theory imaginable, along with a breathtaking denial of the facts and the role of impeachment in a democratic society. Throughout the hearings, these two positions have crystalized, reinforced by the Media, to the point where the debate has became a hypnotically looping repetition of two opposing realities.

In another time and faraway political place, far, far, far from the post real age we find ourselves in today, the notion of a United States of America was predicated on the idea of a shared reality. I’m not saying there was no room for disagreement in that which was formerly known as the United States of America. But without a shared reality, there can be no agreement, no resolution of conflict, no common ground. Even with Watergate, Republicans eventually gave in to the rule of law, a shared respect for the law, and the need to unite the country. Not so today. As TRUMP so brazenly and prophetically stated during the 2016 election: “I can shoot someone on 5th Avenue and get away with it.” We are seeing this radical departure from the laws of the Constitution, that fragile piece of paper that documents the shared reality that once defined a United States of America, now disintegrating before our very eyes.

In the dark void of the post real, we see nothing less than a terrible chaos manifest itself as the American System tears itself to shreds. I realize this is a dark picture, but this is where are. God help us.