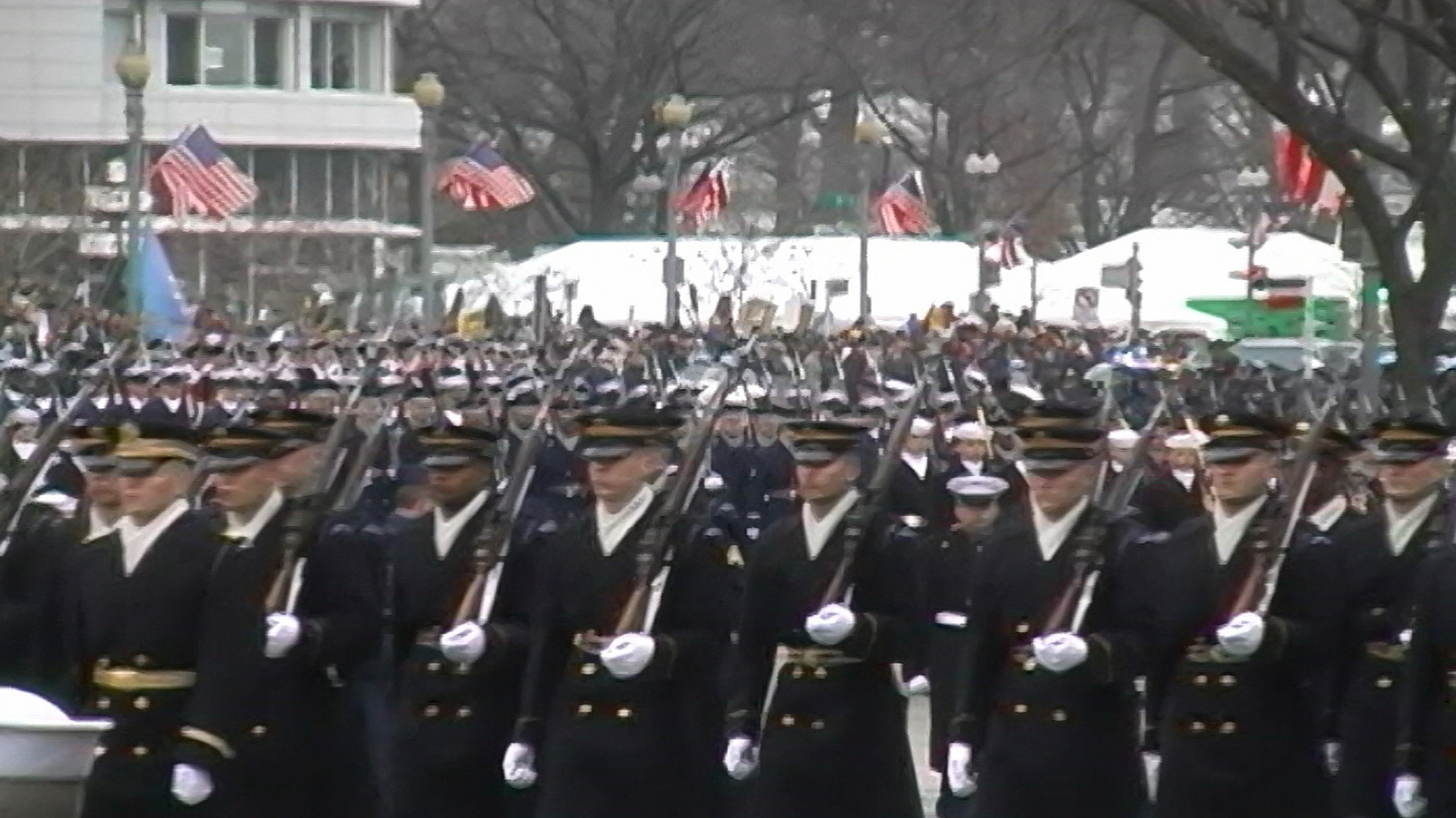 Its dreams, aspirations, visions of democracy, its idealism, extinguished, snuffed out. The spirit of the nation has been replaced by rolling convoys of armored steel and glass, columns of armed militia, marksmen perched on high, and eyes wide filled with a dreadful fear.

Meanwhile, masses of lost, adoring faces, secure in a fantasy bubble of freedom cheered far from the ugliness of reality.

The reality that the nation has died.