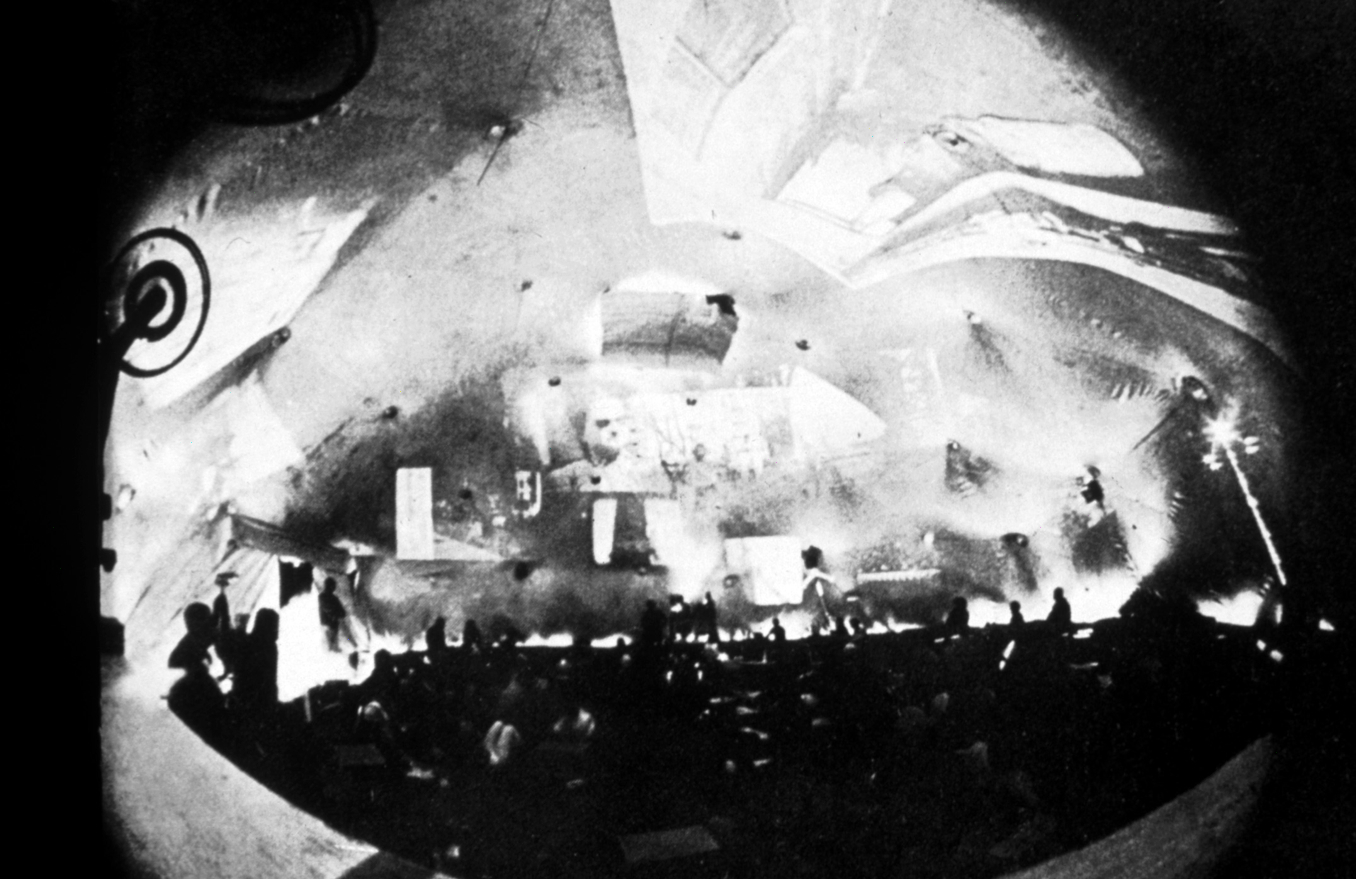 His intention went far beyond the building itself and moved into the surrounding biosphere, the cosmos, the brain and even extraterrestrial intelligence. (on Stan Vanderbeek’s Movie Drome media installation)

In art, there is always a need to radicalize one’s practice, clean out the cobwebs, and strip away the artifice. Now, there are certain artists who only do that. They are forever pursuing the radicalization of thought: some think of them as misfits, or revolutionaries, or perhaps outcasts. But they are necessary to art. They are its conscious. Two of these artists are Stan Vanderbeek and Robert Whitman. And both artists pursued a radicalized approach to the experience of space and material through immersion and the moving image. Both artists thought in terms of space, and the way the mind works and how we are transformed within the spectacular effects of the immersive environment. And they are concerned with space as a social environment, where people come together, like the theater, but not to suspend disbelief on an illusory stage of performers, rather, to be engaged with the effects of space and material as altered through the unconventional use of the moving image.

Today, tethered to our cellular devices, we carry the social space with us wherever we go, it extrudes into the real world, this mystery of telematics, of a world geographically collapsed, a phenomenon we live with, and for the digital natives, it is their world. But returning to Whitman and Vanderbeek, they took aim at reality through immersion and the effects of media in constructed spaces. Vanderbeek and Whitman began experimenting in the 1960s, the former’s Movie Drome from 1965, as pictured above, was a domed space in which the audience lied on the floor while gazing up at projected film and slide imagery. Whitman’s performance works, such as Prune Flat (created in the same year), paved the way for his later experiment on the grandest scale, the Pepsi Pavilion, a project Whitman E.A.T. created for the 1970 Osaka Expo Japan. 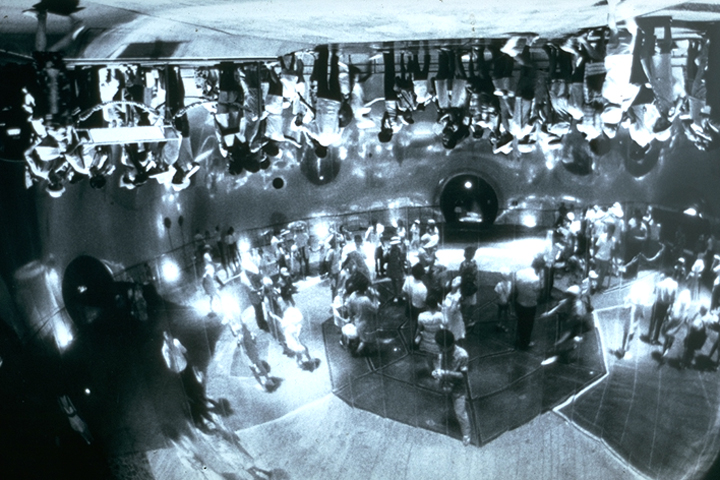 Whitman’s concept for the Pepsi Pavilion was to create a massive spherical mirror, 90 feet in diameter, which produced “real” images, a three-dimensional upside-down doppelganger of the viewer hanging above like some phantom ghost. And like a holographic avatar, each spectator saw a unique mirrored reflection depending on their point of view. And within the mirrored space, performances were constructed through a variety of media that interacted with the mirror’s effects.

The radical new thinking embodied in both works, what Gene Youngblood referred to as “expanded cinema,” is perhaps best understood through the idea of “intermedia” as coined by Fluxus artist Dick Higgins. For what both the Moviedrome and the Pepsi Pavilion have in common, besides the spatial immersion, are the effects of connecting disparate forms of media. And not just electronic media, but the “media” of  social experience, as though social relations could be brought into a work as another kind of material. Here, the intermedial forces come into play, the idea that anything and anyone can be connected with anything else, such that the viewer is encouraged to compose their own experience. There are no rules  – the more juxtaposed, contrasted, surprising – the more the moment comes to life. The joining of intermedial forces contained with this “Happening,” (though none of them ever liked that word, except Allan Kaprow), connecting sound with image with gesture with light with audience with interaction with space and with life itself.

What makes this so radical you might ask? It’s because art is so very often concerned with narrowing the spectrum of possibilities, with refining the focus, with limitation. Whether it be through the use of paint or music or dance or the moving image. In both of these works, there are no boundaries. There is no material or acts or words or ideas that can’t be incorporated. If there is a single defining aspect of the radical, it’s that anything is possible. And when anything is possible, the mind reels, but freedom is in the air, a freedom found in discovering the inexplicable, the uncategorizable, the impossible. Perhaps there is nothing more human than the need to create something that’s never before been imagined.

And when convention begins to suffocate art by continuously invoking the predictable, the Bob Whitmans and Stan Vanderbeeks of the world will lead us gleefully into the  wilderness of the uncharted.