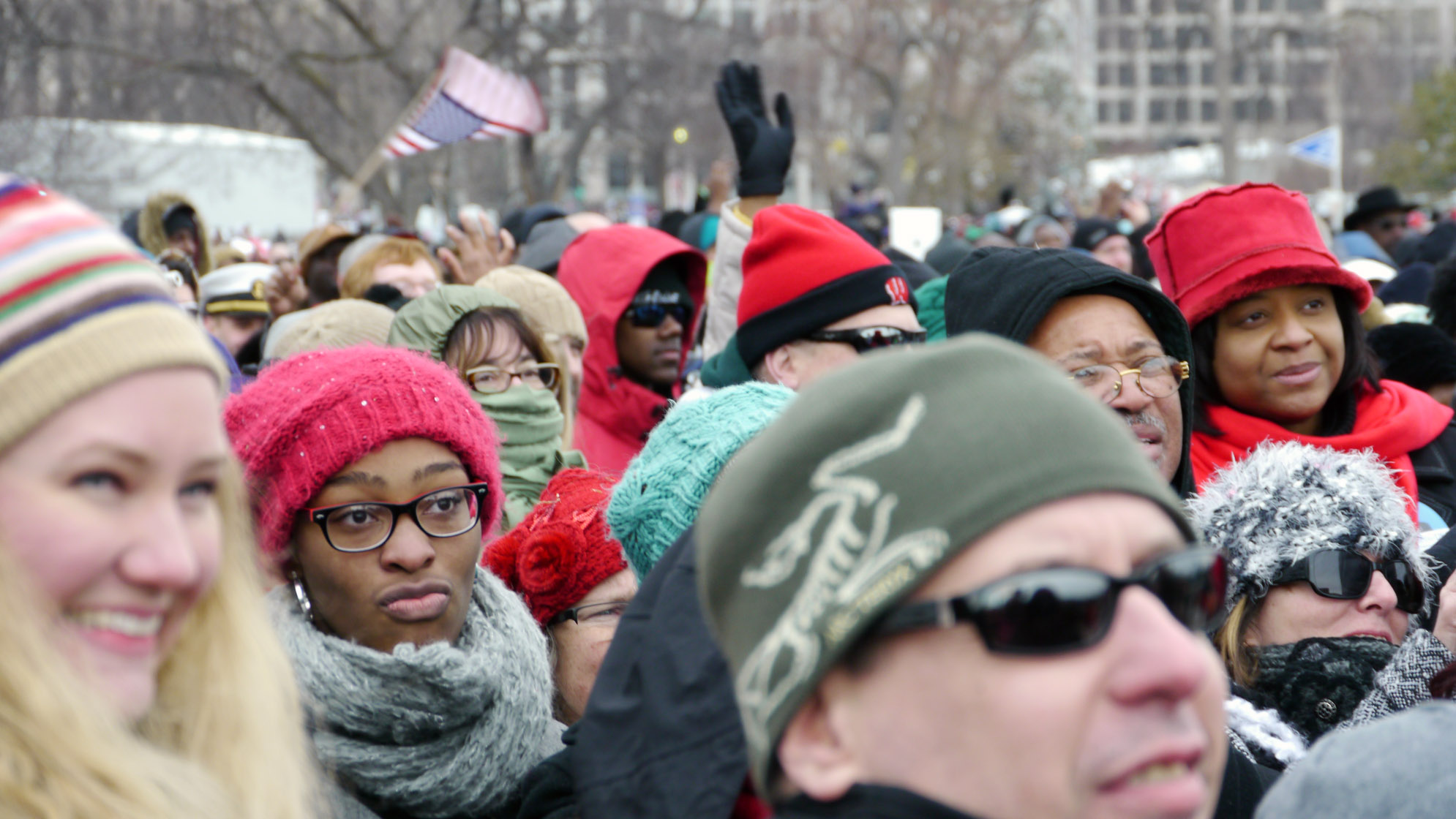 … possibilities are limitless, for we possess all the qualities that this world without boundaries demands… diversity and openness; an endless capacity for risk and a gift for reinvention… we are made for this moment, and we will seize it – so long as we seize it together. – Barack Obama, 2nd Inaugural Speech

Standing on the National Mall for the Presidential Inauguration is a timeless experience. You recall generations of those who stood in this same spot, heard the same sounds, saw the same banners, and felt the same emotions of being part of something larger than yourself. I’m no sentimental patriot. I do not hang a flag in front of my house. In fact, I have been known to defiantly remix the flag for purposes of artistic and political effect. And yet, standing on the Mall in the cold, damp air, surrounded by fellow citizens from all over the country and the world, the ritual moment of the Inauguration has the clarity of something genuine and true. We are not blind followers of rah-rah patriotism, we are participants, deeply committed to an “idea,” as Obama emphasized. We are not beholden to some abstract notion of God or nationalism, we are active agents refining a concept that was invented over 200 years ago, which somehow, miraculously, continues to survive and develop. 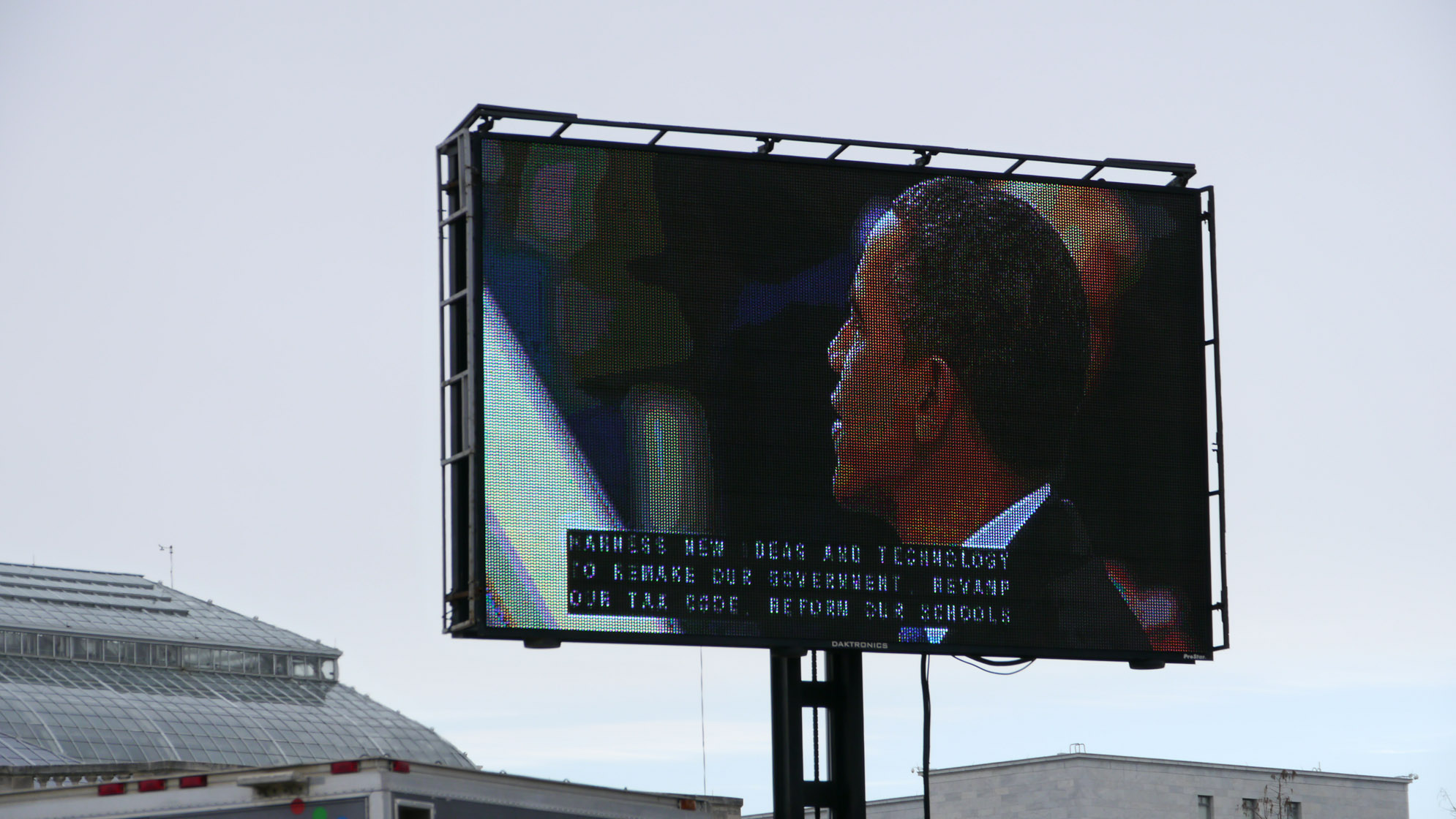 … we must act knowing that our work will be imperfect… You and I, as citizens, have the obligation to shape the debates of our time – Barack Obama, 2nd Inaugural Speech

As our recent political history reminds us, the big “idea” of the American experiment in democracy requires real action. Endless bluster and political gaming is entirely destructive to the process, the collective one, which requires an honest commitment to the collaborative spirit. It’s anything but perfect, in fact it is downright messy, but it’s all we have, it’s the only hope in maintaining the “idea.”

In the end all we have is an idea. Democracy is a conceptual work. It is nothing but an agreement between those who cooperate and believe in the idea. It can disappear in an instant, the second we let go of the idea, no longer have faith in the collective process, turn against the idealism of the concept of this shared project. That’s what makes it imperfect. It is an idea that is shaped and reshaped by multiple voices that agree and disagree until the project itself has been transformed and revised. Whether it is a congressional bill, a theater production, or a software application, these products of collaborative industry are enriched by the many and the integration of multiple perspectives. Is this perfection? Hardly. But it is an idealized production of people working together towards the common good of each individual. 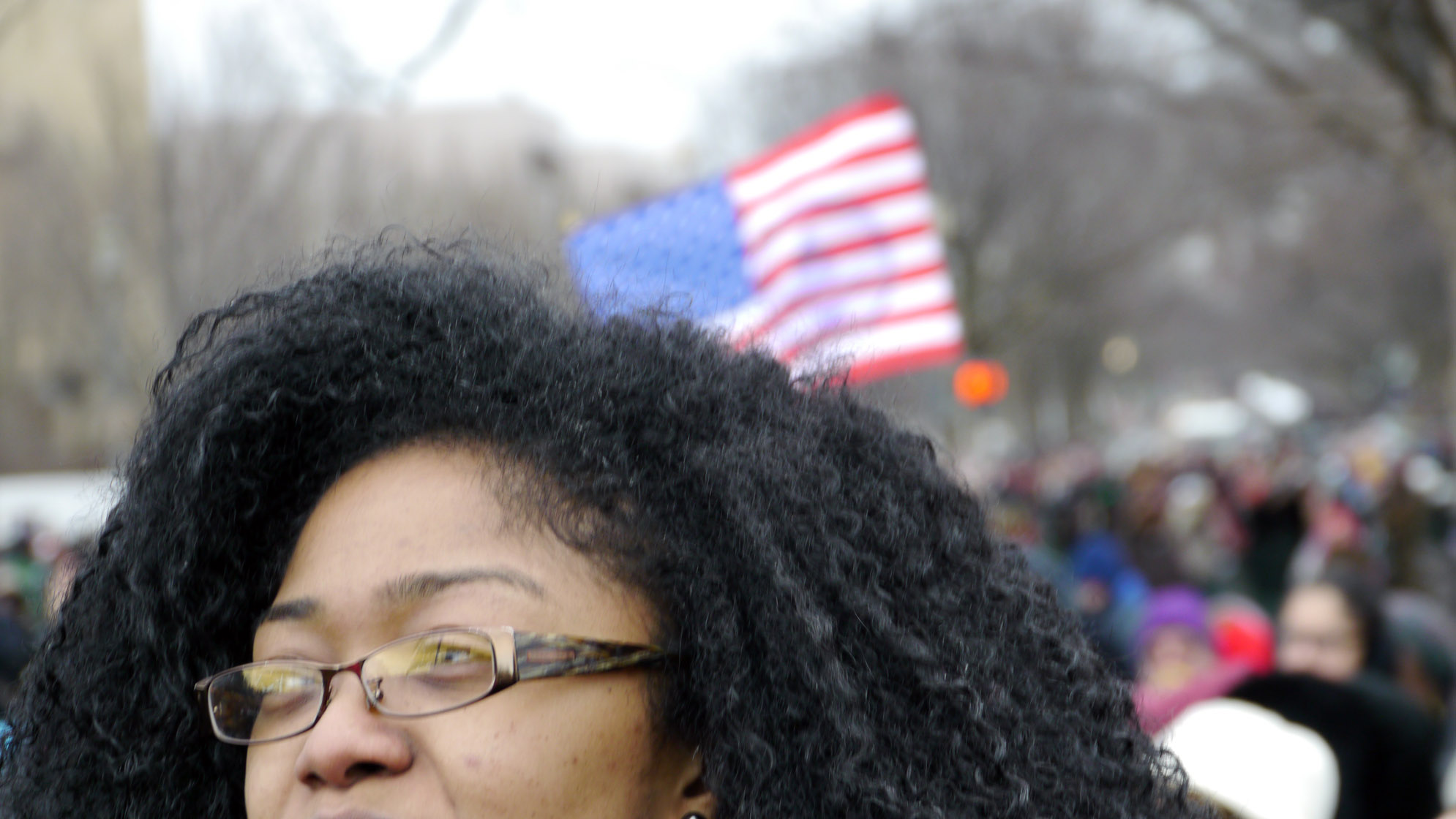 Yes, democracy is open source, it is a peer-to-peer process of the many coming together for the creation of one entity: E Pluribus Unum, the guiding principle of democracy, a fundamentally human concept that we are all in this thing together.

Standing on the Mall in the cold wind hearing Obama’s voice resonate through the PA system, it becomes quite clear. We cling to the big idea by a thread. It’s all we have. Without the commitment to the idea, we may as well bring out the guns and just defend ourselves: every man for himself. But as long as the idea survives, we have the ultimate weapon at our disposal, the collective power of the human spirit. Utopian? Not at all, it’s what democracy – the idea – is all about. Entirely imperfect yet perfectly attainable.