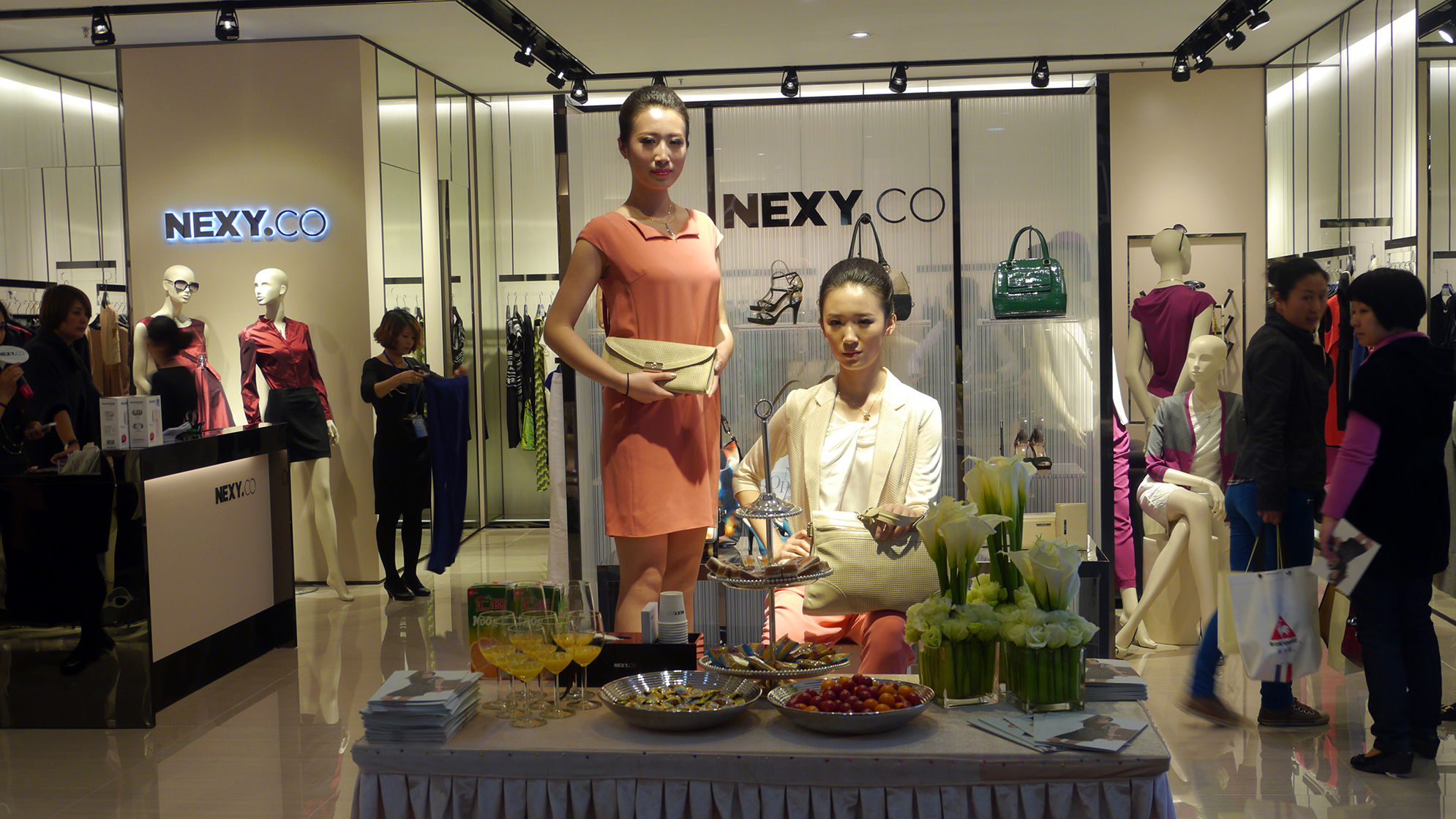 Formality is an essential ingredient of Chinese culture. It’s everywhere: security guards, elevator operators, waiters, and yes, even living mannequins in the department stores. But the mannequins turn the concept of formality on its head. Here, it becomes a pose, statuesque and surreal. Barely real.

A slight, knowing grin leaks through the woman on the left, but the one on the right, is completely in form, staring intently at nothing, fixed and expressionless into some faraway void. They are live China dolls posing as mannequins, the kind that usually serve as surrogate humans. This is recursive feedback between the real and the virtual, a live performance for shoppers, who seem to barely notice any difference between actual human models composed of flesh and bones or the real mannequins fabricated in plastic.

Since no one seemed to be reaching for the cocktails and appetizers the models served up, it could only be determined that the food was fake as well, or props never intended for consumption. Which means that the women themselves are transformed into props, used for selling merchandise, in which formality is not just a pose, it is a way of life.