Network television is the ultimate mechanization of control. Safely invisible behind the screens, corporate executives congregate in slick board rooms accompanied by premium attorneys and marketing analysts to decide what we watch. Television is controlled by big money, big politics, big technology, big corporations, “big” things in general, and it is nothing short of a miracle that anything of real value and meaning is transmitted via the airwaves.

Network television is tightly programmed down to the second: with its precision time slots geared to biased news, raving punditry, sport spectacles, reality television, tele-evangelists, cop shows, sitcoms, ads, promos, logos, etc. The medium is designed to keep things moving right along, “jolts” as they are called, frequent interruptions and abrupt changes that activate the nervous system and reduce the viewer to total submission except, perhaps, to press the clicker. Ironically, changing the channel is an illusionary act of control because it means nothing more than switching from one show to another, no matter the quality of content, the viewer is never really in control: a passive recipient of the broadcast TV FEED no matter what passes through the screen.

Since the emergence of Internet streaming formats, online programming, YouTube, Netflix, Hulu, and all the rest, there is a tectonic shift at work in the world of broadcasting: even the networks have given up a semblance of control, allowing viewers to pick and choose their poison on demand: albeit with a new strategy for ads that force you to wait and click. But what if artists – yes, those lone, sometimes dangerous wolves in the world of media – get behind the wheel of the transmission, Internet, that is, FULLY in control, absolute control, MASTERS of control! And what if the message of this control is to amplify and expose the hypnosis of the mechanisms of control, the techniques of media and its manipulation – no longer in the hands of corporate executives –  now rather, brought into an activist’s cosmological world of jolts and soundbites and pulsating graphics and noise musics and seductive snippets of this and that: with the intent of irony and parody as critical response. Yes, this is what makes the artist truly dangerous: revealing the status quo.

And what if the result of this transmission is to expose the massive ingestion of the daily media diet we consume each and every day? What if the purpose is to appropriate and regurgitate a TORRENT of fragmented shards of broadcast television’s finest hour of hypnotic repetitions and distortions, grinding them into the artist’s remix vocabulary to unveil the speed and velocity of the FLOW? And what if the artist invites you ever so graciously into their own media control center, with a certain tongue-in-cheek bit of sarcasm: “TUNE IN to the broadcast and take a ride on the FLOW from your laptop or mobile device or even your high-tech computer-driven audio-visual home entertainment center!” 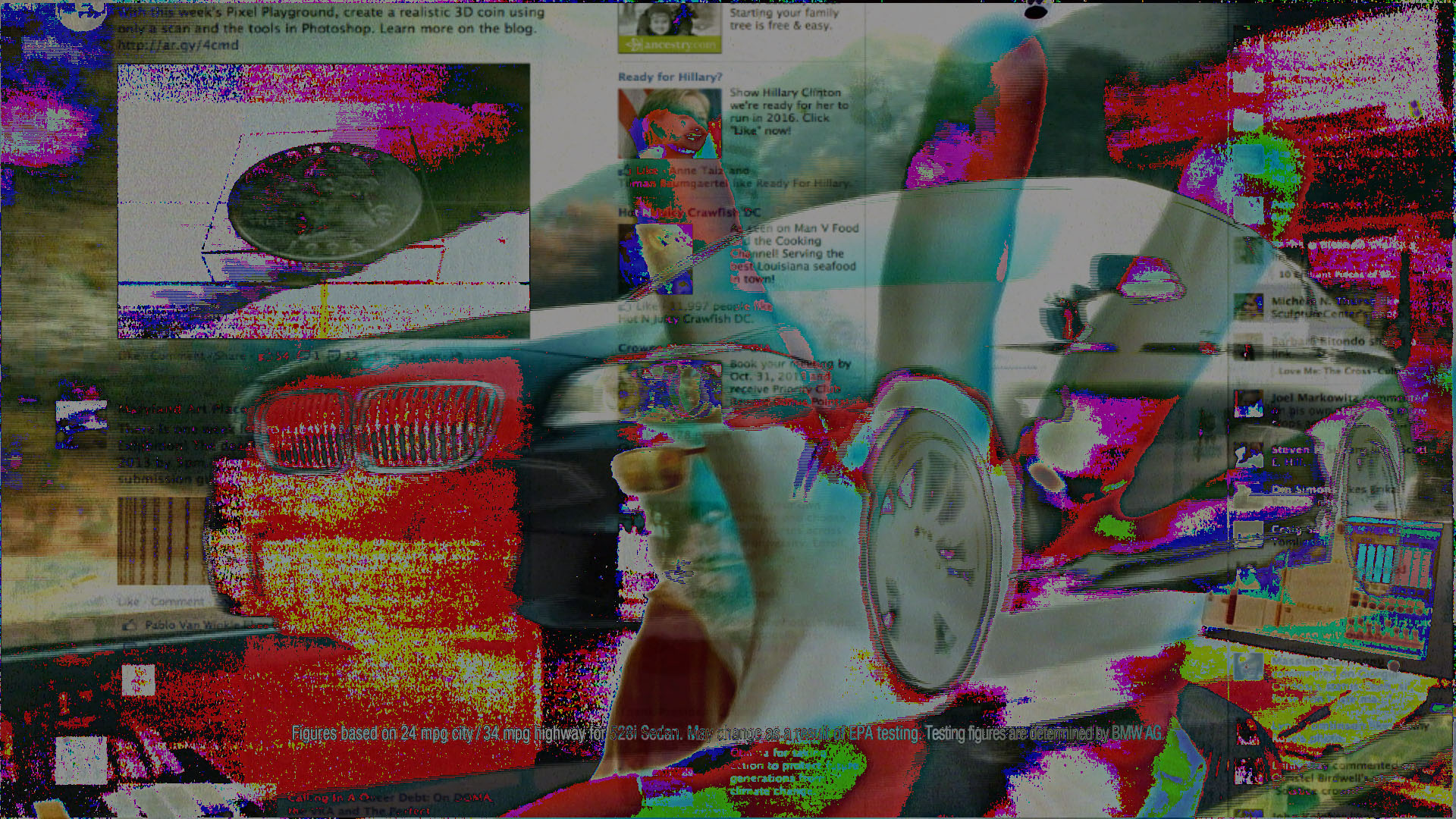 To spin, distort, transmit, disperse, and SCREAM OUT TAKE CONTROL OF OUR MEDIA in an unceasing, maddening FLOW & TORRENT of redirected media and desktop debris – sometimes live, sometimes not – but always on, always going, moving, changing, shifting, jolting: endlessly in the 24/7 media cycle: this is the goal.