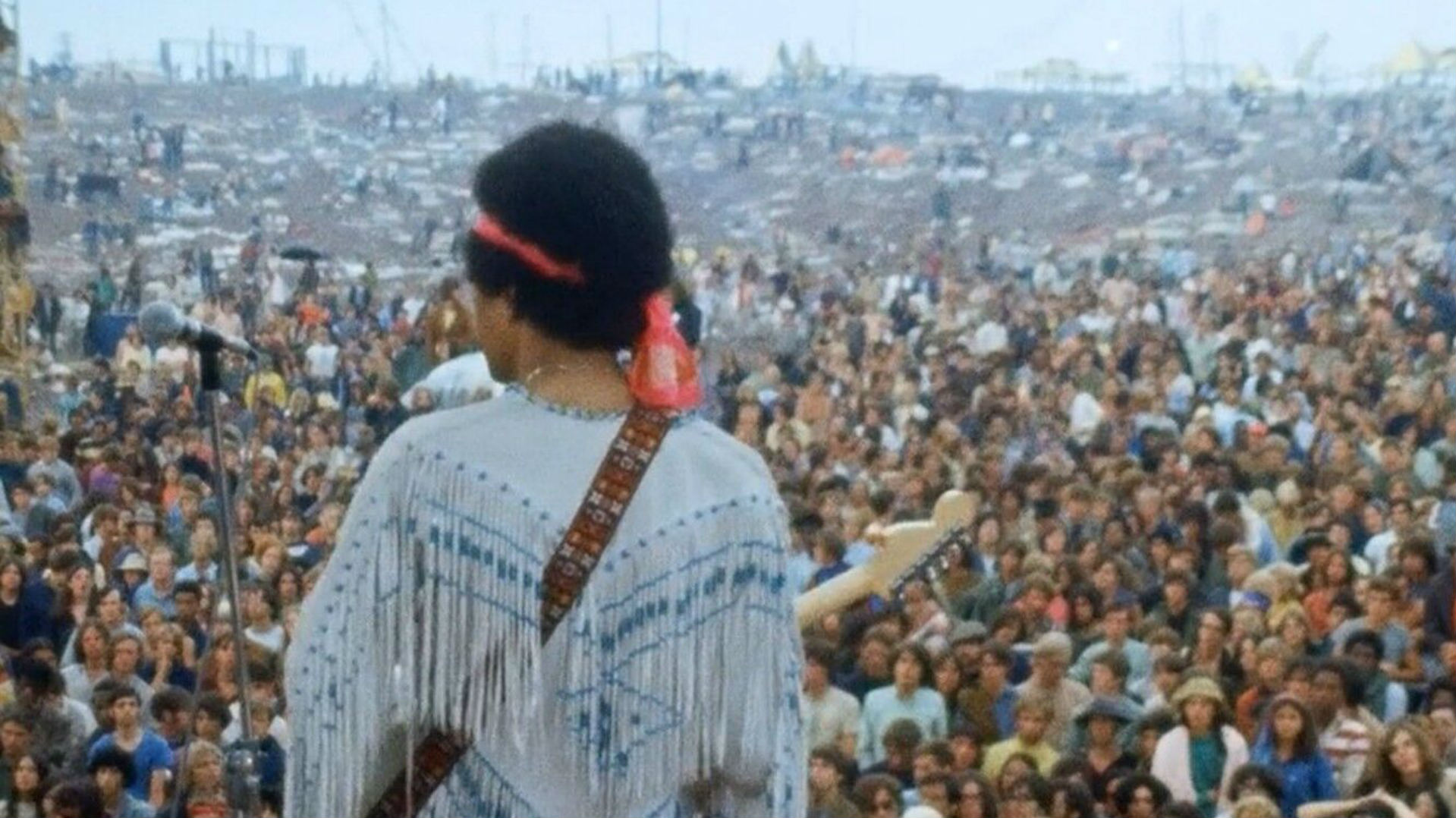 The 50th anniversary nostalgia over Woodstock seems like a flashback to another era, a time very, very far from where we are right now. But for those who were there, it was the realization of the dream of the impossible, the impossibility of a few days of social harmony that broke free from the constraints of everyday reality: free from parents, rules, laws, and any other form of authority that said you couldn’t do that. Music was the catalyst of Woodstock, but really, it was about something else. Woodstock was a moment in time, out of time, where you could experience a re-imagined autonomous reality, a generation’s realization of total rejection of the establishment status quo. 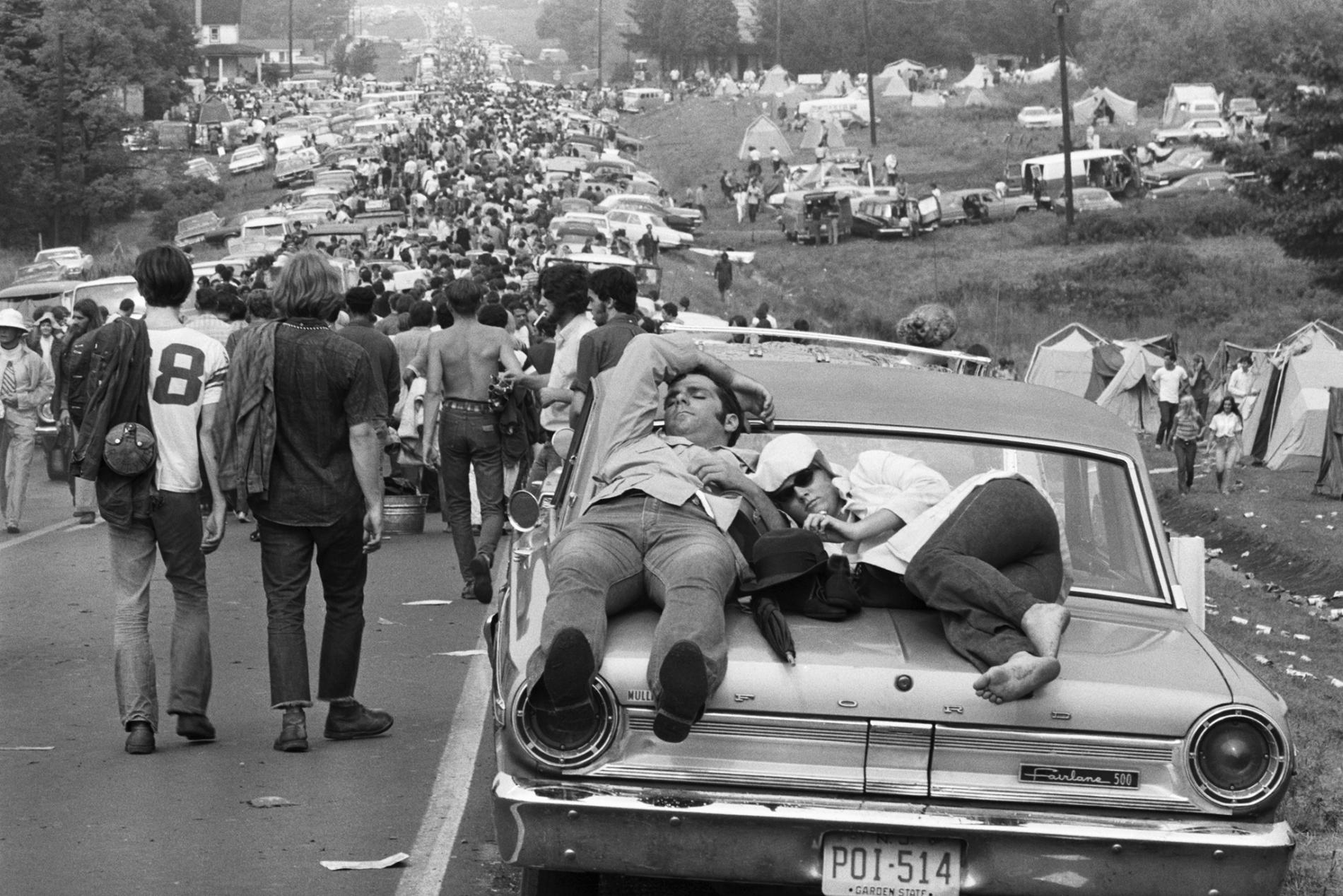 Nowadays, it seems the status quo is the ultimate symbol of attainment, the establishment is fully in control, and free-spirited, anti-corporate, DIY mega-festivals like Woodstock are a long ago distant memory of pure innocence. But Woodstock wasn’t just a music festival, it was a movement. It wouldn’t have been possible if it weren’t for the fact that the baby boomers were moving in an entirely new direction, experimenting with new lifestyles, new social relationships, new ethics, new music, new drugs. Perhaps it was the result of a generation of boomers that had it much easier than their parents, middle-class kids who could afford to break the mold, who could pack up their VW busses for a three-day adventure into another world. 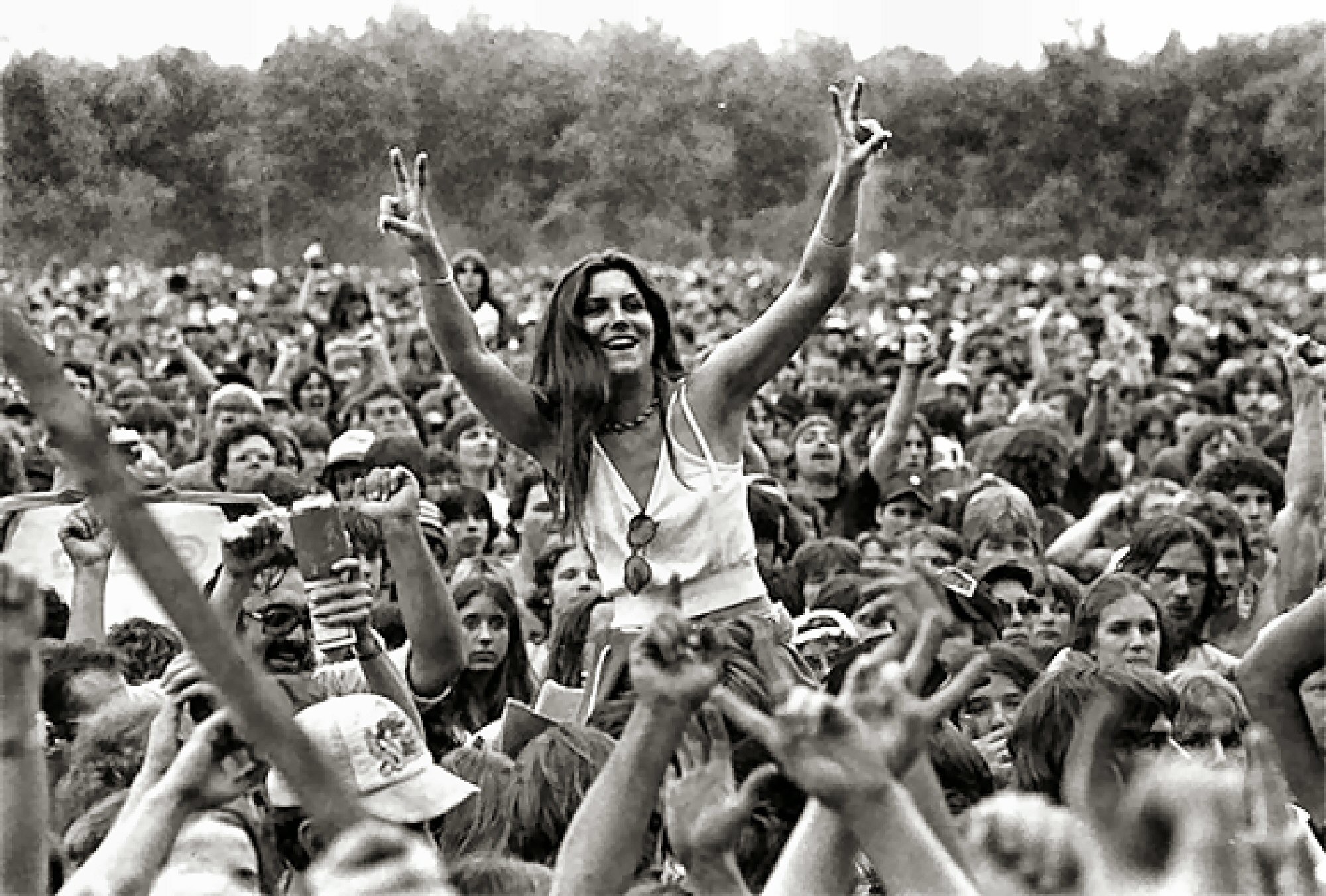 Essentially, Woodstock was a state of mind, an attitude, a commitment to creating a social space that was like a remote island distant from the harsh reality of war, poverty, racial unrest, and political turmoil. Leaving the culture, without leaving the country. Woodstock was the affirmation of the counter-culture and a new definition of America. It was more than long-haired vagabond hippies traveling in psychedelic busses, more than a revolution in drugs, rock ‘n roll and free love, but rather, a model for another kind of civilization, if only for a few days.

Woodstock was the mother of all communal living experiments. Had it not been for such communalist, alternative culture pioneers as Wavy Gravy and the Hog Farm (who provided “security” and food at Woodstock), Ken Kesey’s Merry Pranksters (who defined the counter-culture in their 1964 bus trip across America), or the Videofreex (who met at Woodstock and later formed the seminal video collective), the festival might not have been such a radically transformative gathering: nearly half a million people determined to challenge the world with a massive utopian experiment. 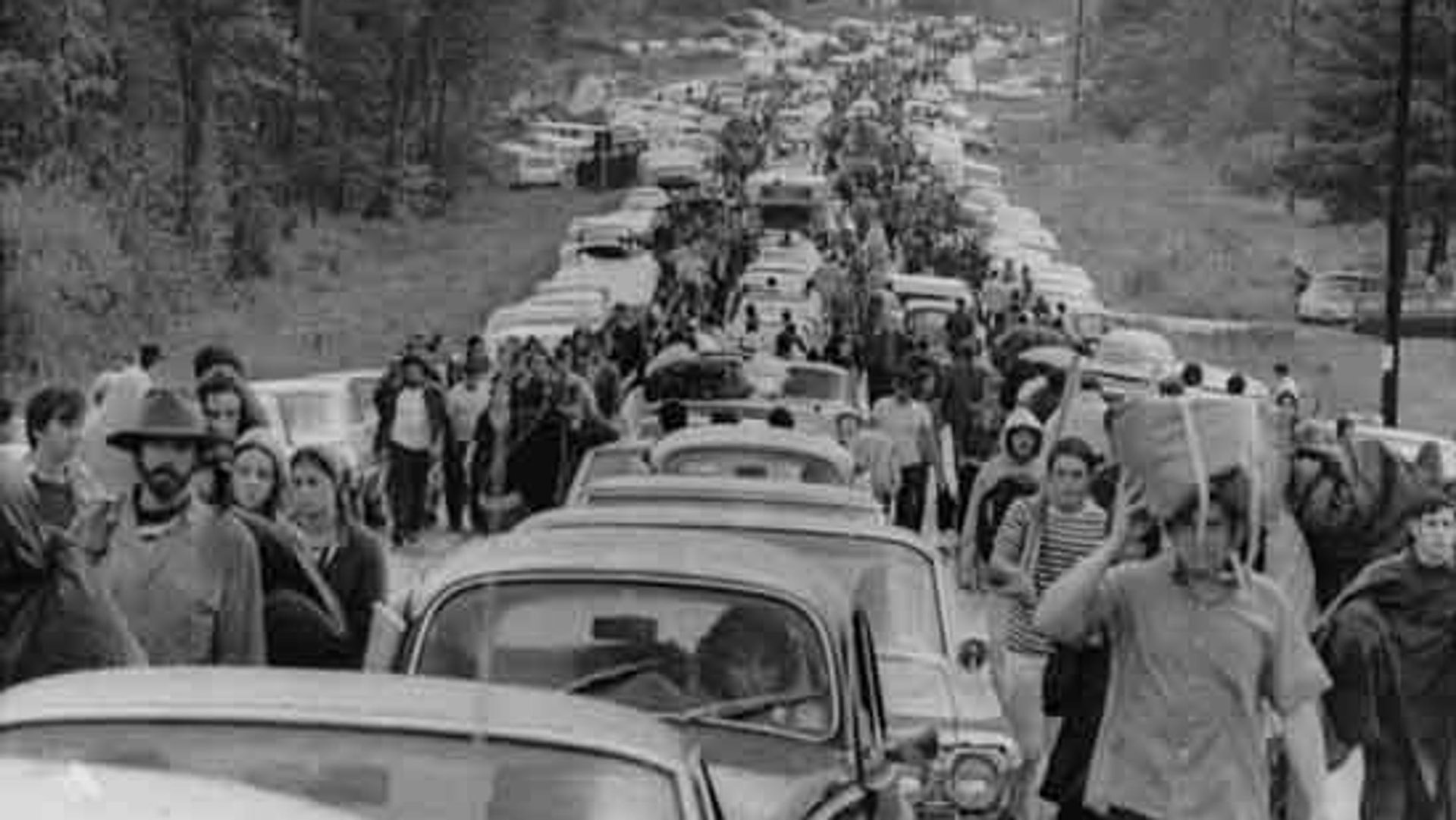 The organizers Michael Lang and Artie Kornfeld referred to Woodstock as an “Aquarian Exposition.” It was as though the inevitable problems of water, food, rain, mud, shelter, traffic, sanitation, etc., were all part of a grand Aquarian test of hippie resilience to overcome the physical conditions and prove they could form a city of hope and transcendence. A revolution? Yes, a revolution in an age of innocence, before the rise of cynicism and divisiveness in today’s social, political, and economic environment. Woodstock was far more than three days of fun and music, it was a glimpse of the impossible, a refusal to those that said it couldn’t be done, a belief in another kind of humanity that is so far out reach. 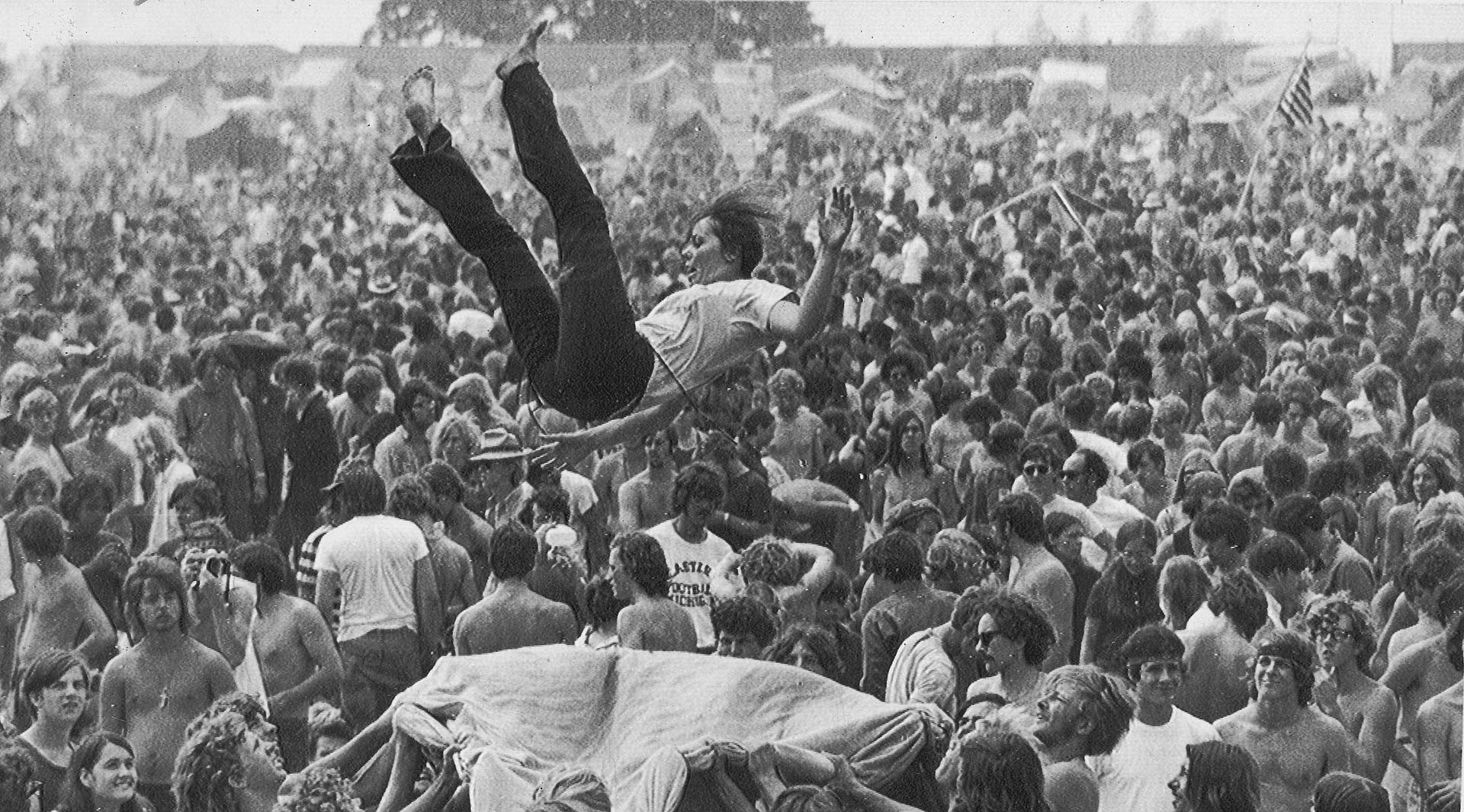 Woodstock was not real change, it didn’t alter human nature, but as utopian thinking, it was a model, a goal, something to believe in, however unattainable. Because for three days, it really did happen, however innocent and short-lived it may have been, issuing a timeless statement we can’t ever forget.