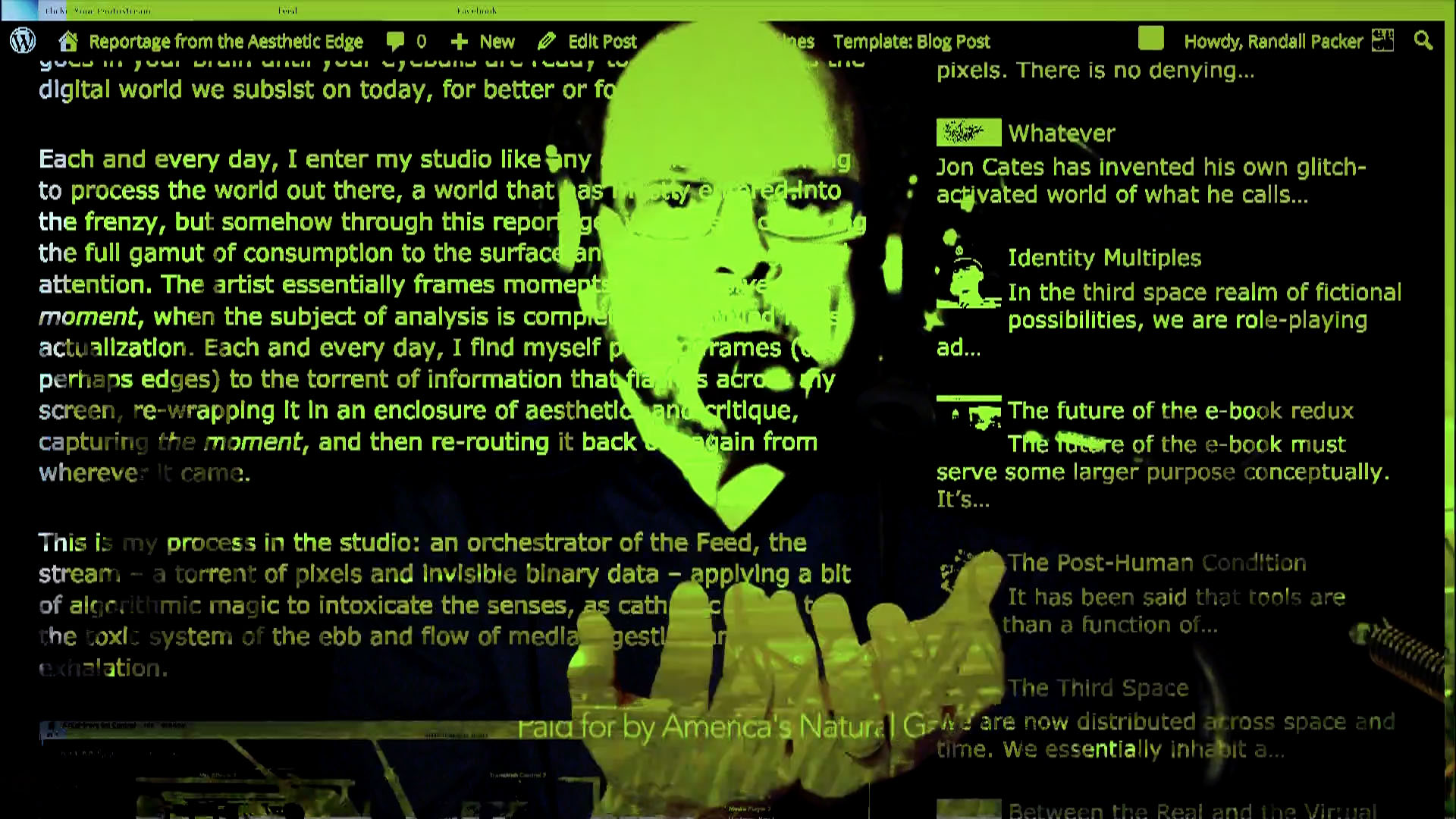 Rest assured, this is not the rant of someone insane or twisted or disillusioned. No, this is the artistic utterance of a proud member of the baby-boom television generation. For years as a child, I basked in the glow of the cathode ray tube, while it still existed, absorbing the electrons that disseminated from any one of the 13 or so channels we could pull into our living room. With such a narrow selection, it was easy to decide what to watch. There were just a few programs to choose from, and any one of them would be satisfactory to my craving for the transmission.

I grew up this way, without a thought or a concern for what I would eventually become: a media artist. And as a media artist I have turned my gaze to the effects of the transmission as the technology has shifted from analog to digital. For me, it’s all the same, for eventually information becomes analog as it is filtered through my pores and digested by my brain cells. I crave the radiant light of the transmission. I find it soothing and in some inexplicable way, pacifying, even calming.

Here in my studio, I have spent the past three + years creating a system where I could experience media as though it were being injected directly into my nervous system. Why, you might ask? It’s not just because I find the stimulation of the transmission a balm for my artistic impulse. No, it’s rather like having the ultimate window on the waves of light for its dissection and analysis. How else can you critique the mediated conditions of 21st century digital life if you aren’t in it. You can’t just be a passive observer, you need to conduct your work as a scientist or medical researcher would by getting right up close to the contamination.

I am protected mind you. I keep a healthy critical distance from the content of the transmission. For it’s not the light that will infect you, it’s the subject of its content. I train my gaze on the electronic signals with a wary eye, ready to jot down a few notes, publish another blog post, prepare a lecture for my students, in order to consider the myriad ways in which the human soul might rot from all this real-time stimulation.

In the end, I am right at home with the medium of television, it is my instrument, my orchestra, and I’ll most likely spend the rest of my working days mastering its manipulation.