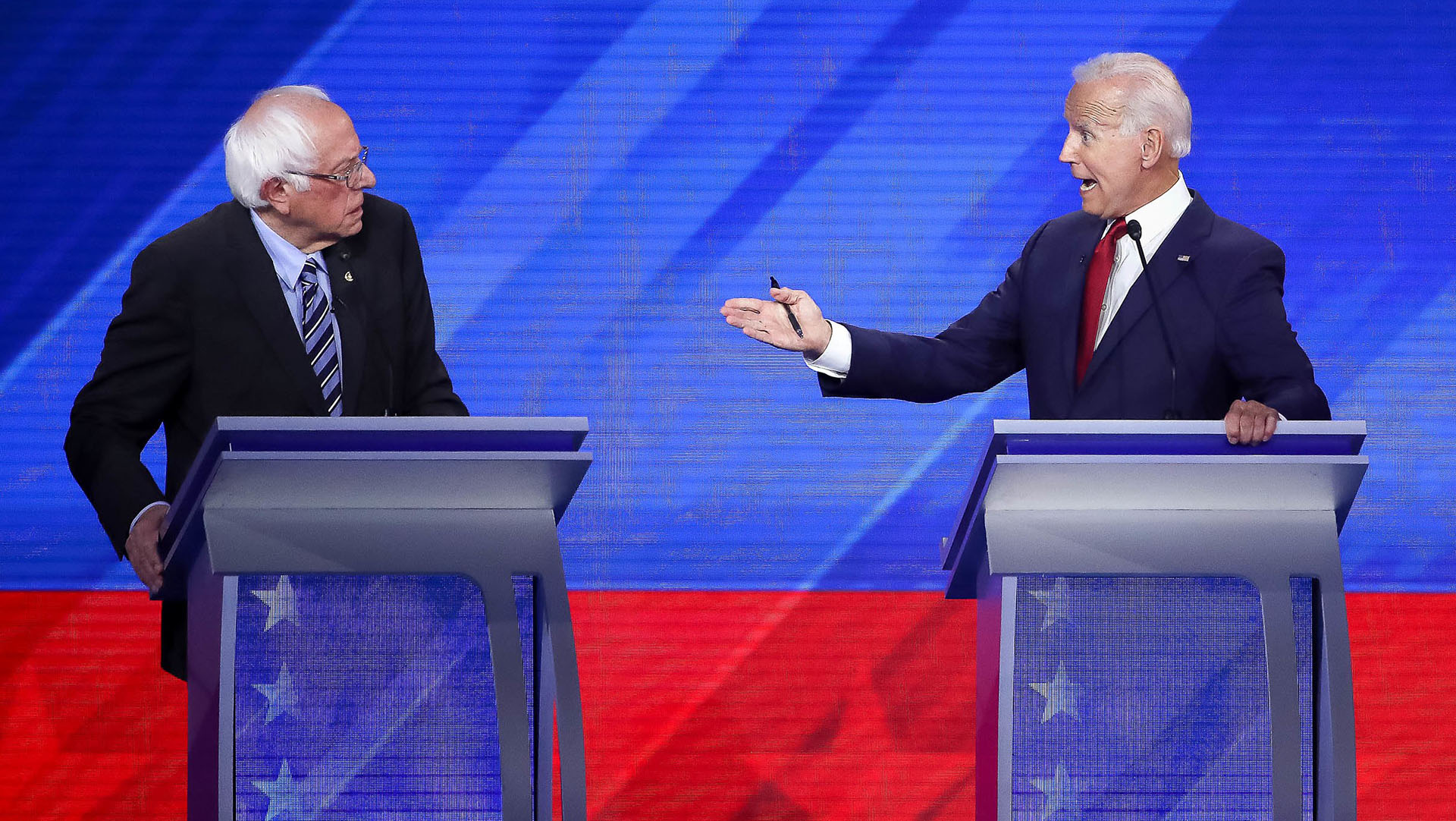 Empathy. That’s the keyword for 2020. As the battle for the Democratic nomination plays out today across the country on Super Tuesday, what matters most right now in this year of dystopia, as an end to TRUMP’s occupation of the United States government: empathy. It has become more than clear, not that we didn’t know it already, that having a power-mad, television-obsessed, celebrity-showman as President simply doesn’t work. Today, as the Democratic candidates are scrambling their alliances looking for a way to beat TRUMP, whether it be Bernie’s democratic socialist revolution, or Joe’s good ol’ boy persona, or mike’s bottomless reservoir of weaponized money, or Elizabeth’s plan-for-a-day enthusiasm, there is only one thing that can ultimately win the day: empathy. It’s what TRUMP has absolutely none of, it’s what the American people are craving for, desperate for, as we slide deeper & deeper into a political abyss from which there may be no return.

In the lead-up to today’s Super Tuesday denouement of the early primary season, we have seen a crossfire of health care policies, expensive plans for tuition free education, complex studies to combat the existential crisis of climate change, impossible theories for ending Washington corruption, et al, et al. Unfortunately, all of these policy prescriptions will be useless, headed for the congressional junkyard, without the most important attribute that brings the powers that be to the table and forces the political machine to grind its creaky gears: empathy.

Think about it: most of the Presidents who have been elected in recent memory were those who connected on a deep emotional level. Now some of them were good at forcing a connection through manipulation and fear tactics, such as TRUMP, Nixon & W., all Republicans, who brought the country to dark, divisive places in order to maintain their divisive political grip. (Are conservatives more drawn to fear, we might ask?) On the other hand, Roosevelt, Kennedy, Reagan, Clinton, and Obama, were all masters of empathy, who connected with people on a profound level. Of course, this connection often boils down to theatrics, because as we know, politicians are performance artists at heart, who rally the people by winning their hearts & minds using compelling populist tactics that are not always genuine.

But ultimately, the force of empathy is what carries the day. It turned Amy Klobuchar’s second tier efforts into a winning campaign, at least for a few days, when she shared the anecdote about a man who sobbed when Roosevelt’s funeral train passed by. When the man was asked if he knew the President, he replied: “No, I didn’t know the president, but he knew me.” Pure empathy. Last night Biden, at a campaign rally in Dallas, compared Pete Buttigieg to his late son Beau when the former mayor ended his campaign and endorsed him. It worked splendidly on an ecstatic crowd who ate up Joe’s glowing description of Pete as a great man with a bright future, the future his son would never have. Inappropriate? Probably. But it cast a warm glow of empathy over his supporters who basked in the feel-good moment of hope.

However tactical, calculated or sincere, empathy is the emotional tool that will win the day for the Democrats as we head into Super Tuesday. Why is that? Because TRUMP doesn’t have an empathetic bone in his body. He has no idea what empathy feels like. His political tactics are born from techniques of televisual illusion & authoritarian control. The connection he makes with voters is not one of empathy, it is shared grievance, victimization, hatred, anger, and racism. TRUMP is a master of the dark arts of spinning populist moments in a fever of lies, blame, and cruelty. He does not even attempt to empathize, because it lies so far outside of his cruel imagination.

True empathy is associated with “goodness,” it’s roots are founded in compassion and altruism, self-sacrifice and charity. These are all human qualities that are alien to TRUMPology. The power of empathy can crush him, because it is the greatest power we have as human beings to bond, it’s more powerful than fear, more powerful than hatred. Barack Obama said in his book, The Audacity of Hope: “What binds us together is greater than what drives us apart.” If the political establishment is ever going to return to a culture of civility, which appears near impossible at this moment in history, it will be resurrected through empathy: the ability to see the world through someone else’s eyes, the ability to move above and beyond tribal instincts, the ability to strive for the common good.