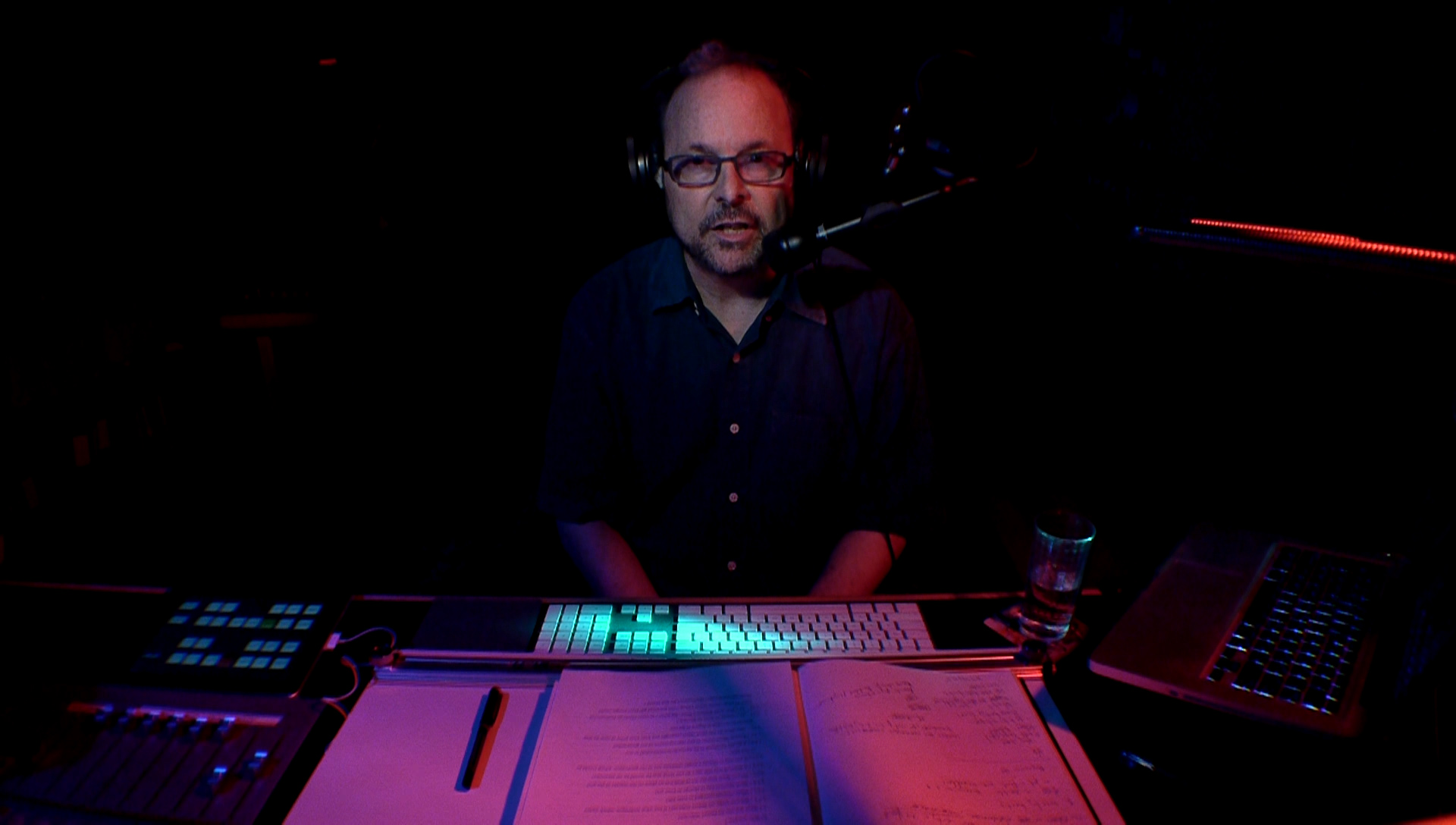 Think of the studio as a system: plugged into the network. The studio is no longer an insular space and the process is no longer a proprietary activity. The studio is now open source: meaning, the daily ritual of making art is a distributed activity, just as the everyday life is now a shared reality. We are connected and there is no sense in breaking the cord, especially as an artist, in order to protect some anachronistic idea of an original. The original is an antiquated notion that expired years ago, though this ancient practice is still entertained in certain circles. Nonetheless, in our 21st century ever-present-present-connectedness, it no longer makes sense for the artistic act to be an insular activity. Today, the artist (like everyone else) is as much a part of the networked relations as anyone, and must engage, for it is ultimately the responsibility of the artist to test and gauge the rapidly changing reality.

So I have staged my studio space in front of the camera: a proscenium that achieves its viewing via the theatrical edifice of the Web interface. The artistic act, the thinking process, the ever-spiraling-complexity of problem solving is conducted in real-time in front of the camera. Why you might ask? Why open it up like this? Why reveal the trivial moments of studio activity? It is because this exposure is ultimately the purpose of the artist: to reveal, to perform, to convey, to go public. If not that, then what else? The idea of a private existence for an artist is an oxymoron. If you want privacy, take up something else. The artist on the other hand, is one who lights a way, who goes into dangerous places, who takes risks, who gives up the comfort of the status quo, who puts it all on the line.

And if that is the artist’s raison d’etre , the only solution is to go open source, for all to be revealed, to the point of making people uncomfortable, to transform the studio space into a theater of action.