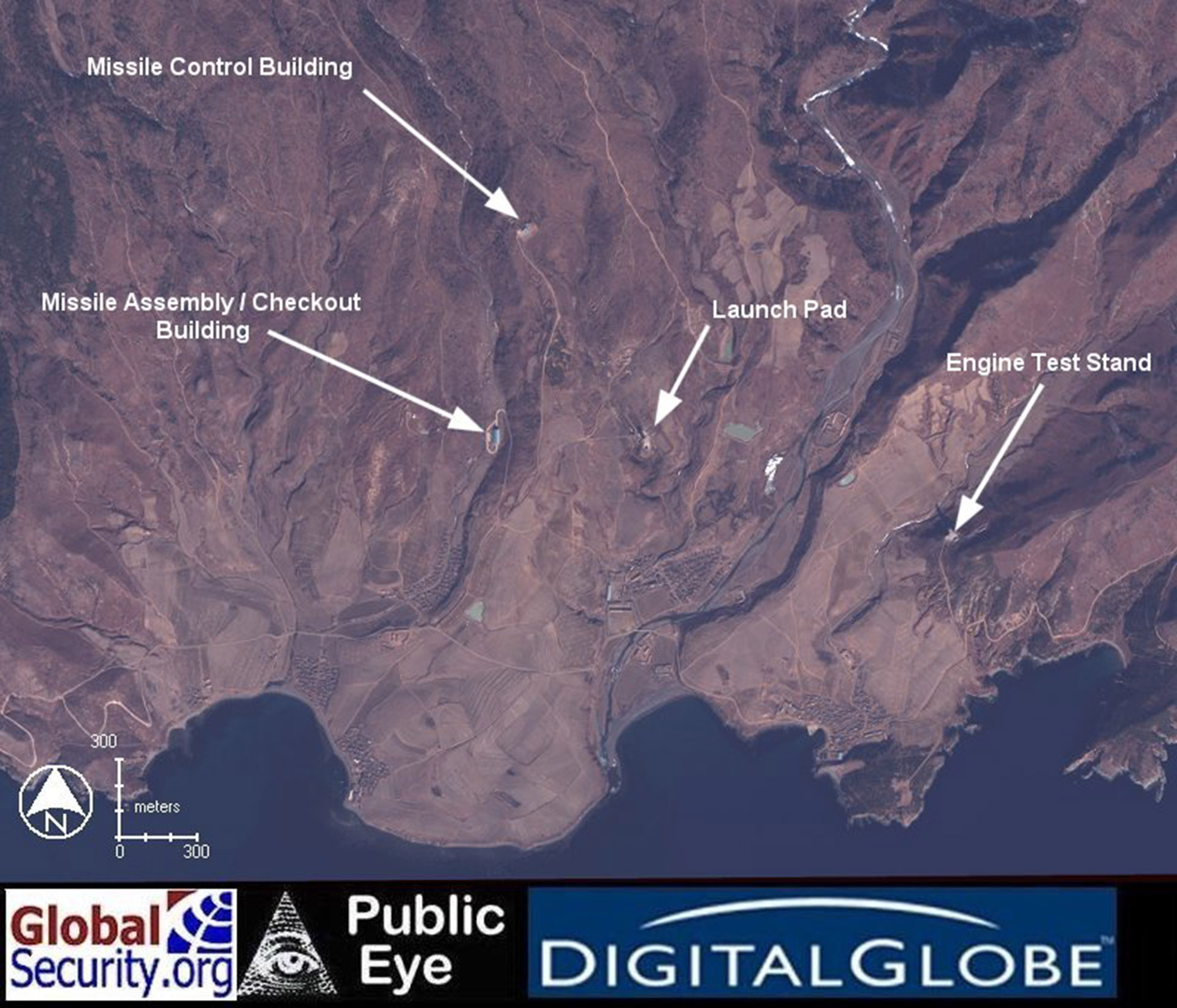 In North Korea, where commercial satellite imagery acquired in late May 2006 has captured activity at the the Musudan-ri test facility, world wide tension, not seen since the Cold War, is escalating around a potential Korean missile test aimed squarely at the North American continent. Former Secretary of Defense William Perry (under Clinton) has called for a pre-emptive attack on the missile base, while George Bush is in Vienna discussing options with leaders of the European Union:

“Therefore, if North Korea persists in its launch preparations, the United States should immediately make clear its intention to strike and destroy the North Korean Taepodong missile before it can be launched. This could be accomplished by a cruise missile launched from a submarine carrying a high-explosive warhead. The effect on the Taepodong would be devastating. The multi-story, thin-skinned missile filled with high-energy fuel is itself explosive — the U.S. airstrike would puncture the missile and cause it to explode. The carefully engineered test bed for North Korea’s nascent nuclear missile force would be destroyed, and its attempt to retrogress to Cold War threats thwarted.” – Ashton B. Carter and William J. Perry

The notion of the pre-emptive destruction of the Taepodong II missile in the current climate of world wide political crisis surrounding the war on terror has apocalyptic overtones, suggesting an unstoppable, escalating nuclear warfare that could spin out of control.

Let’s hope the Gespritzter is flowing in Vienna.