Despite the surging interest in Internet broadcasting – Facebook Live, Twitter Periscope, Livestream, UStream, et al – this emerging phenomenon is still, almost, the same one-to-many paradigm as good old-fashioned network television. There is one essential difference though: you no longer need a television network, a stable of reporters, studio trucks, satellite dishes, high-end cameras, and a corporate budget. No, you can transform yourself into a mobile global broadcaster, using only your iPhone and an Internet connection to beam live images around the world.

But social media net broadcasting is still primarily a solo action, despite the reciprocality of commenting. Both Facebook Live and Twitter Periscope incorporate messaging, likes, etc., but once the broadcast is initiated, only one person at a time can transmit video, while viewers interact via chat. It’s still a hierarchical relationship between broadcaster and audience.

Social media broadcasting doesn’t come close to fulfilling the idea of what I consider true social broadcasting. With the Third Space Network, a new project I am launching here at the School of Art, Design & Media at NTU in Singapore, I envision a much more socially-engaged form of Internet broadcasting, allowing for simultaneous broadcasters, performers, activists, or commentators to remotely coalesce in the third space (shared network space).

You might think of Webconferencing as a dynamic social space for live broadcasting, but there are limitations here as well. Whether you are using Adobe Connect or Google Hangout or Zoom, if you want to broadcast video art or electronic music or a live performance that requires detail and depth, the options are finite. Despite the many attributes of video chat, Webconferencing is more like a group telephone conference call, except with live cameras and Powerpoints or perhaps a live image of the moon (see below). This is still not the future of social broadcasting.

In my view, social broadcasting is what Nam June Paik had in mind in 1984 when he produced Good Morning, Mr. Orwell, the first global collaborative artist television production. In this legendary work, Paik used satellite broadcasting to create a real-time collage of multiple transmissions layered in time and space: a revelatory sequencing of artistic works by many of the art stars of the time, including John Cage, Merce Cunningham, Joseph Beuys, Laurie Anderson, Allen Ginsburg, among others. The work was intended to insert a utopian narrative into the dystopic prediction of Orwell’s classic 1984. 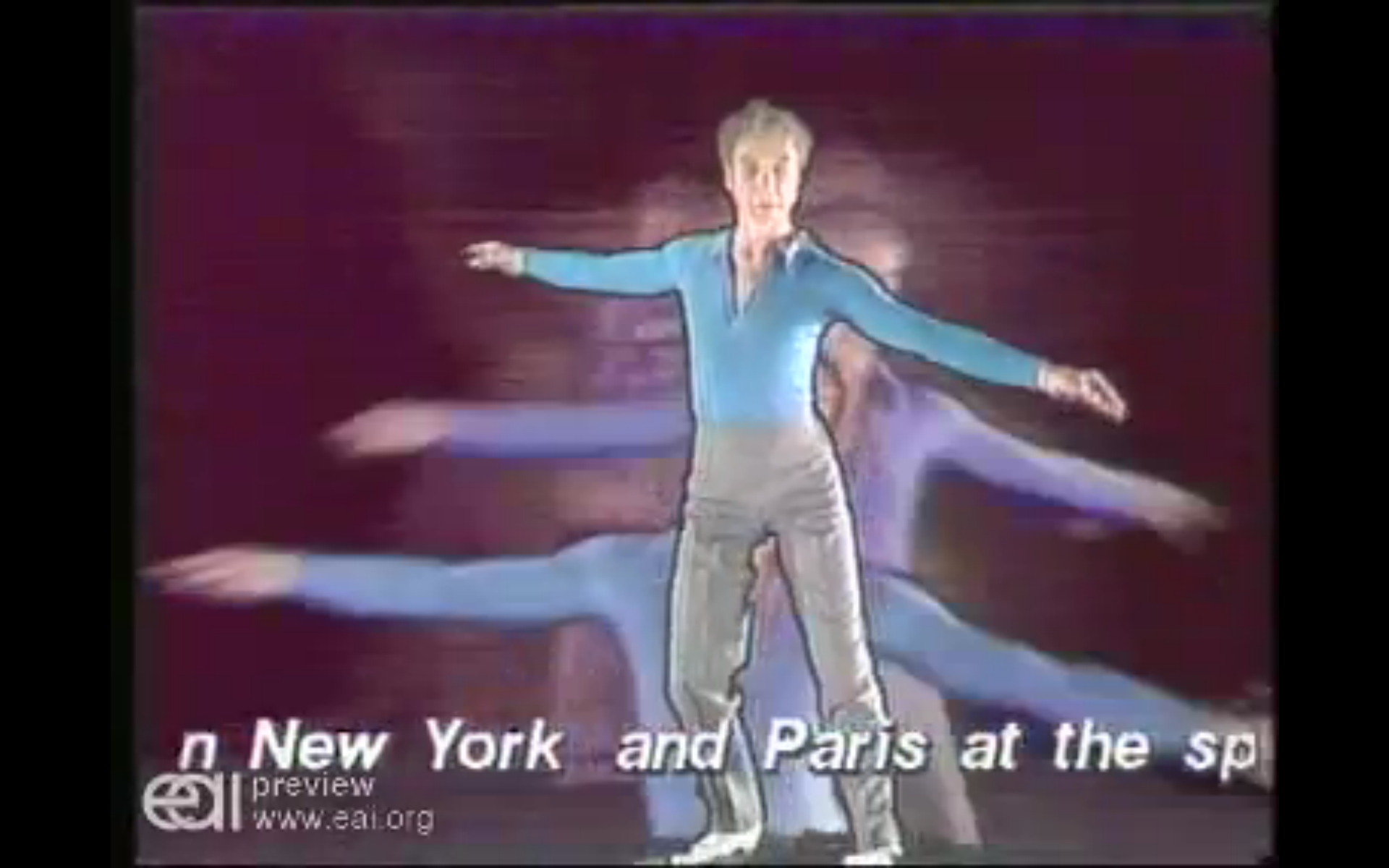 As envisioned with the Third Space Network, social broadcasting as an artistic medium is an integration of video chat, video-on-demand, and multi-artist video transmissions of collaborative live events (performance, interviews, lectures, etc.), which all coalesce into a single 24/7 channel distributed via the Web. While for Nam June Paik it was relatively straight forward to produce Good Morning, Mr. Orwell via satellite hookup, it is a very complex issue over the network. This is because video chat is low latency with minimal delay (to achieve near real-time interaction), while high-definition net broadcasting is high latency with maximal delay to initiate glorious full quality bandwidth (well, almost). It’s like co-existing in multiple time zones simultaneously: how do we synchronously inhabit the third space with varying speeds of transmission? 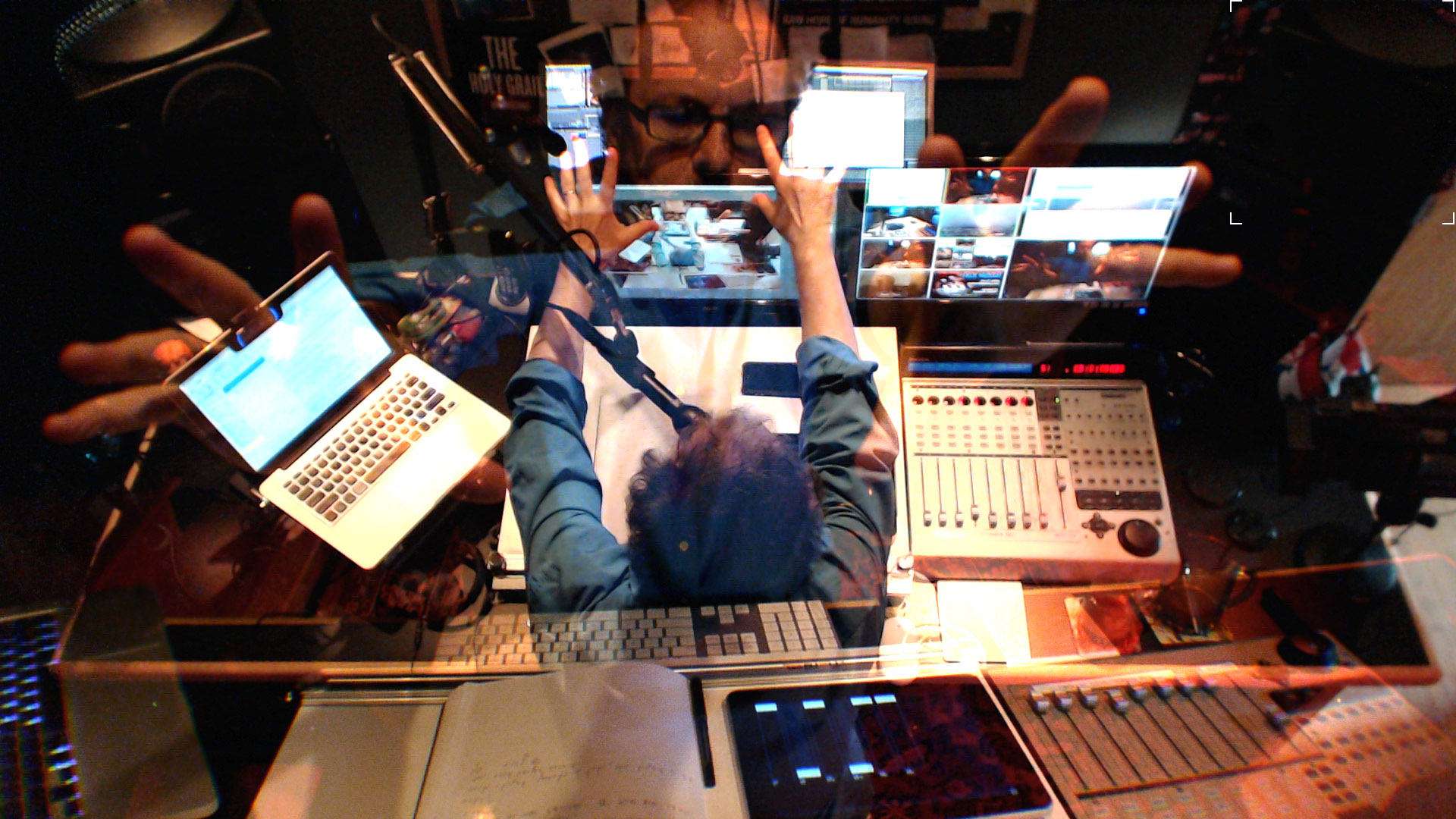 The problem that lies at the heart of social broadcasting is the production of a versatile approach to streaming art. For the dissemination of audio-visual work, you might want artifact-free depth and quality (not to reject the notion of glitch art), while for guerilla-style reportage, artist interviews, collaborative performance, or networked agitprop, you may want a social dynamic between remote participants that requires speed and interaction. Additionally, you might want to have full control over the interface, in order to create a virtual theatrical edifice built from the ground up in an open source environment (such as WordPress). You would rather not rely on the constraints of off-the-shelf conferencing software, which may be more appropriate for the board room than for experimental performance art.

Ultimately you want flexibility and modularity, you want transitions between immediacy and quality, you want to render your aesthetic sensibility, you want a multiplicity of artistic voices, you want endless bandwidth or not so much, you want live and on-demand, you want it all(!), in order to embrace a network of sensibilities and strategies that call for independence and a radical commitment to each and every participating artist-broadcaster. It is that kind of fierce approach to live networked art that underlies the Third Space Network of social broadcasting.