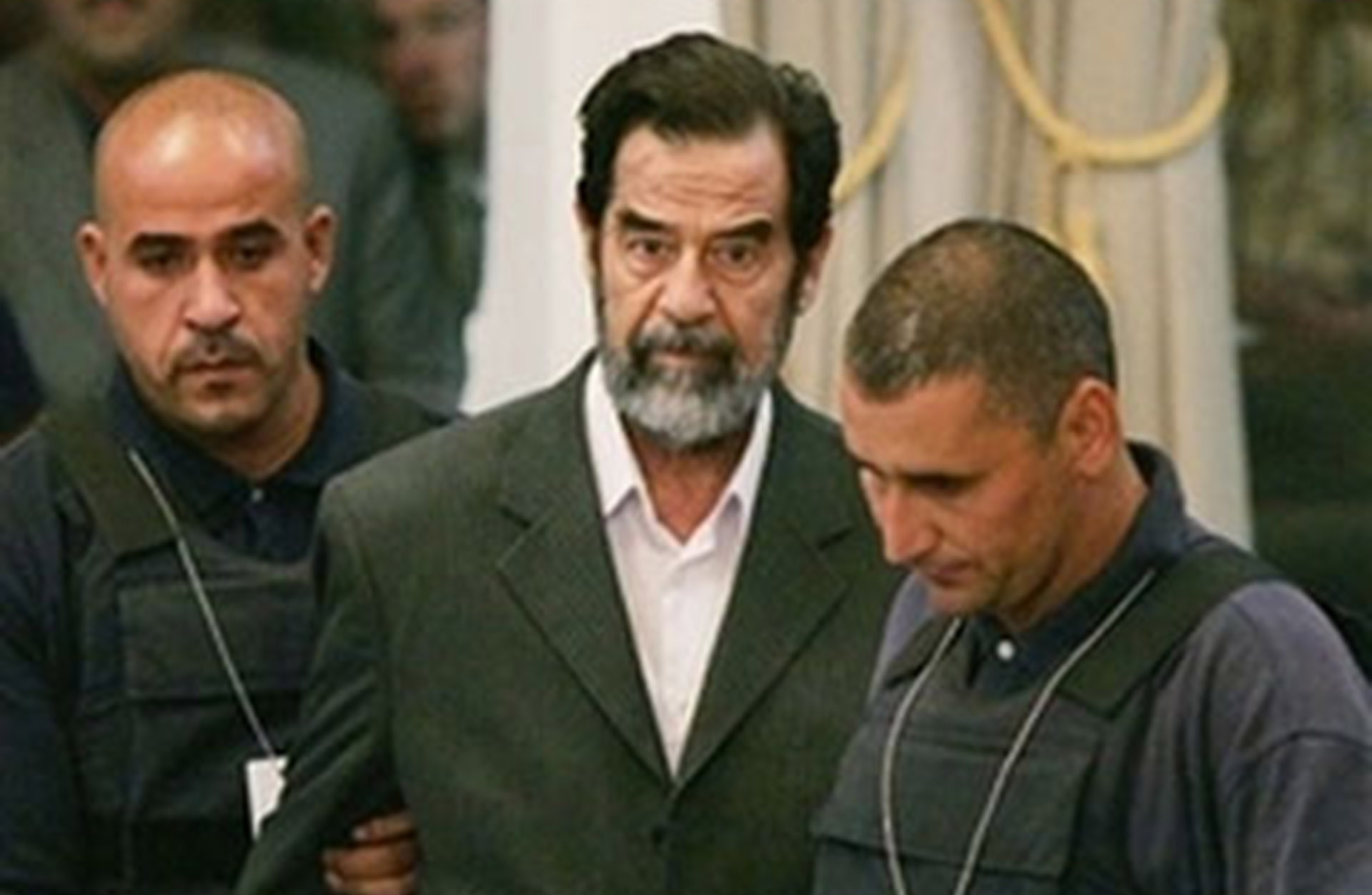 “Dear faithful people, I say goodbye to you, but I will be with the merciful God who helps those who take refuge in him and who will never disappoint any honest believer.” – Saddam Hussein

The Beast, which you saw, once was, now is not, and will come up out of the Abyss and go to his destruction. – Book of Revelations 17

Saddam Hussein, the evil Beast, the fiery dragon, who was extracted from the Abyss of his spider hole where he was hiding after the fall of Babylon, is about to be slain by the Lamb of God, the American-backed puppet-judiciary of the New Babylon.

This is one of the final chapters in the untold story that will be unveiled following Saddam’s Execution.