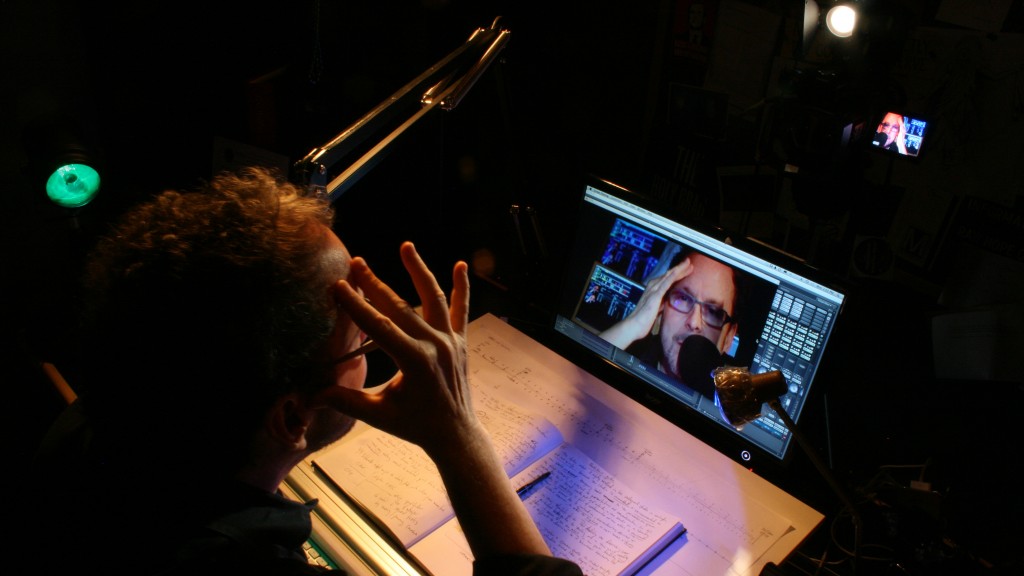 The Open Source Studio concept has evolved considerably since its inception during the fall of 2012 in the hallowed, Disneyfied virtual hallways of the California institute of the Arts. OSS was originally intended to be a course, then a project, then it became a group identity: well by the end of the semester it had become something akin to a religious cause. Not to become too grandiose, OSS felt like something new, and like all things new, it had a sense of purpose – maybe destination is a better word –  for everyone who came into contact with it. OSS felt the way art should and could be when it really matters: even to a group of graduate students who are generally pretty jaded.

The “movement” continued, when I took OSS to Singapore, where undergraduates from the School of Art, Design and Media at Nanyang Technological University took a spin around the virtual block. Open Source Studio proved contagious and relevant once again, as my little group of five ferociously smart and funny students created new work that expanded the possibilities of the online medium.

Now (while sitting in a little Cape Cod café on a hot summer day) I am taking stock of OSS. I have come to realize it is all or none of the above, rather, the project has returned (at least conceptually) home to its roots, to the scene of the crime, the bunker, where I began to experiment with designing a set and a broadcast studio for my Internet performance work: The Post Reality Show. Yes, Open Source Studio is a studio space that situates itself neatly across the digital divide between the real and the virtual (post-real), the local and the remote: that is, the Third Space. OSS is a Third Space studio, a new kind of studio, a studio without boundaries, a studio without limits, a studio that doesn’t confine itself to a physical space. OSS is a studio that moves at the speed of light.

Open Source Studio is, quite frankly, anything I want it to be, because it flies under the radar of physicality. It defies the laws of gravity, in fact it subverts everything we associate with the “known world.” My OSS studio takes its form from flights of imagination, away from the knowable and the predictable and towards the unknowable, the impossible, and the uncategorizable. OSS is a place where things are fashioned that could be, rather than simply “are.” OSS precedes what is real, it exists in the virtual (that which has the potential of coming into being) and luxuriates in the freedom of letting go of constraints that might inhibit the artist (or anyone) of dreaming things that don’t yet exist, even if they never will.

The OSS “project” has come a long way. Its mercurial existence has established a place to work freely, where geographical distance no longer matters, where anyone can be connected to anyone else, where even time is suspect as a logical, linear continuum. This is the hallucinatory cyber-realm that William Gibson imagined; it is the expanded-cinema / synaesthetic realm that Gene Youngblood described, it is the ever-present present time / out-of-time for moving through the hyperreality. It is all those things brought into the studio context. It is not just some starry-eyed, drug-induced place to be, but rather it is a place to work, make things, collaborate, and engage. It is an active space, where things happen, and best of all, where things change and become new and indescribable.

So it’s no wonder OSS took on a quasi-religious quality in its recent manifestations. We all know that art is much more than auctions and glamor and star-studded international glitz-festivals: art is just a simple (and elusive) thing to be made and experienced in a wondrous place where anything is possible and where the limitations of life itself don’t get in the way.