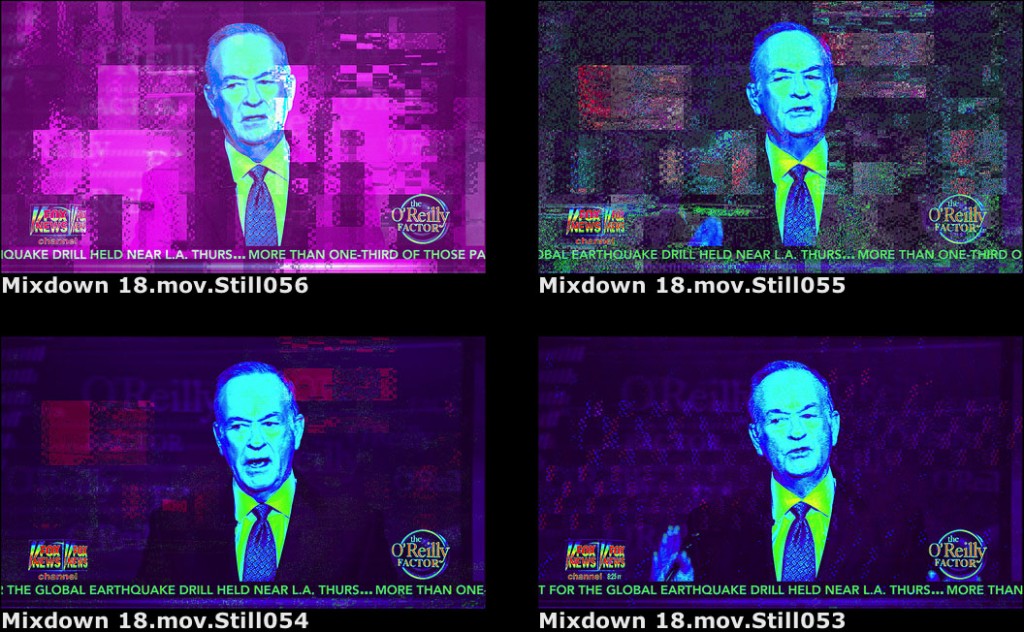 In one regard, painters are lucky. Yes, and only in one. Painters create objects that have an Afterlife. What do I mean by an Afterlife? Nothing so religious or mysterious as you might think. What I mean is that the painting will most likely have a life after the life of the artist is over. Painters make objects that are relatively sturdy, don’t need to be migrated to another platform, or redigitized at a higher resolution. A painting is a painting is a painting and that’s it. You generally don’t need to tinker with a painting unless perhaps, the work has a life span of a century or more.

What I am talking about is the Afterlife of the digital object. The object’s existence on the other side of the artist’s own life is a nebulous one. In fact, it’s very existence is threatened within just a decade or two of its creation, depending on the medium. Now if we are talking about a digital image, video, or sound, chances are the object could easily be 20 years old, but then again, where does the object live? If it’s on a CD, good luck if that disc can still be read. If it’s on a firewire drive that is just a mere 10 years, chances are it can’t be read. But even worse, if you’re digital artwork is not an image, a video, or a sound, but rather a script made of java that runs on a Web browser, it’s possible it may not be accessible within just a few years. There is a whole genre of net art that has already been deposited into the Internet junkyard, some of which lives on the Websites of museums I won’t even mention. Yes, it’s a crisis!

And so, an artist who makes things out of pixels, that are indigenous to the computer medium, that require electricity for their very survival – well, you’re eventually going to be out of luck. If you manage to keep your objects from becoming so much digital compost, you are surely out of luck once you die. For what is going to happen to your Flickr account where you keep your images; your Vimeo account where your videos reside, your Soundcloud account where your musical opuses are stored. And what about your WordPress site where your portfolio has been tended and viewed for years and years; your Web hosting company where your valuable work is stored on some remote server farm; and what about all your email correspondence that lives on a computer that will be retired once and for all. Talk about a dilemma!

Whereas the painter of olden times would have their works distributed to homes and galleries and museums; the painter’s correspondence would be collected in neat volumes of letters, or at least be stored in a vault or the basement of their kids; the digital artist has a tragic situation like none other – their work will most likely be erased when their gone. Yes that’s right, the digital artist’s life and work will simply be erased from the collective memory: except for those works that were transferred to the old-fashioned media of print or video tapes.

Before you get really depressed, the situation is not altogether dire. For those artists like myself who dare organize their work, create databases for tracking and retrieving digital objects, go about the arduous task of naming and cataloging everything with relentless care, their work might just have the Afterlife it deserves.

So just imagine, the digital artist at the deathbed bequeathes their body of work to a museum archive or University library, a safe deposit box, or even the basement of their offspring, the work could actually live on! Just imagine all those images and videos and soundfiles neatly stored on a hard drive, with instructions for climate control and migration, well yes, there’s hope! An artist’s entire life’s work in a metal box smaller than a shoebox might just have an Afterlife. And for those artists lucky enough to have a digital caretaker, it’s possible that all those files could be stored on a server so they can be accessed, using whatever medium might prevail in the future.

It’s all a bit far fetched but the moral of the story is this: you can’t be an artist and casually store your work like a painter might and expect it to be around after you’re gone. You have to be your own IT department, lovingly caring for those objects, insuring their organization, neatly arranging them with names and subdirectories that will never change. You need to be your own registrar, your own digital curator, your own database manager, or else you can forget about all those wonderful files you have worked so hard on having a life after you’re gone.

You could though, in the grand tradition of such artists as Jean Tinguely, who created the self-destructing sculpture Homage to New York, erase your work in one defiant act, and avoid the trouble of insuring for its preservation, but I have decided to take another route. That is, to consider the organization and preservation of the work integral to the process of making it, part of the workflow so to speak. If there is connection back to the Afterlife, it’s that you better dig your own grave while you’re living your life.