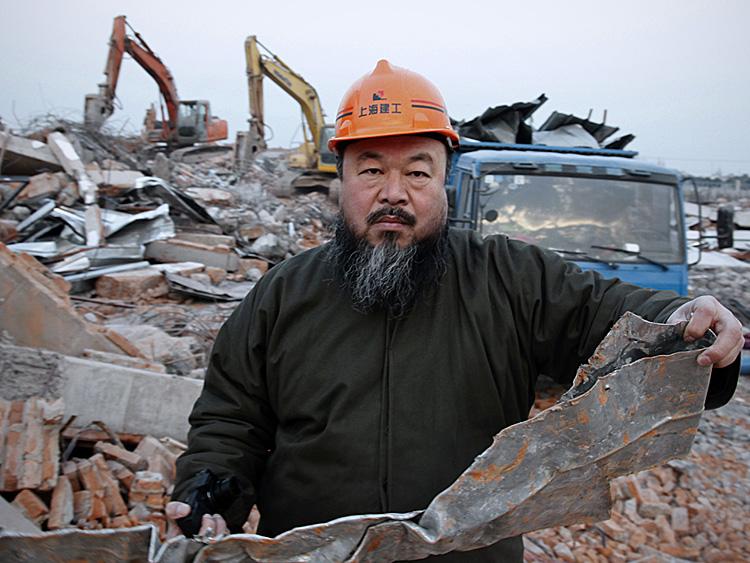 The Ai Weiwei film, Never Sorry, is testament to an artist who finds every means possible to defend freedom. Nothing less. The rubble in this photograph is the artist’s own studio, demolished by the police with Wei Wei’s assistance. He chose to fight this persecution by joining the demolition, documenting their every action so there would be no doubt of how it happened. He helped them with extraordinary bravery, insight, and imagination. He guided the process, he helped crush his own world because he knew that was the only way he could fight back. The Chinese government could only be threatened by the artist’s own acceptance of the atrocities as they unfolded.

Yes, it is dangerous being an artist, but only if you refuse to deny action in a world turned against humanity. If anyone deserves the Nobel Peace Prize, it’s Ai Weiwei, who proves every day of his life that the artist really can change the world by showing how to say no to denial. No regret, never sorry.