Donald TRUMP has become a poster boy for Brexit, leading the charge from the golf links of his newly opened TRUMP Turnberry Resort in Scotland to declare victory for the British working class who have risen up from their oppressed conditions to take leave of the European Union.

TRUMP Turnberry Resort, with its marketing slogan “the allure of a legend,” casts itself as an “out of this world experience,” where you can spend the night in the majestic Lighthouse Suite, the “ultimate in luxury accommodation.” It’s from this otherworldly vantage point that TRUMP gives voice to the poor Brits, who in their rejection of the European elites have set off a global chain reaction of economic chaos that is rippling apocalyptically across the world’s markets. Yet in the wake of this seismic shift that threatens to unravel the European Union, it is from the sublime sea views of Turnberry, one of the most idyllic settings on earth, that Donald TRUMP supremely cuts the ribbon on his new shiny golf course, telling reporters:

“When the pound goes down, more people are coming to Turnberry, frankly… for traveling and for other things, I think it very well could turn out to be positive.” 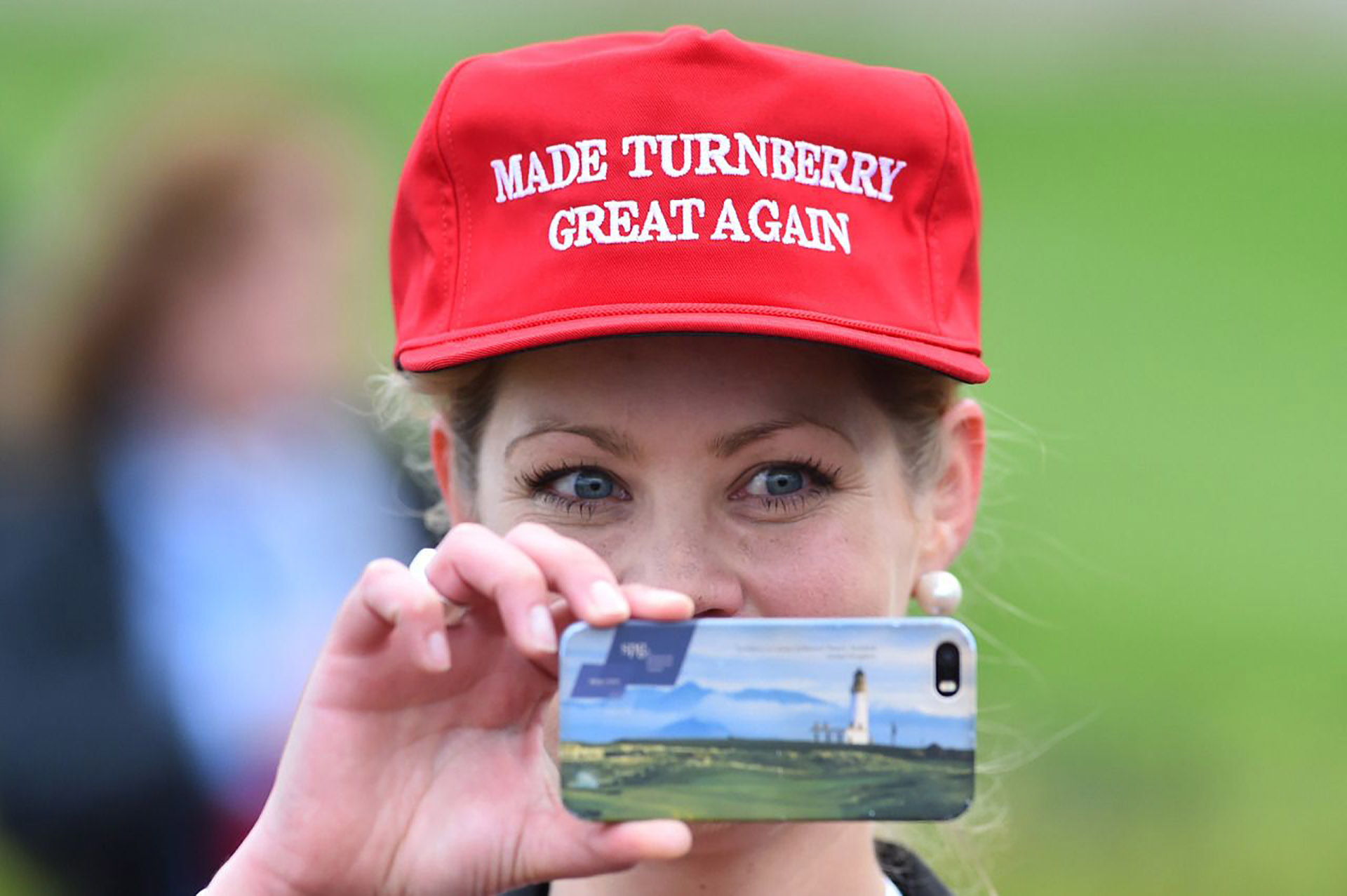 In an attempt to escape his tempestuous campaign for a few days, TRUMP landed at Turnberry in his G-TRMP private helicopter (after a night of traveling in the gold plated 757), announcing Brexit as a fantastic personal victory, validation of his own anti-elite campaign to defend the rights of hard working people who have missed out on the economic spoils. Surrounded by his adoring resort staff wearing “Made Turnberry Great Again” hats, TRUMP reiterated his position to shift the balance of power to the abused little guy.

As one of the most consummate performance artists ever to undertake a political campaign, Donald TRUMP has taken his Show on the road to Scotland in the role of a new kind of revolutionary activist leader on a new kind of world stage: the golf links of TRUMP Turnberry Resort featuring “five of the world’s best par 3’s and a stretch of coastal golf that is unrivaled throughout the world.” 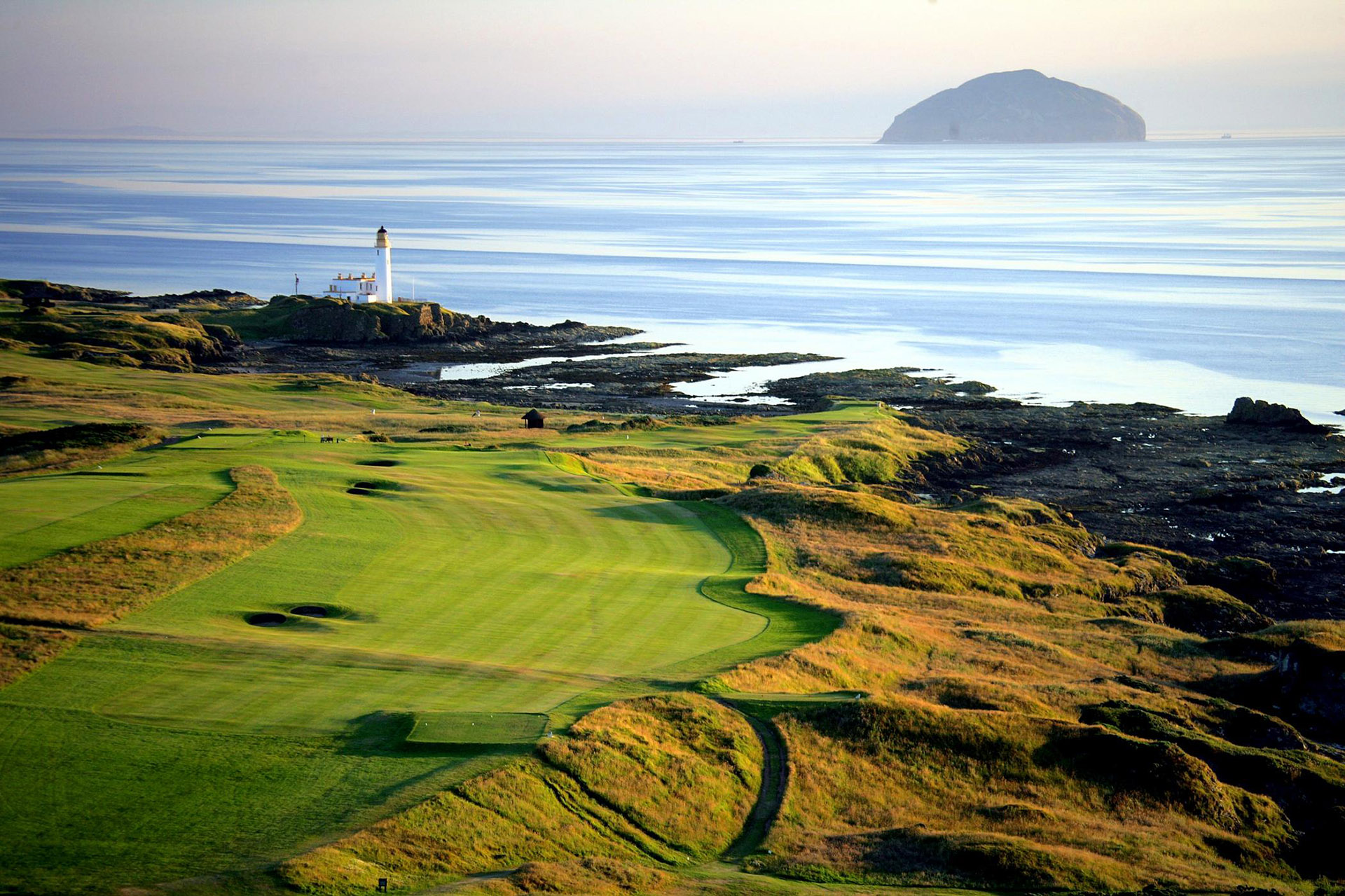