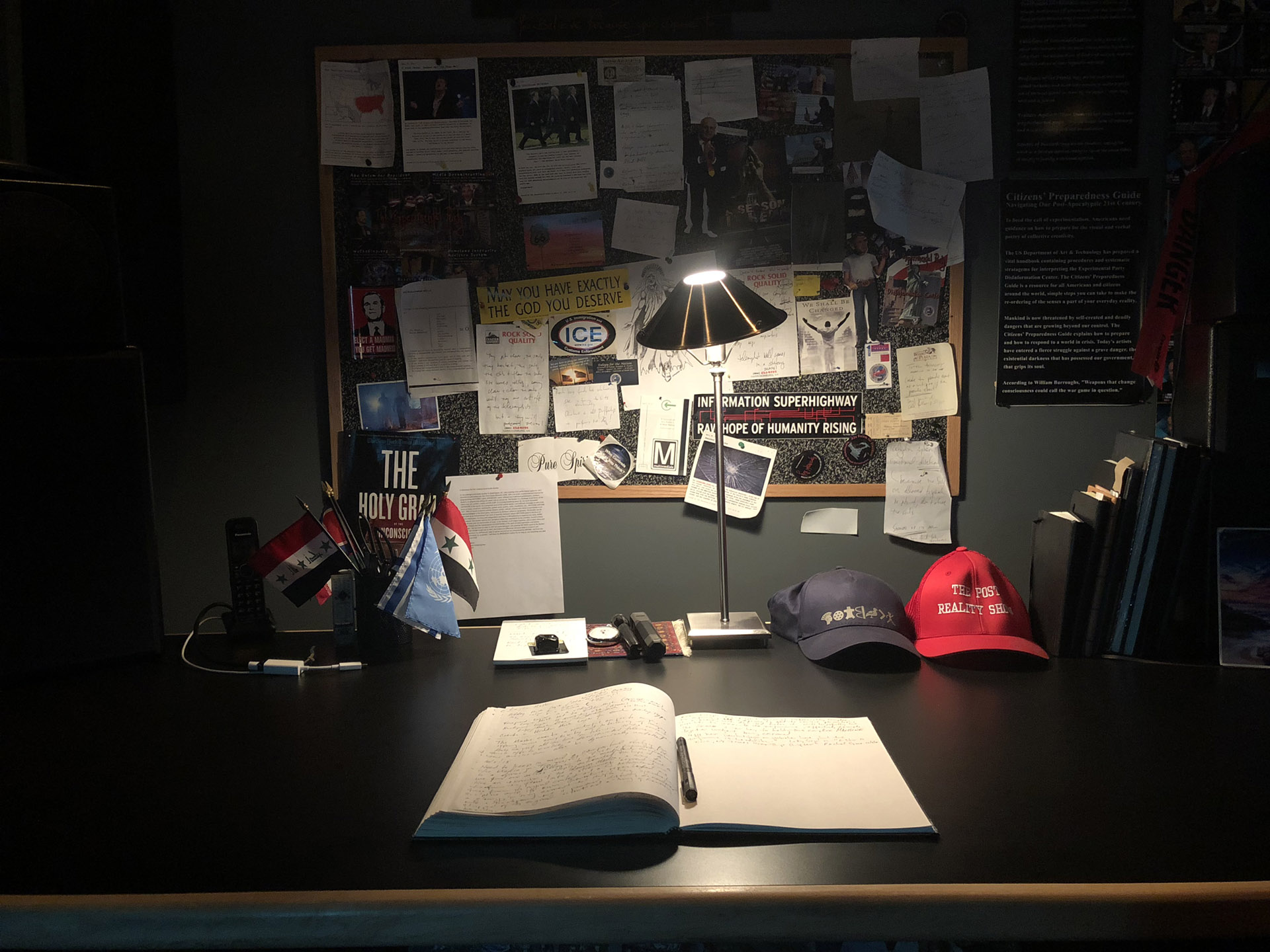 Here in the Bunker, my life in Singapore is receding as a very distant and faded memory like a strange dream that evaporates in the light of day. The Bunker is my home again, where I can carve out a sense of order & production & communication. The Bunker is a space for the interior dialogue, connected to everything & everyone & everywhere: all the voices that hover around and infiltrate this space of refuge.

The Bunker is dark and jewel-like, it is a permanent installation, it is a retreat from the exterior world but at the same time is is OPEN as a conduit via the BROADCAST. Here in the underground studio bunker while navigating interior regions I remain tethered to the exterior world by the umbilical Network that binds us all. LIVE & REAL-TIME.

The Bunker is revealed, it is an Open Source Studio. A source for documenting & detailing & meta-narrating what passes: IN & OUT. The Bunker is a stage, a mis-en-scene, where I write & direct & produce EVERYTHING. There are no gatekeepers here, no rules, no canons, no obligations, no authority, no one telling me what I can or cannot do. The Bunker is anarchic, anything & everything goes. I make it all up, not beholden to anyone, nor any deadlines, nor any criteria, styles, mandates. I make the rules and then I destroy them. I chart my course, and then I veer far from the plan. I obliterate the demands & cronyism of those who attempt to define what artists should do and shouldn’t do. Here there is no definition, no reason to explain, except the notes I compile in the ACT of DOING.

The Bunker is a place of liberation, where I can speak my truth, or not. I can construct my own cosmology, systems, and hierarchies. And within this cosmology, I can destroy these very systems and hierarchies and then invent new ones. There is a bit of magic to the Bunker, it is both protected and vulnerable, it is defined by its solitude, where in fact it has none. It is quiet while I create deafening noise. Here I can make things up, without any repercussion. I can invent both chaos and order and mix them up. I can lash out at the world, and then retreat into profound humility. I can contradict myself, I can allow any emotion or idea or rant to emerge at any time about anything I choose. I can become a tyrant or a saint and all things in between. The possibilities are endless.

It’s good to be back in the Bunker, ready to take things to the next level. Or not.