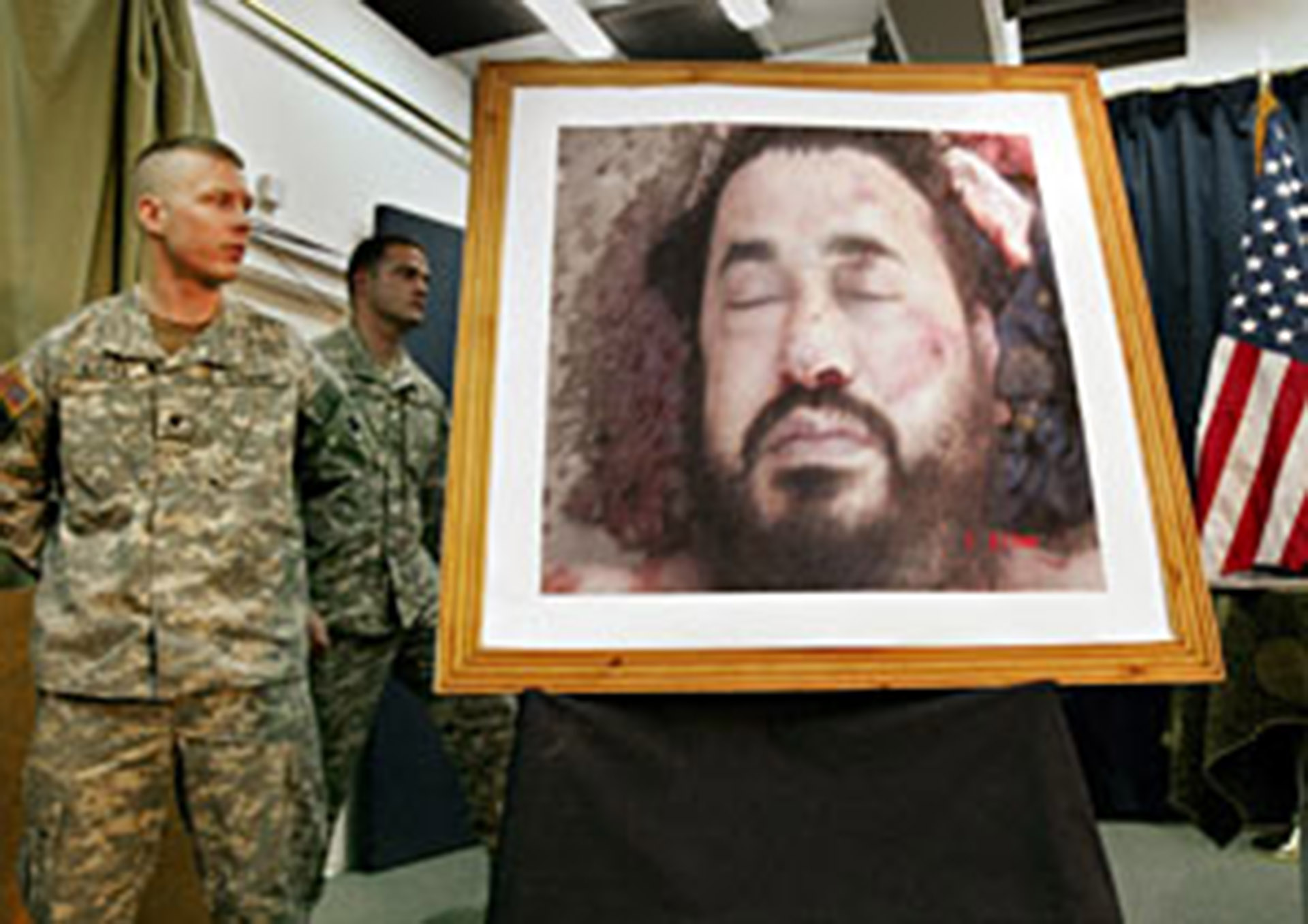 The US Military holds up a framed image of al-Zarqawi, proof of it’s latest “catch” in the so-called on “war on terror.” Just imagine how this flagrant display of killing (like a big fish) is resonating throughout the Muslim world.

The debate rages on over the conflict in Iraq and the dialogue with the Government sidesteps the real problem: the so-called “war on terror” is an ideological battle between fundamentalist positions derived from religious narratives that are completely non-negotiable. Both sides agree on one thing: Death.

Military tactics, whether they be smart bombs or suicide bombs, constitute the only language they speak. Meanwhile the problems of the ideological rages on: unresolved, untreated, unanalyzed, unacknowledged. The American Government, while it pursues an ideological vision that is wildly out of step with reality in the Middle East, is only capable of seizing this vision through force. It doesn’t understand, nor does it even want to understand that its tactics of Western dominance, the imposition of its ideology, only inflames and perpetuates hatred among Muslims. The US is incapable of admitting that its policies breed alienation throughout the culture of the Middle East, and that this alienation resonates, spreads like an infection, it breeds greater degrees of alienation that ultimately manifests itself in the form of violence.

The problem is clear: government does not have the tools and ability to analyze culture, particularly foreign cultures. This is where government should turn to and collaborate with the artist. The artist can function as a mediator between the individual and a hostile world because the artist has direct contact with the individual spirit, as well as the innate ability to analyze the larger culture and its conditions.

To understand the cause of war is to have the ability to analyze the resonant nuances of alienation, to be able to dissect the culture, to ultimately reveal the nature of alienation and fear within that culture.

Dangerous regimes always breed from the festering of alienation, so by fanning the flames, we sabotage the impossible dream: encouraging freedom and democracy.