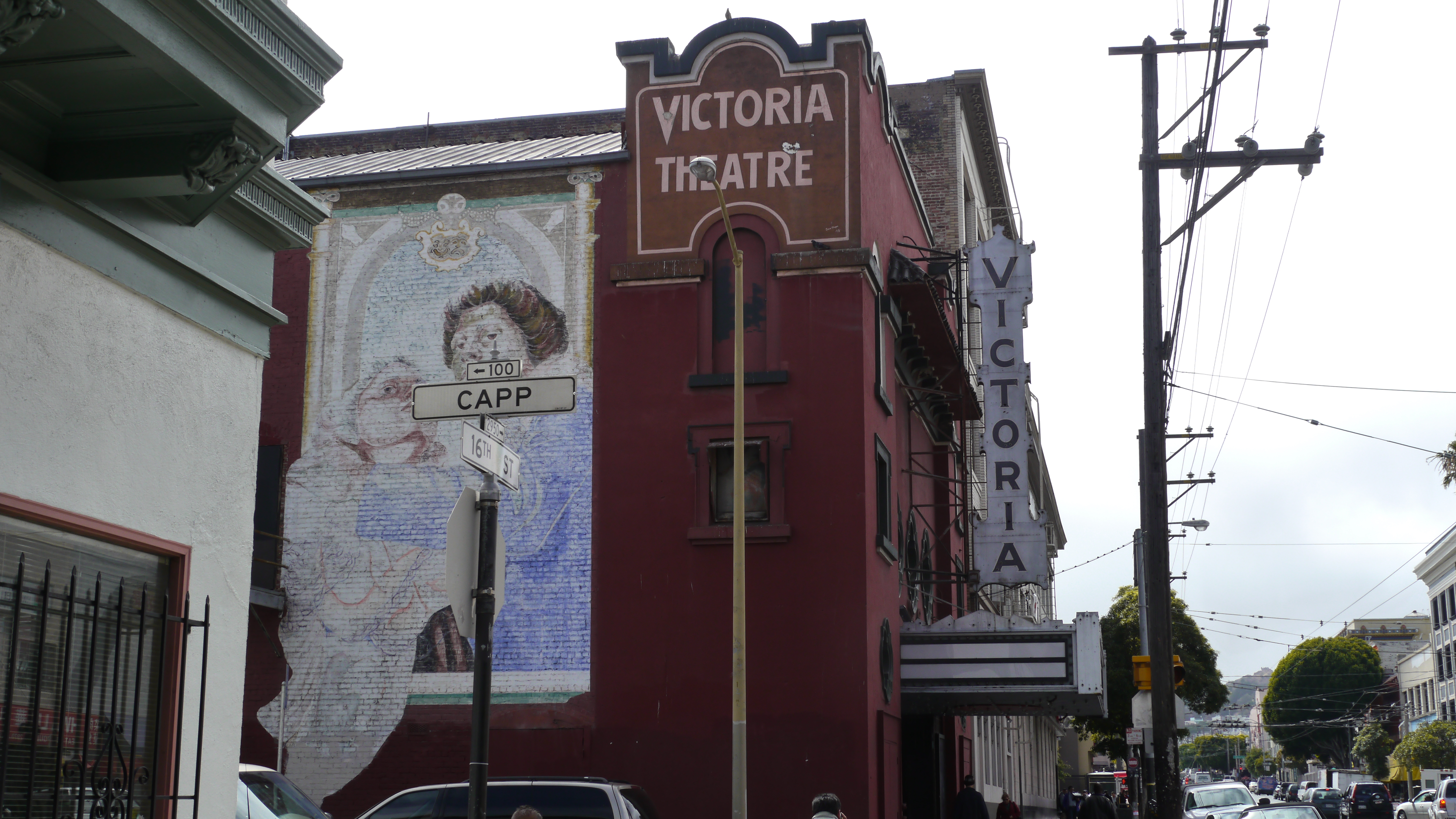 Now a haunted house of ancient theatrical spirits, we walked by the forlorn Victoria Theater in the Mission District of San Francisco. Once upon a time, the Victoria Theater was a venerable opera house where Enrico Caruso sang old Italian arias. But it was also the site of the first event I produced under Zakros InterArts in October of 1988: The San Francisco Tape Music Center Retrospective. For one extraordinary, magical night, it came alive with the seminal multimedia works of Morton Subotnick, Pauline Oliveros, Ramon Sender and Tony Martin, the instigators of the infamous Tape Music Center that launched the experimental arts in San Francisco during the 1960s.

It was a heady night of performance antics, new media, myna bird, and electronic music. Pauline Oliveros and Gordon Mumma performed on accordion and bandoneon while negotiating a swinging seesaw with a myna bird squawking at the fulcrum; Mort performed Play I, a raucuos chamber music spectacle with musicians shouting and stomping their feet, with a vintage film of the composer wandering aimlessly around Nob Hill; and Pauline Oliveros performed Ramon Sender’s epic Desert Ambulance, while drenched in a psychedelic light show created by Tony Martin. As an entree to the show, we had the original Buchla synthesizer (the first modular synthesizer created on the West Coast) all patched up in the lobby generating random pulsations of strange noises.

Oh what a night that was, one of those “only in San Francisco” kind of nights, but now, 24 years later (oh my God!), the Victoria Theater is an empty, lonely, boarded-up building, and the electronic sounds of the SF Tape Music Center co-mingle with the crooning voice of Caruso in the ether of distant memory.